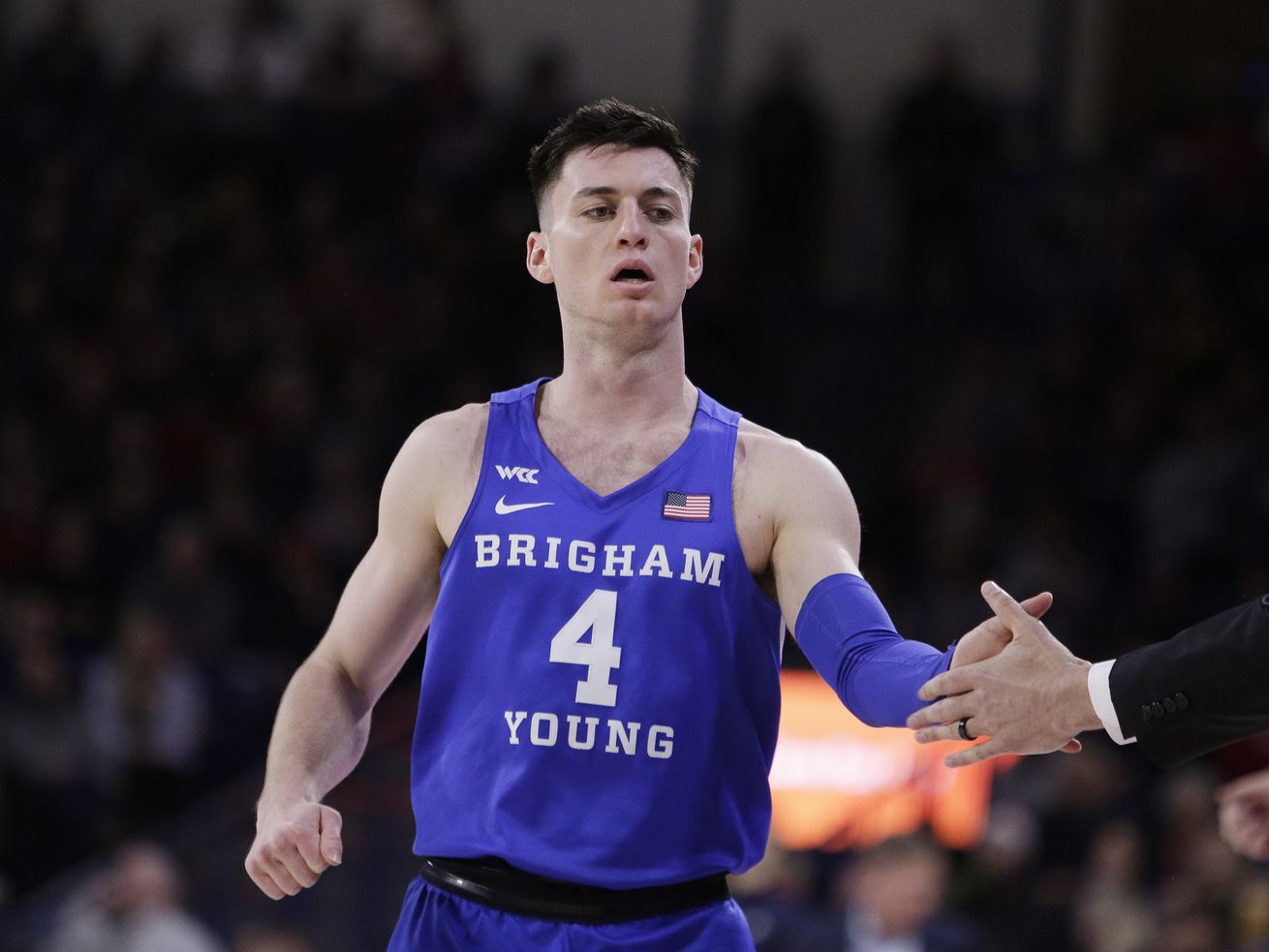 FILE: BYU guard Alex Barcello (4) returns to the bench during the second half of an NCAA college basketball game against Gonzaga in Spokane, Wash., Saturday, Jan. 18, 2020. | Young Kwak, AP

BYU leads the nation in 3-point shooting, and it showed why against LMU.

LOS ANGELES — With 7:30 remaining in the game against Loyola Marymount, BYU’s Connor Harding launched a 3-pointer from the corner and the ball bounced high off the rim, hit the top of the backboard and dropped into the net.

It was that kind of half for the Cougars, who hit a school-record 18 3-pointers and claimed a 77-54 victory over the Lions at Gersten Pavilion Thursday night. BYU leads the nation in 3-point shooting, and it showed why against LMU.

The Cougars were clinging to a 32-29 lead early in the second half before they went on a commanding 26-6 run — featuring six 3-pointers.

The Cougars extended their winning streak to five games and clinched a 20-win season after winning a total of 19 last season.

BYU missed its first five 3-point attempts of the game and trailed 8-4 in the opening minutes. But the Cougars’ first 3, by Jake Toolson, gave BYU its first lead of the game, 9-8.