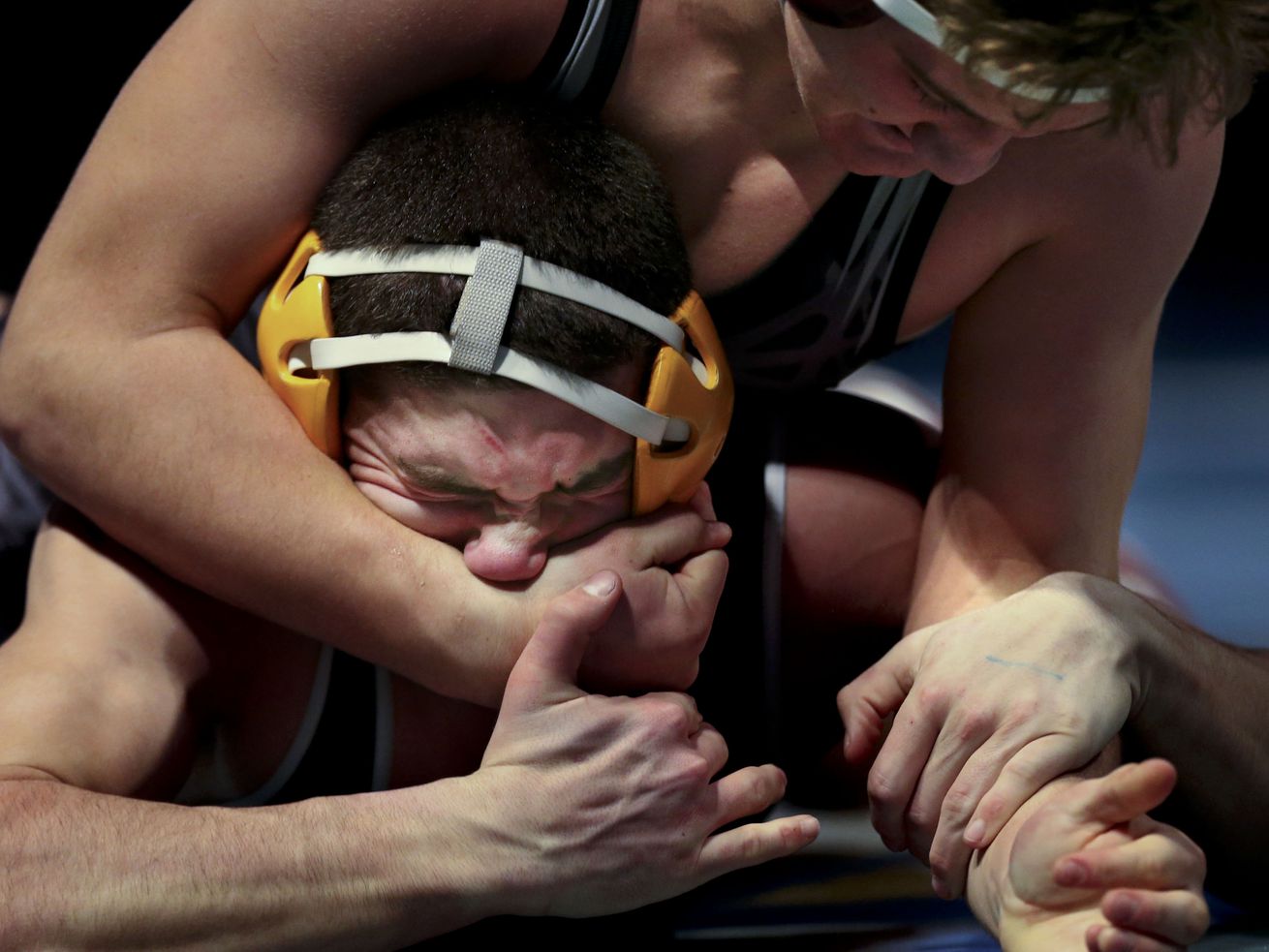 OREM — Entering Thursday’s final day of the 5A state wrestling championship, Payson and Wasatch were in a tight race, separated by just 4.5 points, with the Lions ahead after the first day. On the second day of the state finals, that race grew even tighter.

“You just go wrestle your next match, score the next points. You get ready. When it’s your time to wrestle, you wrestle as hard as you can and score as many points as you can. Win the last 15, win the first 15 seconds. When you’re done wrestling, then you go support your teammates,” Wasatch head coach Wade Discher said. “Just trying to get that mindset of being a competitor. It’s so easy to get wrapped up in the emotion of things that it depletes people of their focus.”

The Wasps broke through after two days of back-and-forth competition to take home their 22nd state championship.

“Pretty special. It was hard. This was the hardest one. It was the hardest one from the beginning of the year until now,” Discher said. “This one, we didn’t know. It took the process of the state tournament finding out the character of our kids and finding out who’s tough, and we saw it today. It was wonderful.”

Discher was most impressed with how his wrestlers embraced the challenge.

“They didn’t get rattled at any point. There was maybe a couple of letdowns here and there, but they stayed the course, they had a good focus and they were ready to go and battle and compete in every match. Matches we won, …read more