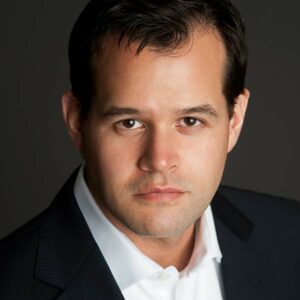 “There are many exciting things happening in the space community and this is going to be awesome,” Marquez said in a LinkedIn post announcing his move. “I can’t wait to work with all of you in my new endeavor.”

A former director of space policy for the White House’s National Security Council under the administrations of Presidents George W. Bush and Barack Obama, Marquez was most recently a partner at the consulting firm Andart Global.

Amazon — and CEO Jeff Bezos — is not shy about its ambitions in space. Among recent advancements, AWS recently unveiled an Aerospace and Satellite Solutions business segment devoted to developing data infrastructure and cloud services for the industry. And after gaining FCC approval for Project Kuiper — a constellation of 3,236 satellites that would provide broadband internet access across a wide swath of the globe — Amazon said it would invest more than $10 billion in the project.

Scallon was the head of WeWork Labs for California and the Pacific Northwest for two years. She announced she was leaving in a LinkedIn post last week.

“I have worked with incredible founders, partners, and coworkers, where I truly felt we were making an impact on the world for the better,” Scallon said.

Asia Orangio is CEO and founder of DemandMaven, a mentor for both GrowthMentor and …read more