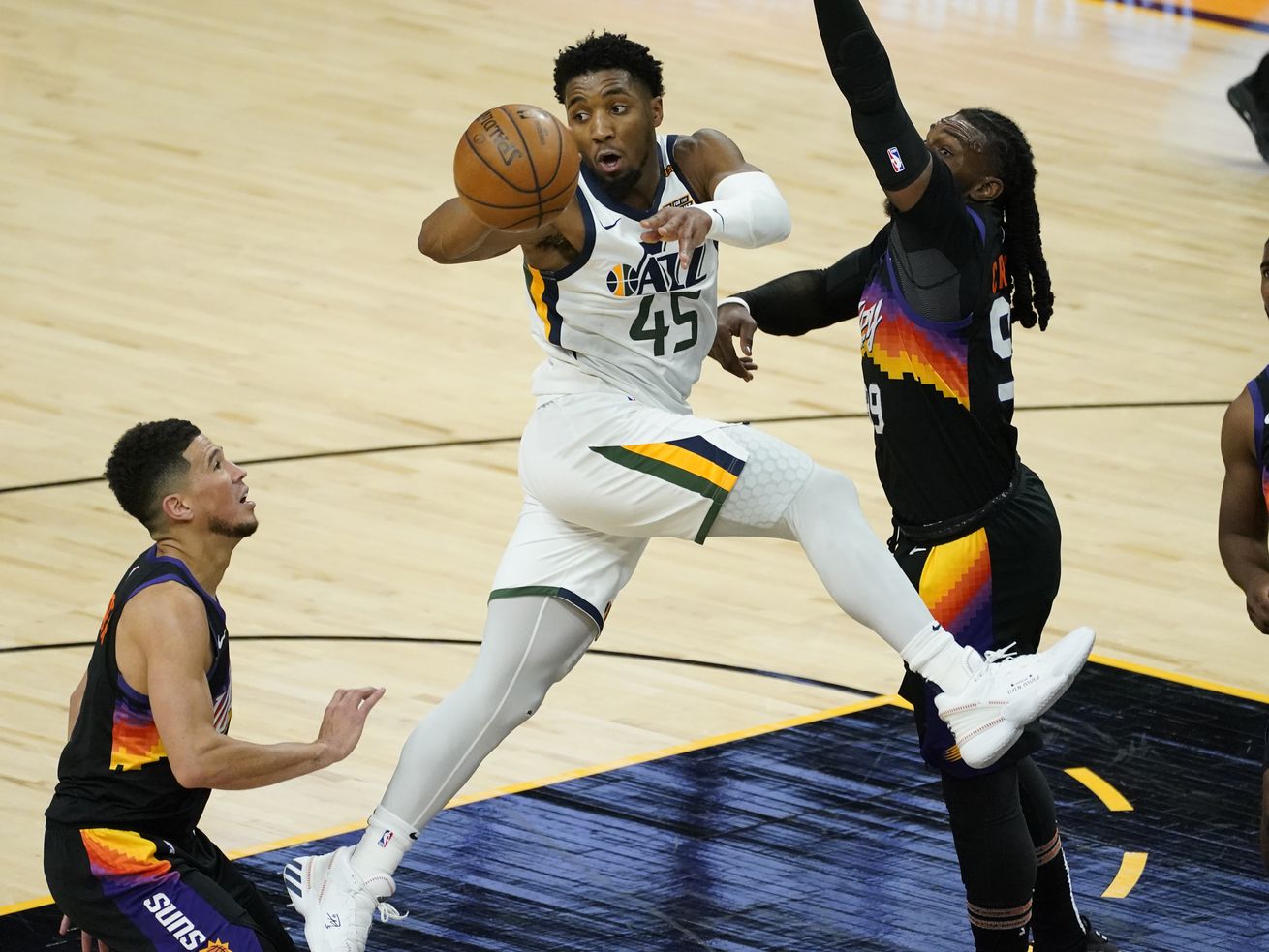 The West’s No. 1 Utah Jazz lost 117-113 in overtime to the West’s No. 2 Suns in Phoenix on Wednesday. The loss closes the gap between the second and first seed with the Suns now just 1.5 games back from the Jazz.

The Jazz followed up a poor shooting night in Dallas with a very rough first half against the Suns. That being said, the Jazz defense kept them within perfect striking distance through the first 24 minutes of play. The Jazz shot 35.4% overall and 14.3% from 3 in the first half and were only down by 11 at halftime. Yes, that’s double-digits but it’s not nearly as bad as it could have been considering how poorly they were shooting and how bad their spacing and passing was in the first half. That’s a huge credit to the Jazz defense.
Donovan Mitchell scored 28 of his 41 points in the second half and overtime and that included some seriously timely buckets, including a 3-pointer to tie the game 102-102 with just 10 seconds left in regulation, the shot that sent the game into overtime.
Royce O’Neale missed a shot pretty badly (it really wasn’t even a good shot to take) but he got back on the defensive end and blocked the shot of Cameron Payne, a play that resulted in a transition 3 for Bojan Bogdanovic. O’Neale wasn’t hitting shots but he was all over the place making good plays. He only recorded four rebounds on the night, but that’s the kind of number that is misleading. O’Neale was working the boards, tapping balls out for …read more