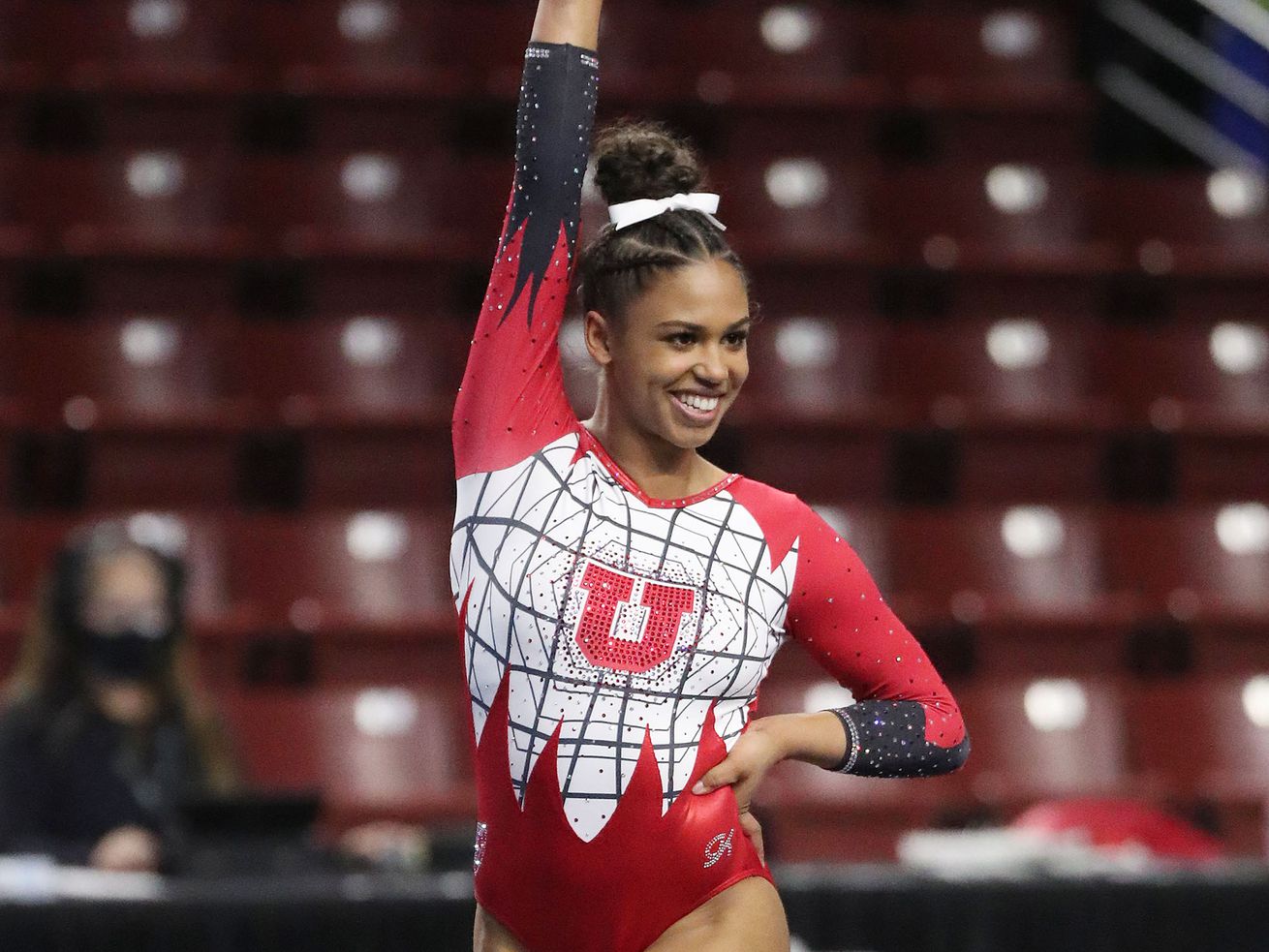 Rucker’s stuck vault was the culmination of years of hard work, after a pair of knee surgery’s threatened to upend her gymnastics career.

It was the final rotation of the Salt Lake City Regional final and Utah was reeling.

Up to that point in the competition, the Red Rocks had dominated inside the Maverik Center, building what appeared to be an insurmountable lead over LSU, ASU and Kentucky, but back-to-back-to-back subpar vaults had left Utah in danger of not qualifying for nationals.

That was where Jaedyn Rucker came in. With the pressure mounting, Rucker nailed her vault, with a stuck landing and everything, earning a career-high 9.950.

Annie Barker, Deseret News
Utah Utes gymnast Jaedyn Rucker and her team react after her vault during the NCAA regional final round at the Maverik Center on Saturday, April 3, 2021. The Utes are moving on to the next round.

The reaction was immediate. Her teammates rushed out of Utah’s corral to celebrate, leaping in the air and sprinting down the runway, before hugs and high-fives were handed out to everyone and anyone who stood within an arm’s length.

Some of that reaction was because Rucker had staunched the bleeding and Utah was headed to nationals for a 45th straight time. Not all of it, though, not even most of it.

The celebration and excitement that followed Rucker’s vault had everything to do with her and her comeback.

A week before the start of her senior season of high school back in February 2019, Rucker tore her ACL.

It was the first major …read more