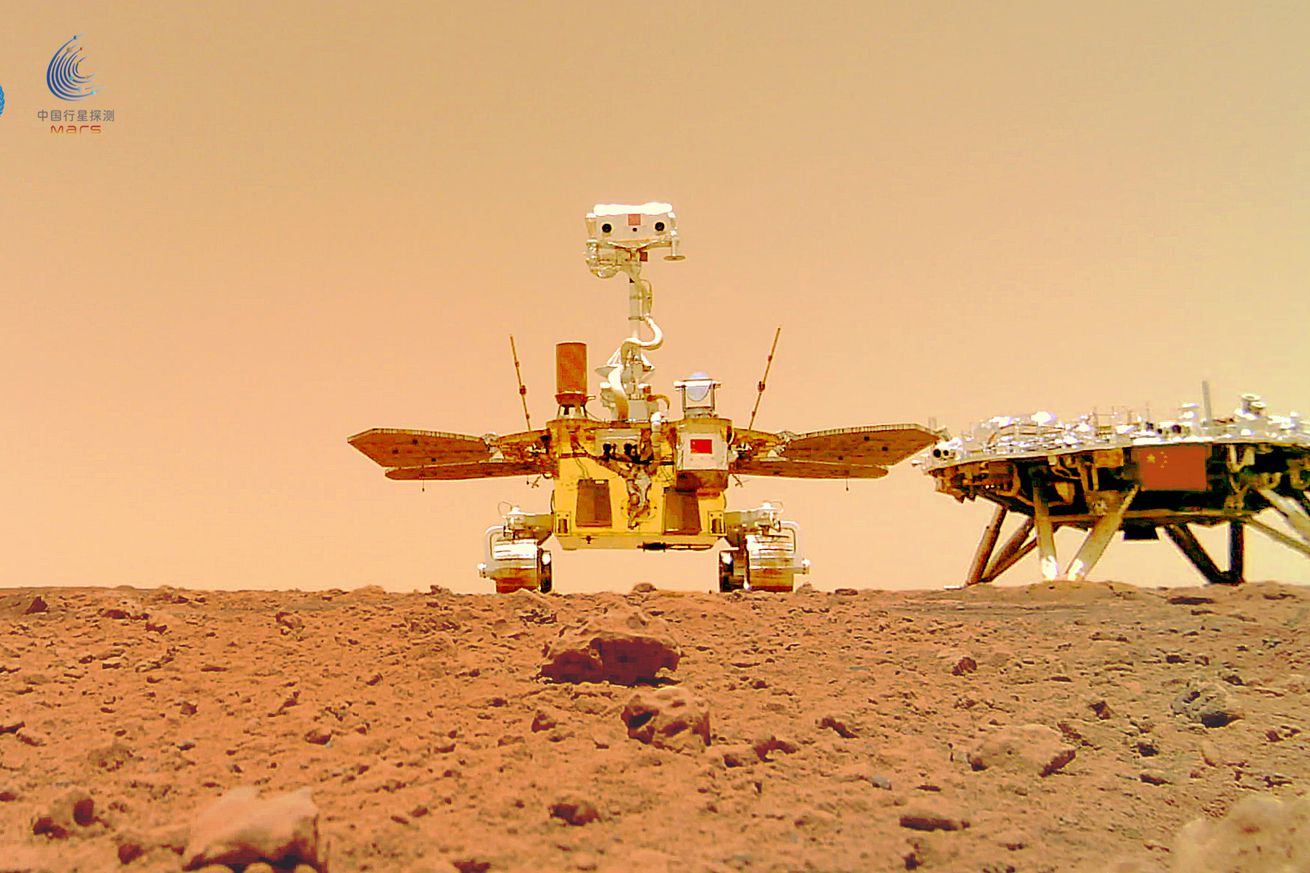 China has released new images from its Zhurong rover, which began wheeling its way around Mars in late May. One of the photos is a lovely selfie of Zhurong posed next to its landing platform. The “touring group photo,” as the China National Space Administration calls it in a blog post, was taken with a small wireless camera that the rover placed on the surface before scooting back to line up for the shot like an excited parent.

Zhurong also took a photo of the landing platform by itself, showing the ramp the rover drove down, the Chinese flag, and if you look closely to the left of the flag, the mascots for the Beijing Winter Olympics.