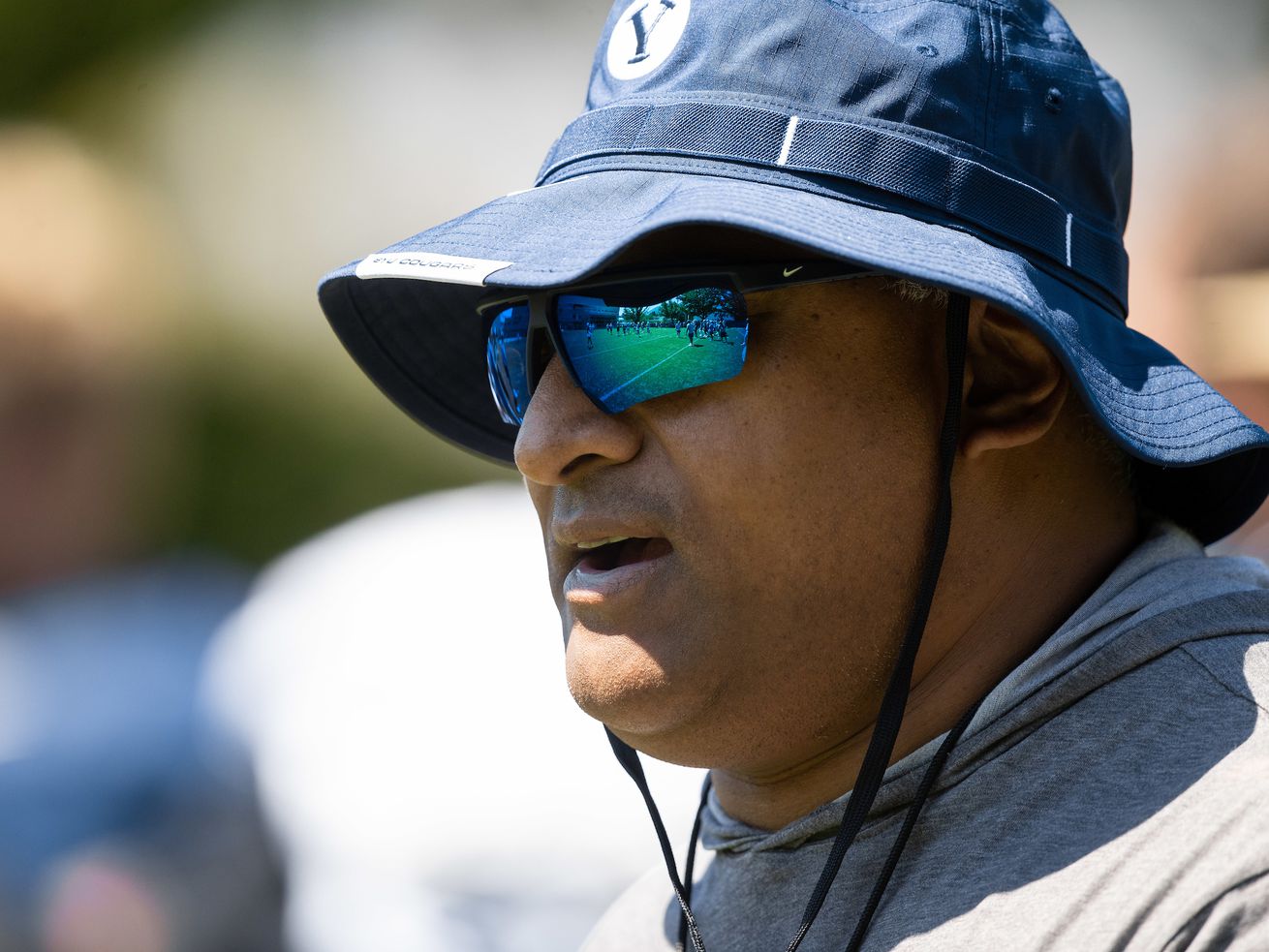 The Athletic’s Bruce Feldman proposed BYU head coach as a potential replacement for Clay Helton, who was fired by the Trojans on Monday

Ever since the USC Trojans fired head football coach Clay Helton on Monday, names such as Urban Meyer, Mario Cristobal, Luke Fickell, Matt Campbell and James Franklin have been mentioned as potential replacements (Meyer told reporters Wednesday there is “no chance” he’ll leave the Jacksonville Jaguars).

Citing “a Pac-12 source,” Feldman wrote Sitake is someone “I thought could make some sense.” Feldman pointed to Sitake’s history at Pac-12 Conference schools Utah and Oregon State, as well as his strong recruiting ties in the region.

“If his team keeps winning, his stock will keep rising,” Feldman wrote, noting BYU’s 11-1 record last season and its 2-0 start this season against two Pac-12 teams. “His teams are physical, tough and smart. People in the business also love the guy. He comes across as extremely personable and likable.”

Feldman concluded with some cautions, however.

“But he is coaching at his alma mater, and BYU is about to join the Big 12 and is in a much more favorable position in the sport than it was a month ago, so he might not be interested in leaving Provo.”