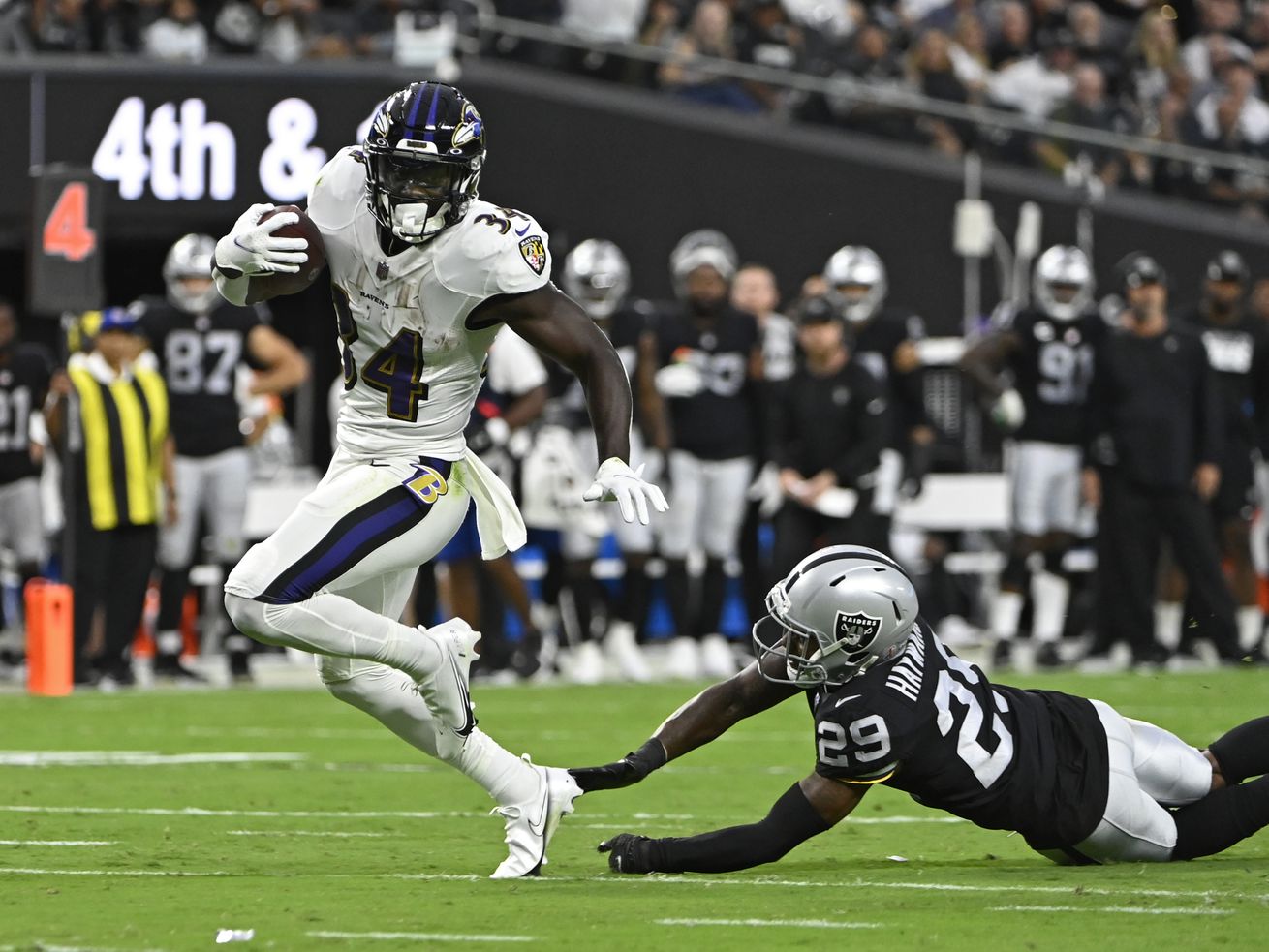 Ty’Son Williams checked off a few firsts in his NFL career Monday night: first start (in his first game no less), first carry and first touchdown, just to name a few.

The former BYU running back found himself as the lead back to start the night when Baltimore faced Las Vegas on Monday night. This came after the Ravens were hit by season-ending injuries in recent days to three other running backs, including J.K. Dobbins and Gus Edwards, the team’s two leading running backs a year ago.

Williams, a practice squad player a year ago, acquitted himself well Monday night in the Ravens’ 33-27 loss to Las Vegas.

A few observations of how Williams performed:

Williams played a significant role in the offense, playing 35 snaps. That was more than Latavius Murray, the veteran running back the Ravens signed just days earlier. Murray played 21 snaps.
Williams made the most of his touches. He had nine carries — lowest among the team’s three main ball carriers, Murray (10) and quarterback Lamar Jackson (12) — and rushed for 65 yards, averaging 7.2 yards per carry. Williams also had three receptions for 29 yards.
A quarter of Williams’ touches went for double-digit yards. That included a 21-yard catch on the drive where he later scored a touchdown, his 35-yard TD run and a 16-yard carry.
Speaking of his 35-yard touchdown run, that showed the Ravens’ trust in his ability to make a play. Baltimore faced a fourth-and-1 at the Las Vegas 35 on the Ravens’ second possession, and instead …read more