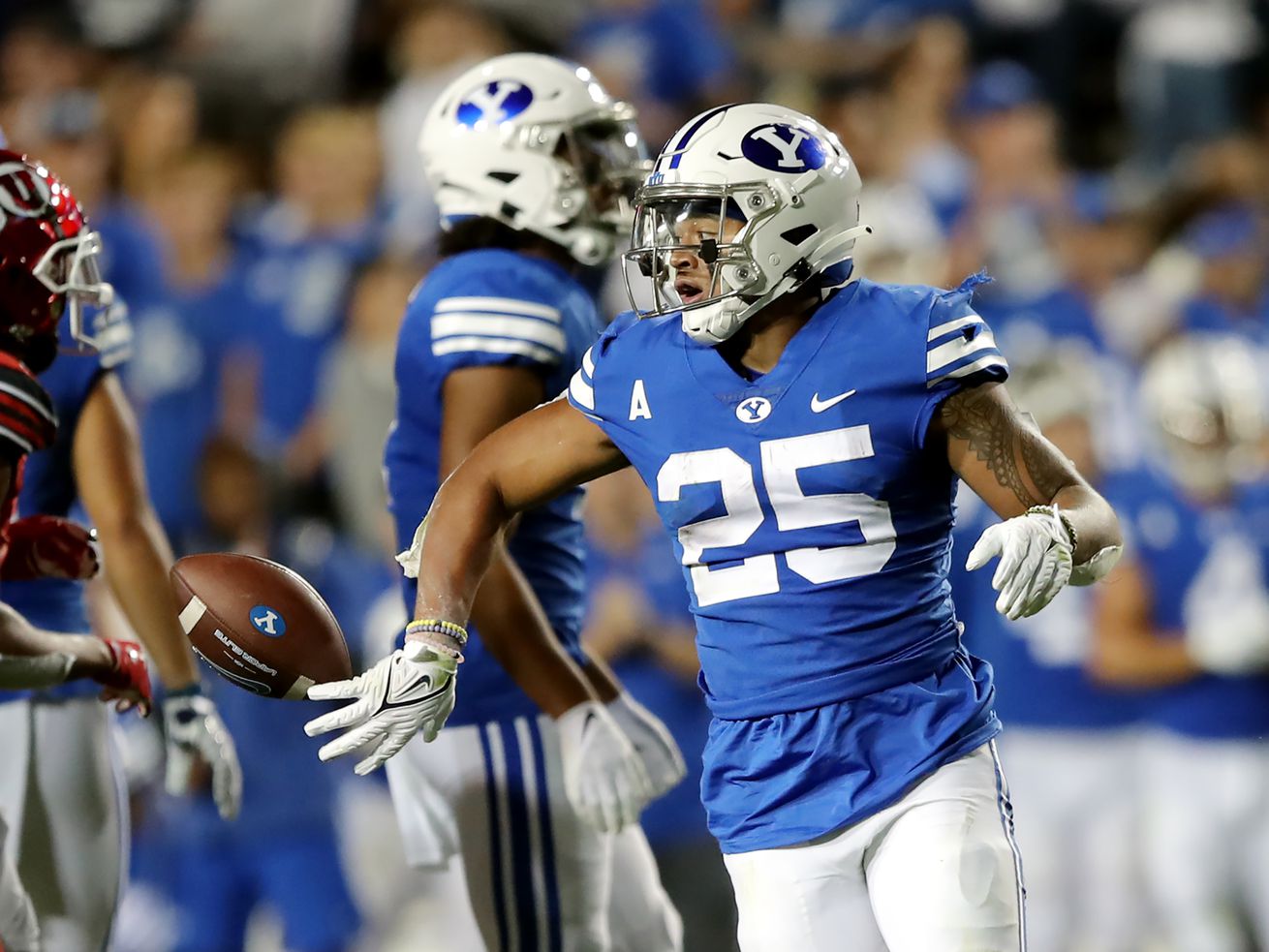 BYU running back Tyler Allgeier (25) flips the ball away after a run during the game against Utah at LaVell Edwards Stadium in Provo on Saturday, Sept. 11, 2021. BYU won 26-17, ending a nine-game losing streak to the Utes. | Scott G Winterton, Deseret News

Junior ball carrier from Fontana, California, has endorsements with YOKE Gaming, Balmshot and Built Bar. And he’s looking for more

BYU running back Tyler Allgeier has gone from pushing shopping carts in the parking lot at a nearby Walmart for extra cash to pushing everything from lip balm, protein bars and chicken wings throughout Utah for substantially more scratch.

Welcome to the world of NIL — name, image and likeness — for high-profile college athletes such as Allgeier, who has somewhat surprisingly emerged as one of the most sought-after players on the Cougars’ 2-0 football team for endorsement deals.

“It is cool,” Allgeier told the Deseret News last week, “but I am not really trippin’ over it.”

Allgeier and teammate Gunner Romney, one of BYU’s top receivers, recently signed on to be ambassadors for YOKE Gaming and the app’s partnership with It’s Just Wings, a brand that operates out of Chili’s restaurants.

According to a news release, the 125 ambassadors — who are top college football players from across the country — “will be outfitted with It’s Just Wings attire and will leverage their social media and on-campus presence to promote the brand and share exclusive offers with fellow students.”

The deal for Romney and Allgeier was brokered through OhanaX, the agency established by Utah Valley businessmen Carl Sokia and Brandon Doyle that represents almost every player in BYU’s program.