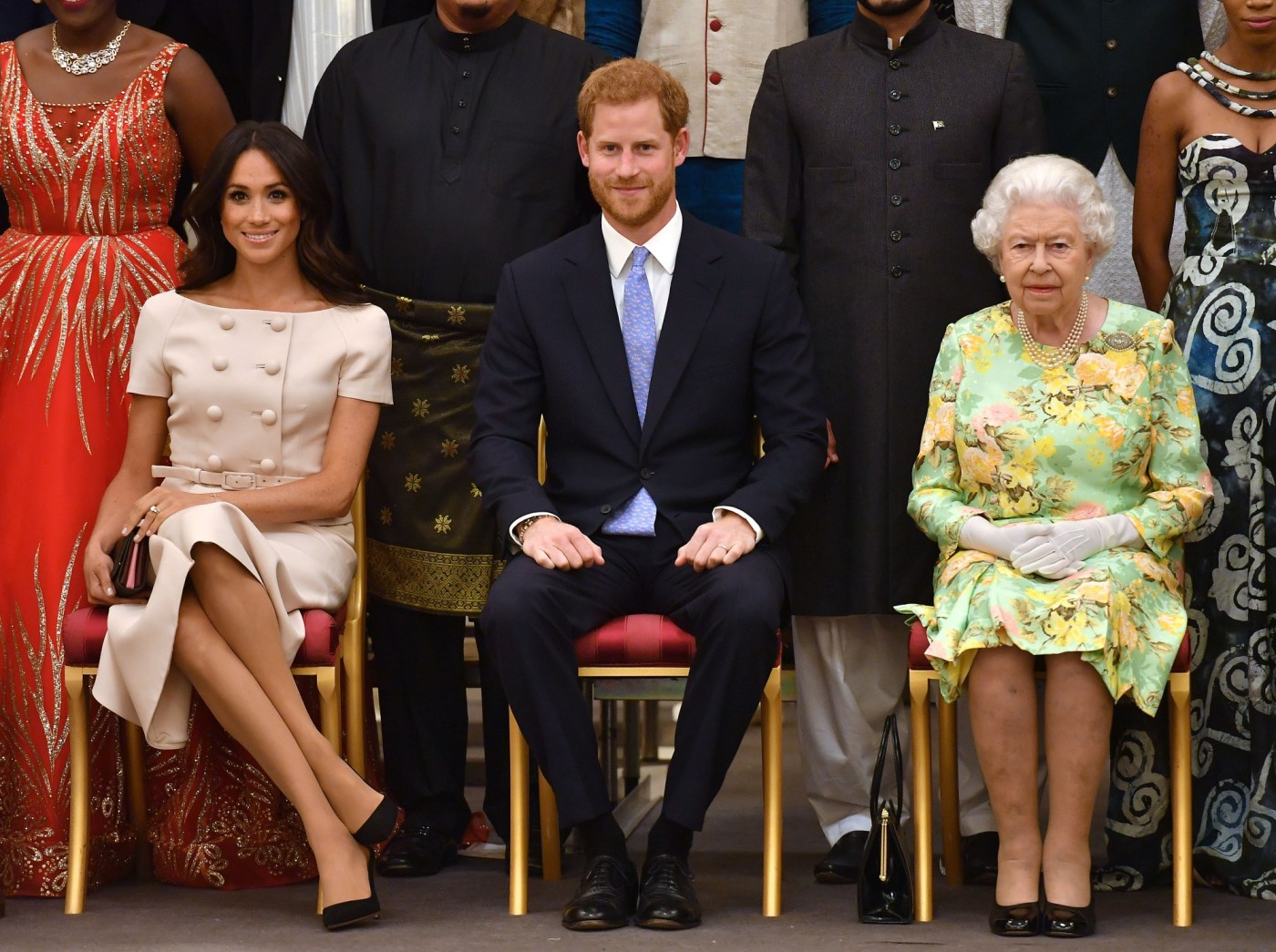 While Prince Harry claimed last month that he was making sure his grandmother, Queen Elizabeth II, was “protected,” with “the right people around her,” it turns out that she’s going to be protected from him and his wife, Meghan Markle, when they travel to the U.K. next month for her Platinum Jubilee celebrations.

That’s according to Russell Myers, the royal editor for the Daily Mirror, the Daily Mail reported. In an interview with the Australian news program “Today,” Myers addressed questions about whether Harry and Meghan would try to bolster their royal connections in Harry’s upcoming Netflix documentary by being filmed with the 96-year-old monarch or by using footage from her Jubilee celebrations.

“There is absolutely a ring of steel around the queen in terms of her advisors,” Myers said. “I mean, they certainly would be advising Harry and Megan to not even think about it for a second, but who knows what they will do?”

That royal aides let Myers know that the queen would be “protected” from her grandson and his former TV actress wife could be seen as a clap-back to Harry’s controversial remarks during a “Today” show interview last month.

The Duke of Sussex asserted to Hoda Kotb that he alone shares a special bond with the queen, even though he and his American wife stepped away from royal duties in 2020, moved 5,000 miles away to California, and upset the royal family with tell-all interviews alleging racism and other acts of cruelty.

Harry specifically told Kotb: “(My grandmother’s) always got such a great sense of humor with me and I’m just making sure she’s protected and got the right people around her.”

Critics in royal circles called Harry’s comments presumptuous, insulting and even delusional, because he might have been suggesting that Prince Charles, Prince William and the queen’s trusted, longtime …read more