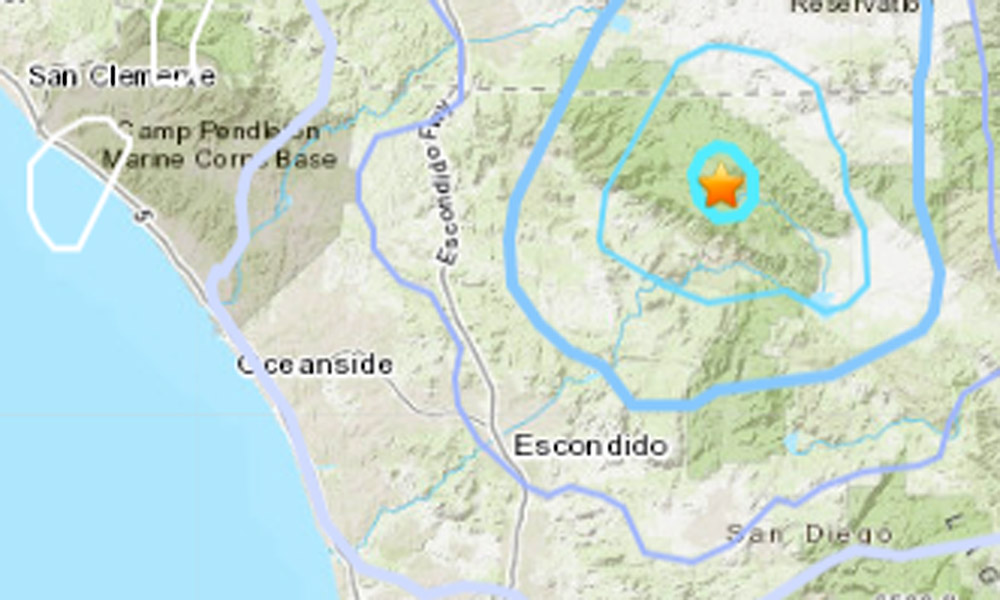 Friday’s quake was initially reported as a 3.7, but the USGS revised the reading. Early responses to the USGS Did You Feel It website indicate it was felt from Murrieta in the north to the San Diego metro area.

The epicenter is in the area of the Elsinore fault zone. On Monday, a 3.6 quake was recorded farther south on the Elsinore, in Anza Borrego Desert State Park.

3.5 earthquake felt near The Geysers in Sonoma County