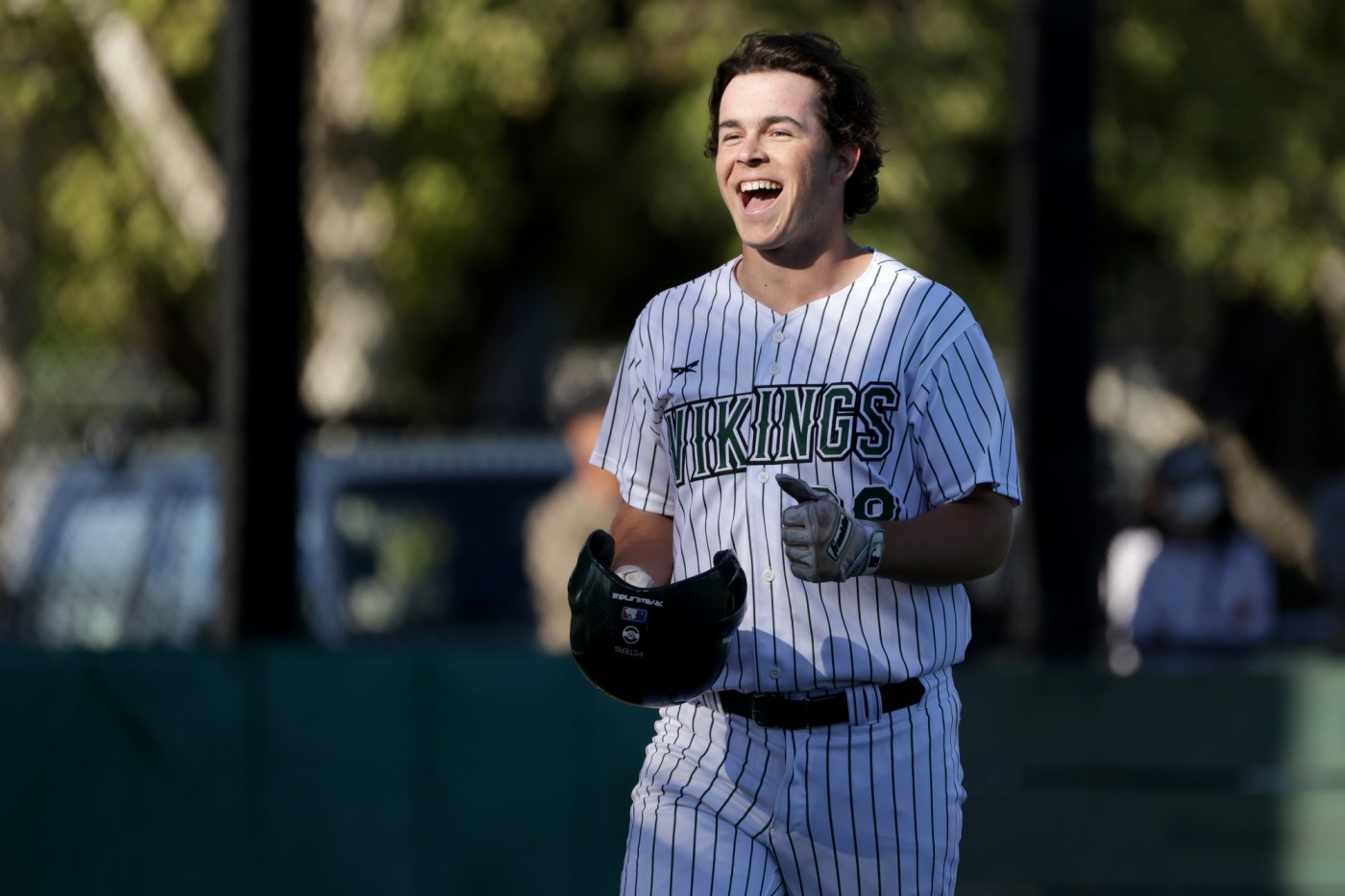 The Vikings answered in the bottom half of each of those innings, once to draw even and then to take the lead with two runs in the bottom of the second.

Once they had the lead they never let it go in a 4-2 victory.

With the win, Palo Alto (24-5) put the finishing touch on two of its goals — adding the SCVAL tournament championship to the regular-season De Anza Division title they’d already captured. Now the team turns its attention to the big prize, a Central Coast Section championship.

“We took care of our job by winning league,” winning pitcher Danny Peters said. “And now we’re closer to our big goal, to win CCS.”

Peters, also Palo Alto’s football quarterback the past three seasons, went 5 ⅓ innings and improved to 7-2 on the season. He is headed to San Francisco State in the fall to play baseball

Wilcox (20-9) took the lead in the top of the first when Patrick Sanchez doubled and scored on a single by Alan Ramirez.

In the bottom half of the inning, Palo Alto tied it with a manufactured run. Leadoff batter Henry Bolte drew a walk. Wilcox hurler Jesse Gutierrez threw over to first base twice before making his first pitch to the plate. Bolte took off and stole second.

That was Bolte’s 46th stolen base of the season.

“An incredible player and a great young man, a pleasure to be around,” Fukuhara said. “That’s just how fast he is. And what great instincts he has on the bases.”