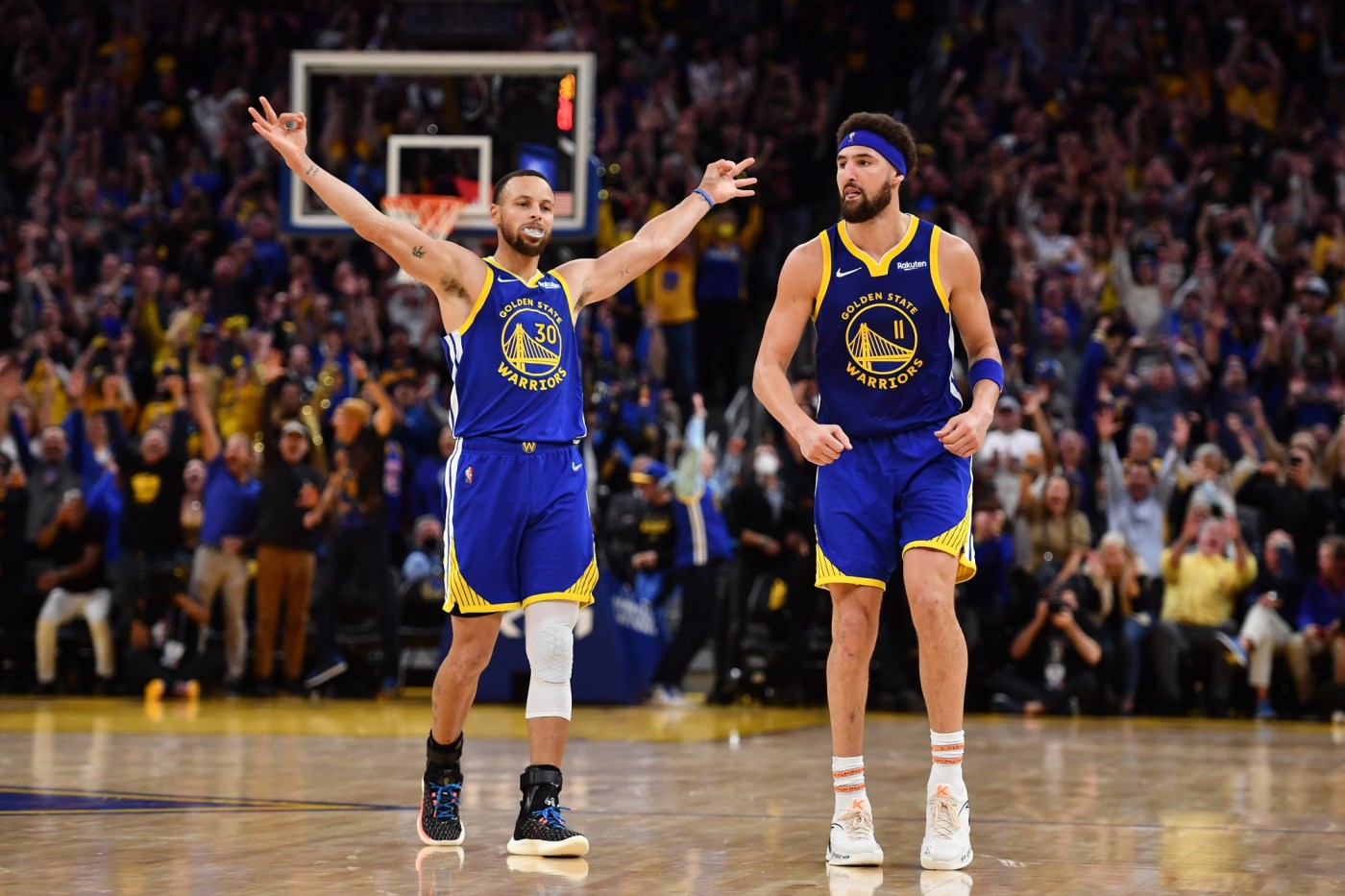 SAN FRANCISCO — These NBA playoffs have been about the next generation.

LeBron James, 37, is at home, tweeting through his boredom. Kevin Durant, 33, was swept in the first round. (He always finds time for social media.) James Harden’s hard living on and off the court has zapped him of his superpowers at 32 and played a huge role in the Sixers’ second-round playoff exit.

This has become the spring of the young guns: 23-year-old Luka Doncic, 24-year-old Jason Tatum, 25-year-old Devin Booker, and the well-established Giannis Antetokounmpo, who is just 27.

So what on earth are the Warriors still doing hanging around?

The Warriors might have a couple of young, exciting players, but as we saw in Golden State’s effort to close out the young, exciting Grizzlies (led by 22-year-old Ja Morant), there’s nothing new about this winning machine.

Grizzlies wing Dillon Brooks, 26, didn’t have any problem coming out and calling the Warriors what they are.

“They’re getting old,” he said after being sent home.

Getting? Buddy, this team is there.

Klay Thompson has had major surgeries on both legs and wants to spend all his time on his boat.

Draymond Green’s hair has a lot more salt alongside the pepper and his podcasts are longer than his stints on the court these days. Green already has a job lined up for retirement.

That’s good life planning — a trademark of the old.

Steph Curry is still an assassin, but he’s grown out of the babyface. He’s getting so old that one of his side projects is rebooting the classic 1970s sitcom Good Times.