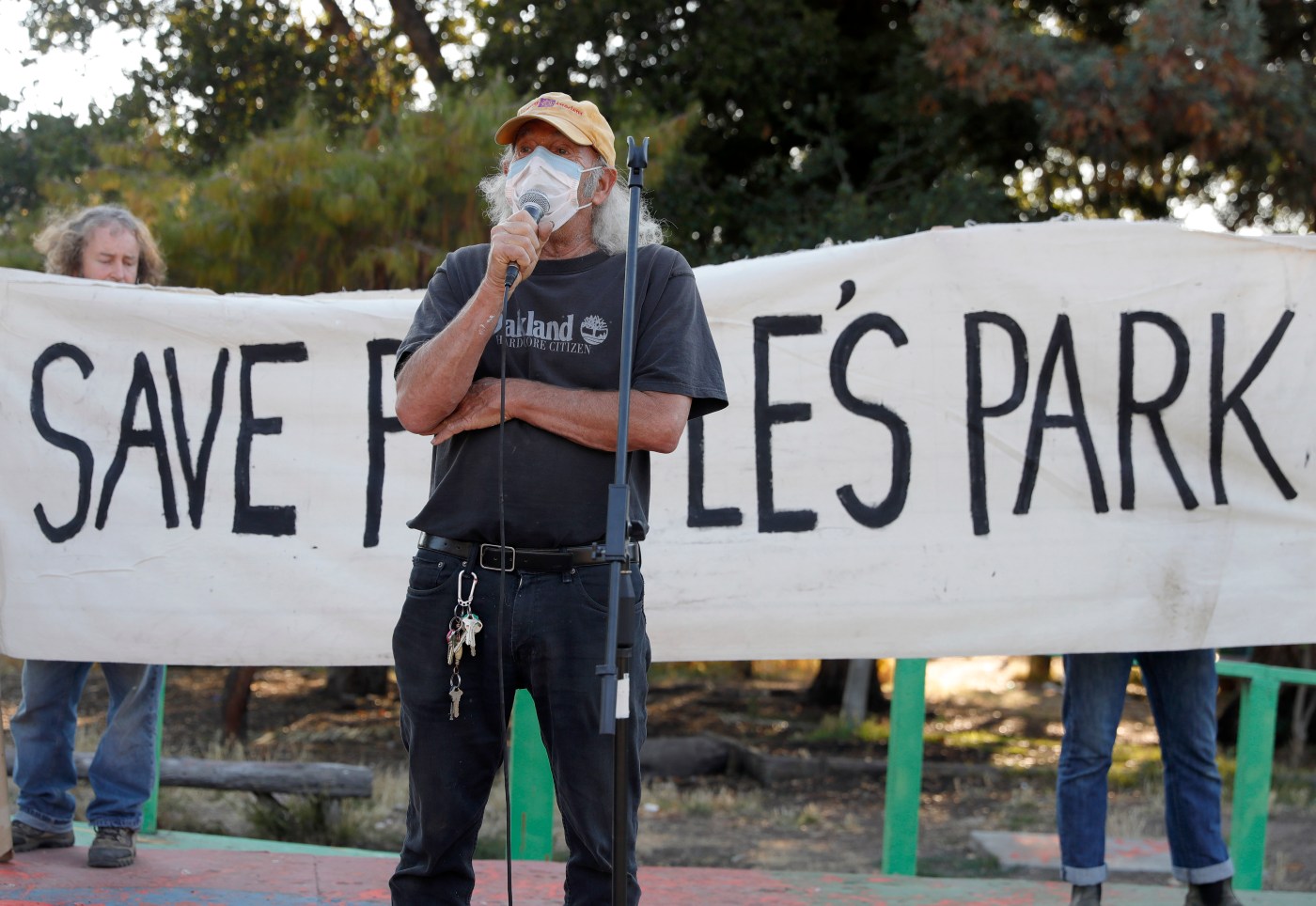 BERKELEY — Following days of intense protest at People’s Park that led UC Berkeley to halt construction on new student housing, the California First District Court of Appeal issued a temporary stay on all construction, demolition and tree-cutting at the controversial site Thursday.

Make UC A Good Neighbor and the People’s Park Historic District Advocacy Group filed a petition in court Thursday challenging the university’s approval of housing at the park — long a hotbed of political activity dating back to 1969 when police brutalized protesters who opposed the university’s long-term plans for the area.

While the stay means that UC Berkeley cannot begin construction at the site until the stay is lifted, the university can still legally put up a security fence around the perimeter of the park.

“We are gratified that the Court of Appeals recognized that UC should not go forward until the court has the opportunity to review our case more fully,” People’s Park Historic District Advocacy Group President Harvey Smith said. “UC took advantage of the legal system in order to destroy as much of the park as it could. We are hopeful that the court will overturn the lower court decision and lead to the restoration of the park. Why should the university keep a parking lot and destroy a park? In the era of extreme climate change, this is unconscionable.”

Over the past week People’s Park has erupted with renewed political activism after UC Berkeley began clearing the park for construction, a move that led protesters to face off against police, destroy a barricade erected around the park and damage pricey construction equipment.

The confrontations were sparked after a court ruling last week, which became official Tuesday, allowed UC Berkeley to move forward with its plans to redevelop a portion of the park with two buildings, one …read more