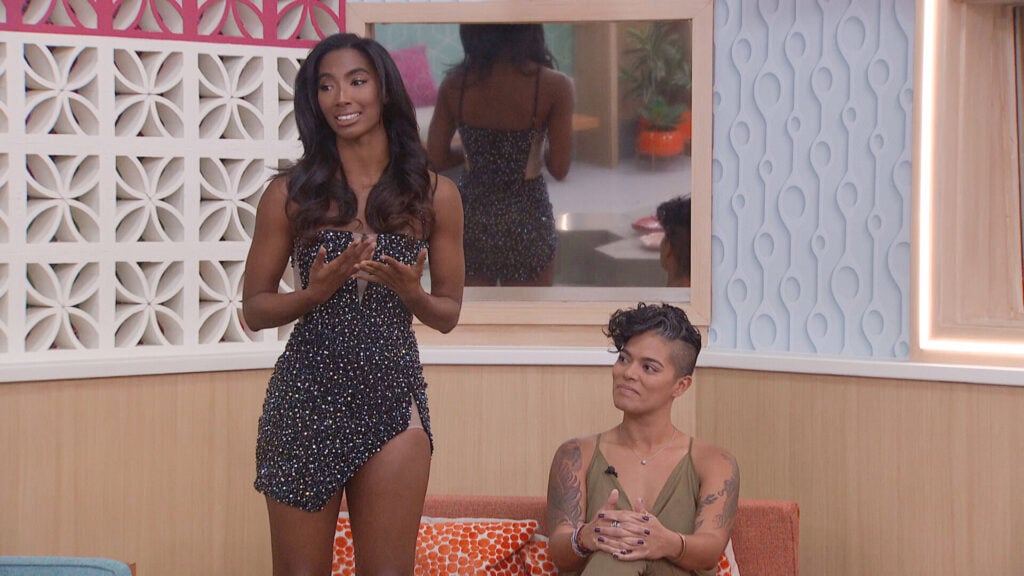 The Big Brother house has had its fair share of delusional houseguests throughout its 20-year run on CBS.

Thursday’s new episode kicked off with Nicole on the block, thanks to Daniel’s truly bizarre decision to use the Veto.

Viewers at home know there’s been a bigger alliance dominating the game from behind the scenes, and now, it appears that people are figuring it out.

Taylor, who is closely aligned with the Leftovers, was upset about the decision to be thrown on the block again.

But thankfully, the Leftovers are still intact. The reason for using the Veto was that Nicole knew six people were working together after finding them all in the HOH room.

Daniel and Nicole figured Taylor would only have four votes to stay. They came to this conclusion because Kyle was not in the room, so they just thought he was a lone wolf.

It was … something, but it highlighted the inflated sense of worth in the game from Daniel and Nicole, who thought this would be an easy peasy eviction.

In order to buy votes, Nicole revealed to Indy, Alyssa, and Jasmine that she was a cop, something that left them shocked to the core.

After several weeks of blindsides, the trio were more interested in sticking with the right side of the house.

As for Kyle and Alyssa, well, there’s something brewing there.