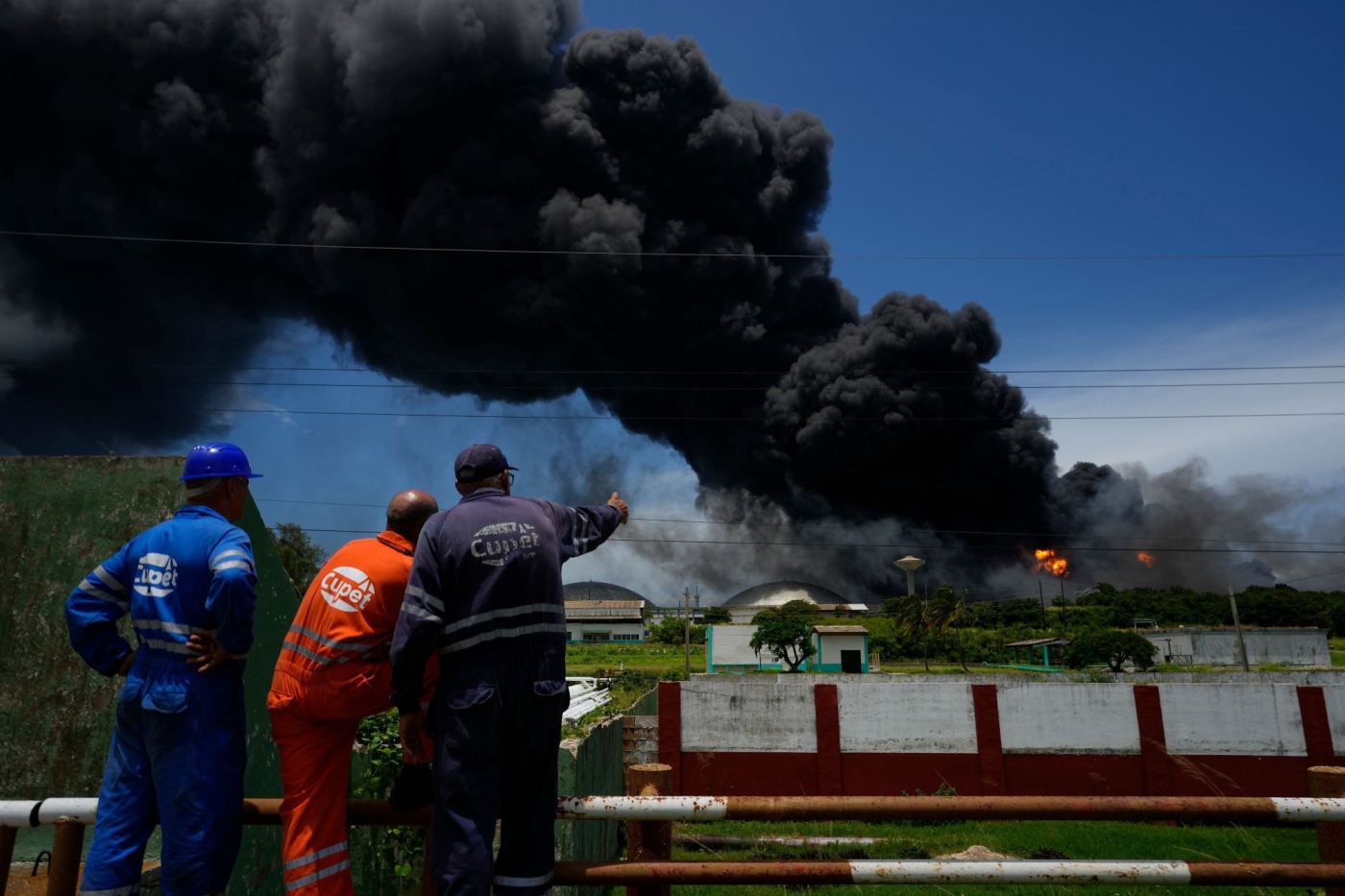 A blazing fire in a crude oil tank in the port of Matanzas in Cuba caused several explosions Saturday morning that have left at least 77 people injured, local authorities said.

Seventeen firefighters who were trying to prevent the flames from spreading are missing, the official Twitter account of Cuba’s presidential office said.

Cuba’s Communist Party newspaper Granma said there was “a high probability” that some of the missing people were dead. Authorities said the rescue teams have been unable to reach them because of the high temperatures.

The newspaper said the Minister of Energy, Liván Arronte Cruz is among the injured.

The fire started around 7 p.m. Friday, when lightning struck a crude oil storage tank in the unloading area in the port of Matanzas, Cuban authorities said.

Despite the efforts of the firefighters to control it, there were at least four explosions in the early hours of Saturday, the provincial government of Matanzas said on its official Twitter account. Cuban authorities said they had requested international help to put out the fire.

Images shared on social media on Saturday morning show a massive column of black smoke crossing the city of Matanzas and extending 63 miles west to Havana.

According to the latest count reported by Granma, the fire left at least 77 people injured. Three reportedly have severe injuries and another two are in critical condition. Most victims have been admitted to the local Faustino Pérez hospital, but seven were referred to hospitals in Havana.

Among those injured with minor burns were three journalists who arrived at the fire scene around 4 a.m. when an explosion occurred in a second oil tank containing 52,000 cubic meters of fuel oil.

The oil storage facility is located in an area of Matanzas Bay opposite the city center. According to state media, 800 …read more