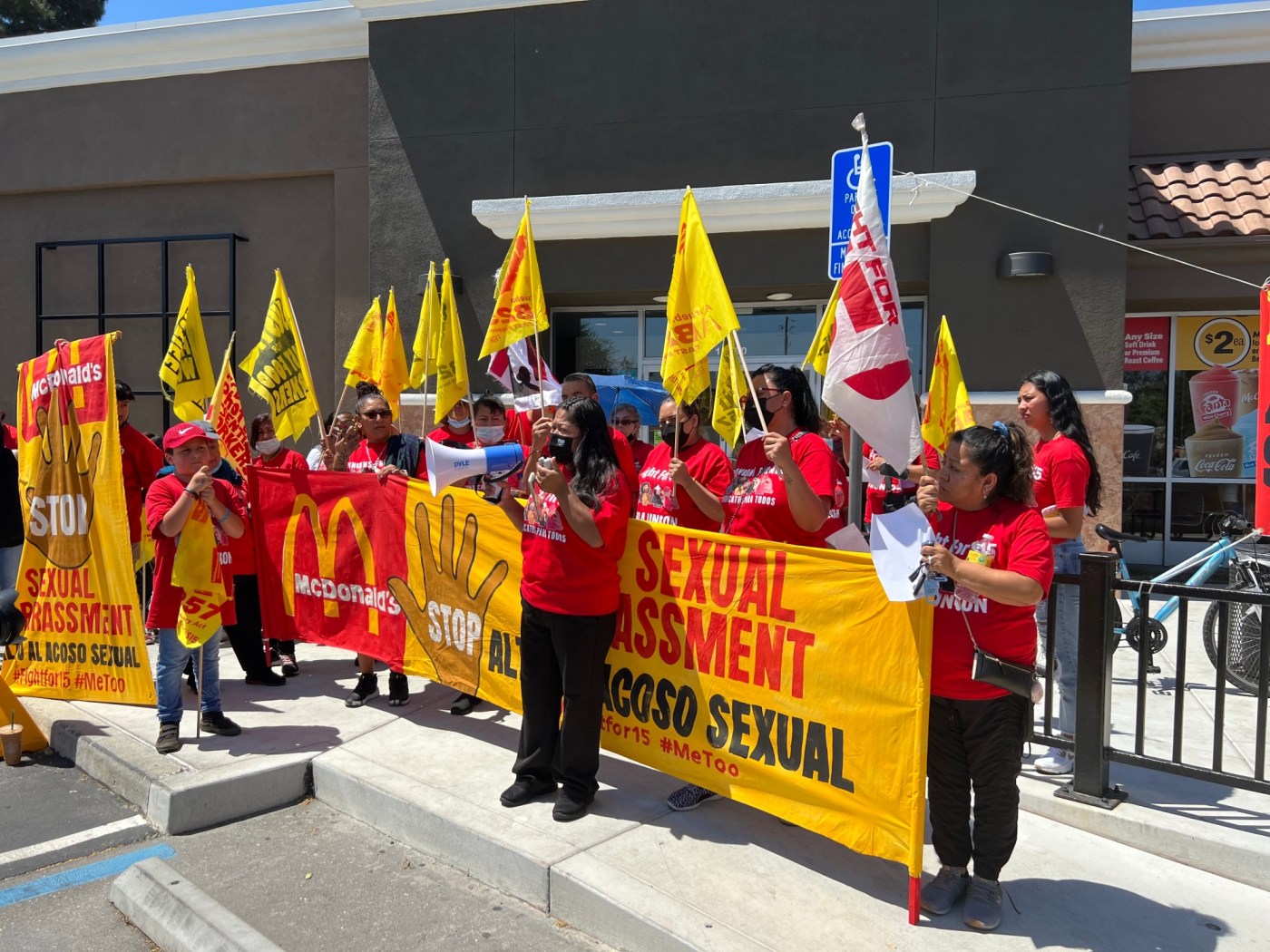 “After participating in a sexual harassment investigation, McDonald’s retaliated against me by reducing my hours and then terminating me,” Chapas said in the draft complaint, obtained by The Mercury News.

Chapas alleges the sexual harassment started in January when a male coworker started offering to buy gifts for her and her children, to give her money and buy her something nice for Valentine’s Day. He also allegedly touched her arms and asked to see her hands while working.

“After initially being polite, I soon told him to stop spending any money on me or my kids. Nevertheless, he persisted, and I began to feel very uncomfortable,” Chapas said in the draft complaint.

After she asked a coworker to borrow some money, she found out her alleged harasser told her friend he’d give Chapas the money if she went to a hotel with him. He also followed her to the women’s bathroom, and Chapas said she felt like he was stalking her.

She reported the behavior to her shift manager in February, and several days later local store management and the human resources manager met with her in the restaurant’s lobby to hear her side of the story.

After she reported the harassment, Chapas said her hours were cut by at least one hour per day, and when she asked for more hours, her request was denied.

Three weeks later, she was suspended from working for one week after allegedly taking too long on a 10-minute break. She was fired after she returned to work, and management cited her taking too long on break as reason …read more