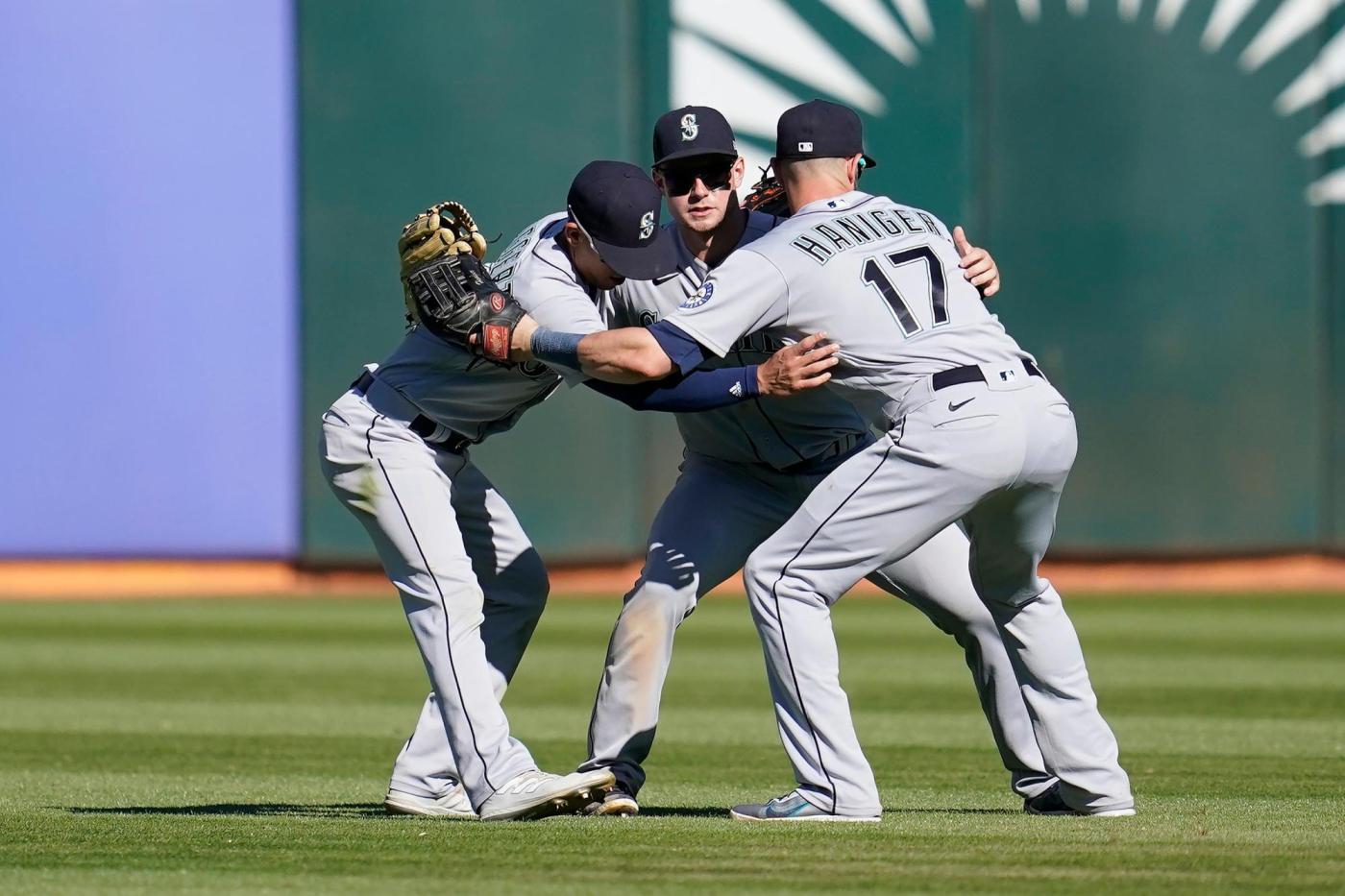 OAKLAND, Calif. — The A’s looked like they could be able to pull off a three-game sweep of the Mariners after a five-run third gave them an early lead, but Seattle fought back without star rookie center fielder Julio Rodriguez to win 9-5 on Thursday.

Rodríguez slowly walked off the field with a trainer in the bottom half of the first inning. He recently missed three games in Anaheim with a lower back issue.

Jarred Kelenic moved from left to center field and Sam Haggerty entered the game in left. Kelenic homered and doubled in his first game since being called up from Triple-A Tacoma.

Adam Frazier went 2 for 4 with three RBIs. Mitch Haniger, Cal Raleigh, Jesse Winker and Ty France also drove in runs for Seattle, which entered the day with a four-game lead over Baltimore for the third and final AL wild-card position.

The A’s built a 5-3 lead against Mariners starter George Kirby, tagging the rookie right-hander for five runs on seven hits in 2 1/3 innings. Kirby struck out one and walked three.

Kelenic homered off of Oakland starter Adrián Martínez in the fourth inning to bring the Mariners within one. Martínez gave up five runs on six hits and two walks in five innings, striking out seven.

Kelenic tied the game in the sixth with an RBI double off reliever Kirby Snead. Frazier added a two-run double to put Seattle ahead.

Snead (1-1) surrendered two runs on two hits and a walk in two-thirds of an inning.

Matthew Boyd (2-0) pitched two scoreless innings to earn his second win as a Mariner. Boyd and five other relievers limited the A’s to just two hits in 6 2/3 innings.