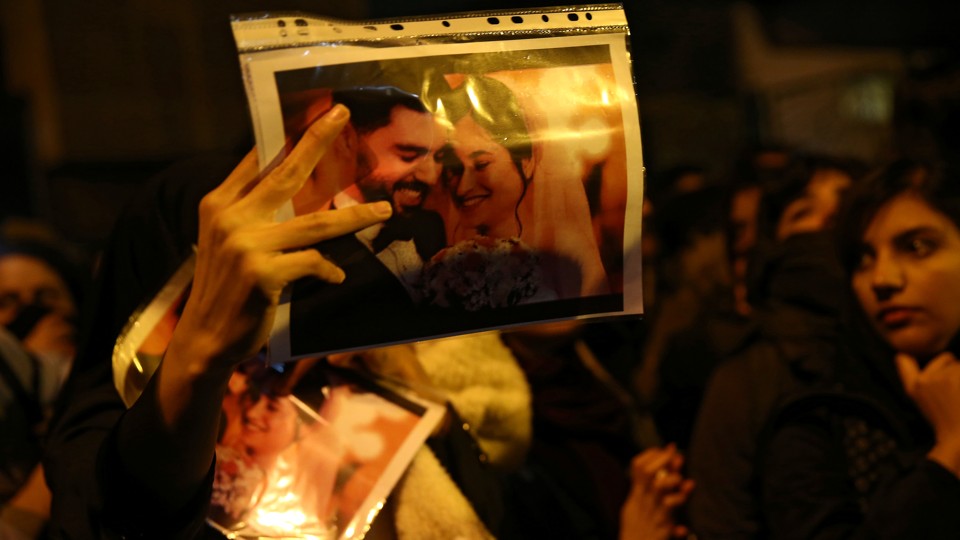 Last weekend, Donald Trump offered Iran some sage, if obvious, advice: Do not kill your protesters.

The warning came amid ongoing demonstrations in Iran following the country’s admission that it had mistakenly struck down a Ukrainian airliner, killing all 176 people on board, including 83 Iranian nationals. The announcement followed days of denial and obfuscation by Iranian authorities. Anger about the government’s apparent misleading of the public has resulted in the outpouring of thousands onto the streets, some of whom are calling on the country’s supreme leader, Ayatollah Ali Khamenei, to resign.

Iran is known to be particularly heavy-handed when it comes to cracking down on protests—something President Trump appeared to be referencing when he urged the Iranian government against “killing … your great Iranian people!” Last month’s demonstrations over rising fuel costs led to the deaths of as many as 208 people at the hands of Iranian security forces. Similar unrest in 2009, following a disputed presidential election, resulted in at least 72 deaths.

Most foreign leaders call for maximum restraint and calm when such violence occurs, if indeed they choose to say anything at all. But Trump is no ordinary foreign leader, nor was his warning to the Iranian government—which was uncharacteristically written in English and Persian—an ordinary appeal. His advocacy lays bare the challenges foreign countries face when weighing in on protests that are not their own, such as how to support demonstrations without undermining them or how to raise the profile of protesters’ demands without unwittingly compromising them.

The protests currently taking place in Iran are not unlike mass movements around the world—many of which have been subject to violent government crackdowns. This violence has largely backfired: In their attempts to quash these protests, the authorities have paradoxically mobilized more people …read more