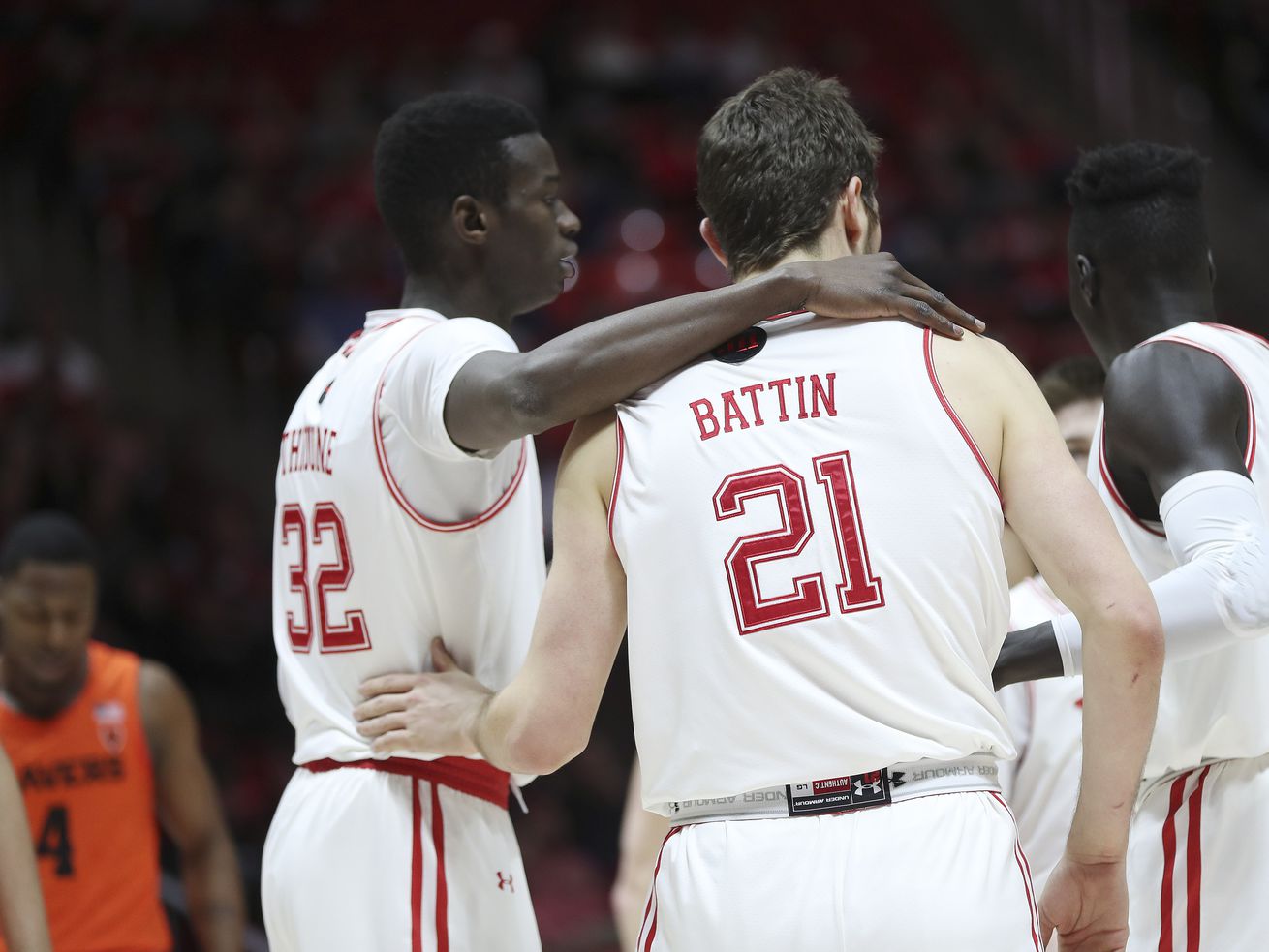 SALT LAKE CITY — One of the biggest losses for the Utah basketball team this year came at the center position after starting center Jayce Johnson decided to transfer for his senior season, backup Novak Topalovic graduated and another reserve, Brandon Morley, also transferred.

That left the Utes with a big hole in the middle, and they planned to fill it with three freshmen. Early in the year, they got pretty good production from Branden Carlson, Lahat Thioune and Matt Van Komen, but over the past five games, three of which have been losses, the production has fallen off.

During those five games, Ute centers have averaged 3.2 points and 3.8 rebounds per game.

“We’re at the point of the season where talk is cheap and we need some guys to step up. There’s a lot of areas that need to improve and that’s one that’s pretty obvious. They know it and I think they’re taking it personally.” — Utah coach Larry Krystkowiak

Coach Larry Krystkowiak called it “problematic” and said he’s looking for someone to step up. Carlson the 7-footer from Bingham High, started 13 of the first 14 games before being replaced by Thioune, the 6-10, 218-pounder from Senegal Sunday against Colorado. Against the Buffaloes’ experienced inside players, Thioune finished with two points and three rebounds, while Carlson had two points and one rebound.

“They’ve been challenged, and we need a physical presence,” Krystkowiak said. “We certainly don’t need them to go out and get a double-double, but they’ve got to keep their guy from getting 10 rebounds.”

As for …read more