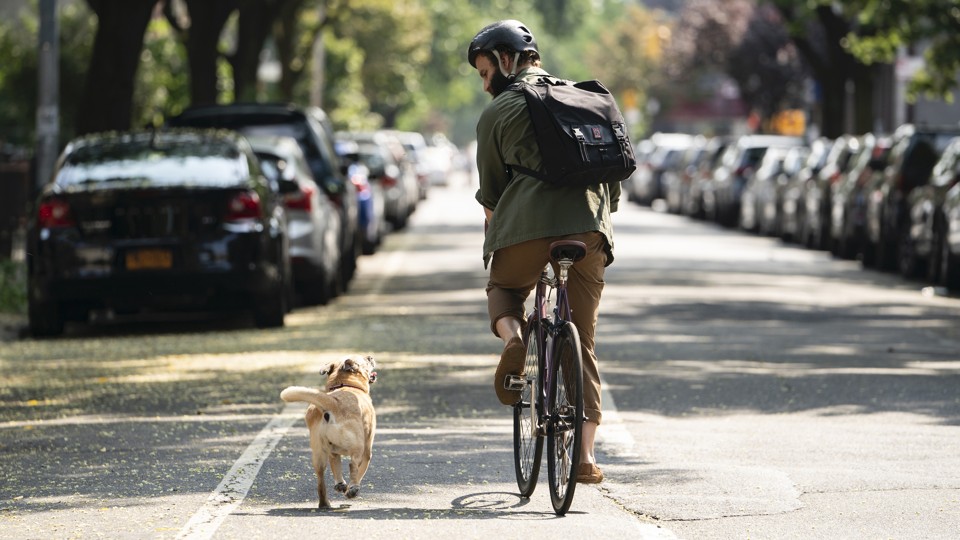 As the highbrow salad chains that have gobbled up Manhattan pursue the exclusionary dream of a cashless society, TV’s loveliest vision of New York City still indulges the romance of little green bills. In the second episode of the fourth season of High Maintenance, the show’s star weed dealer (“the Guy,” played by Ben Sinclair) refunds a few bucks to a client whose rug is soiled by the Guy’s dog. That client hands an envelope of money to a sex worker, who later gives the envelope back after their hookup turns out to be more gratifying for him than for the man who hired him. That sex worker, who’s also a waiter, waits on a table that undertips him—but the undertipper returns later with cash to atone, and the waiter then offers to buy her a drink. Money moves across these stories less as a currency than as a proxy for goodwill, and the fuzzy mantra “Pay it forward” starts to feel concrete.

In this and so many other ways, High Maintenance paints NYC as a mystical ecosystem. Though the Guy is never far from the action in the masterful web series–turned–HBO comedy, the focus is always on a few different onetime characters. Bodega clerks, actors, construction workers, yogis, yuppies, nudists, Women’s Marchers, Republicans, Hasids, nuns, children, and almost any urban life-form you can name putter briefly in and out of one another’s lives, creating little collisions that yield tension and, fleetingly, connection. These diverse individuals are sketched with such fine-point details—meandering and mumbling as if in a documentary—that it feels plausible when they’re knocked into someone else’s orbit. It feels plausible, too, that most everyone turns out to be a fair and generous person.

There’s a seductive message in all the serendipity. In The New York Times Magazine …read more