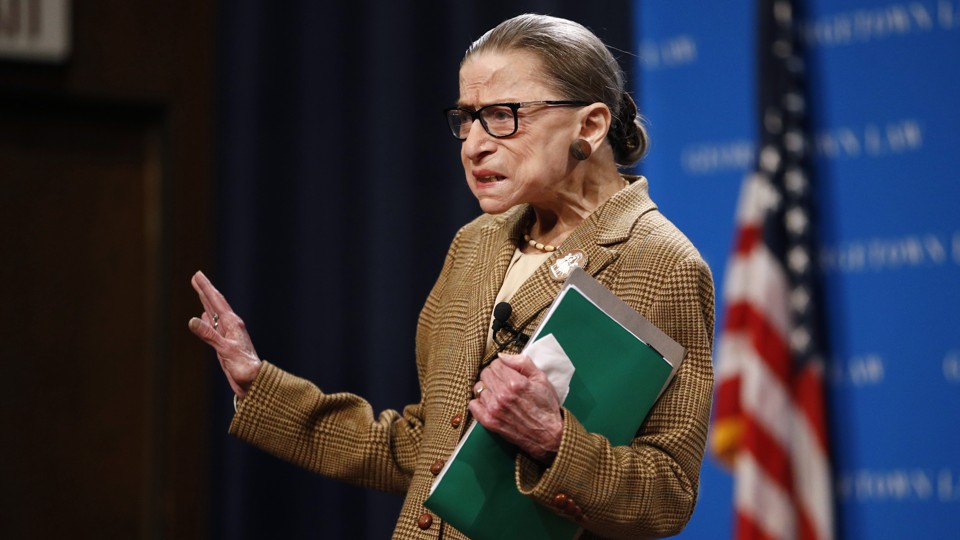 Justice Ruth Bader Ginsburg is probably the last person anyone would expect to stand in the way of final ratification of the Equal Rights Amendment.

No living woman is more closely associated with the decades-long push to enshrine gender equality into U.S. law than the 86-year-old jurist and feminist icon. But Ginsburg is no fan of the recent efforts to revive the ERA long after the expiration of a congressionally imposed deadline for adding it to the Constitution.

“I would like to see a new beginning. I’d like it to start over,” she told an interviewer on Monday at a Georgetown Law School event to commemorate the 100th anniversary of women’s suffrage. Ginsburg explained that there was “too much controversy” around the question of whether three-fourths of the states had actually ratified the ERA. Virginia this year became the 38th and seemingly final state needed, but along with Nevada and Illinois, it acted more than 30 years after the 1982 deadline for ratification. Further complicating matters? Five other states had previously passed resolutions to rescind their approval of the amendment.

“If you count a latecomer on the plus side, how can you disregard states that said we’ve changed our minds?” Ginsburg asked.

As ERA opponents have noted, Ginsburg had previously hinted at her position by saying in a speech last year that backers of the amendment should start “over again.”

But her comments this week left far less ambiguity, and they could not have come at a worse time for ERA advocates, who were poised to celebrate House passage on Thursday of a resolution formally removing the deadline Congress had originally put in place. Senate Republicans have already cited the justice’s view as validation of their intention not to act on the measure. By weighing in now, Ginsburg cast doubt on the …read more