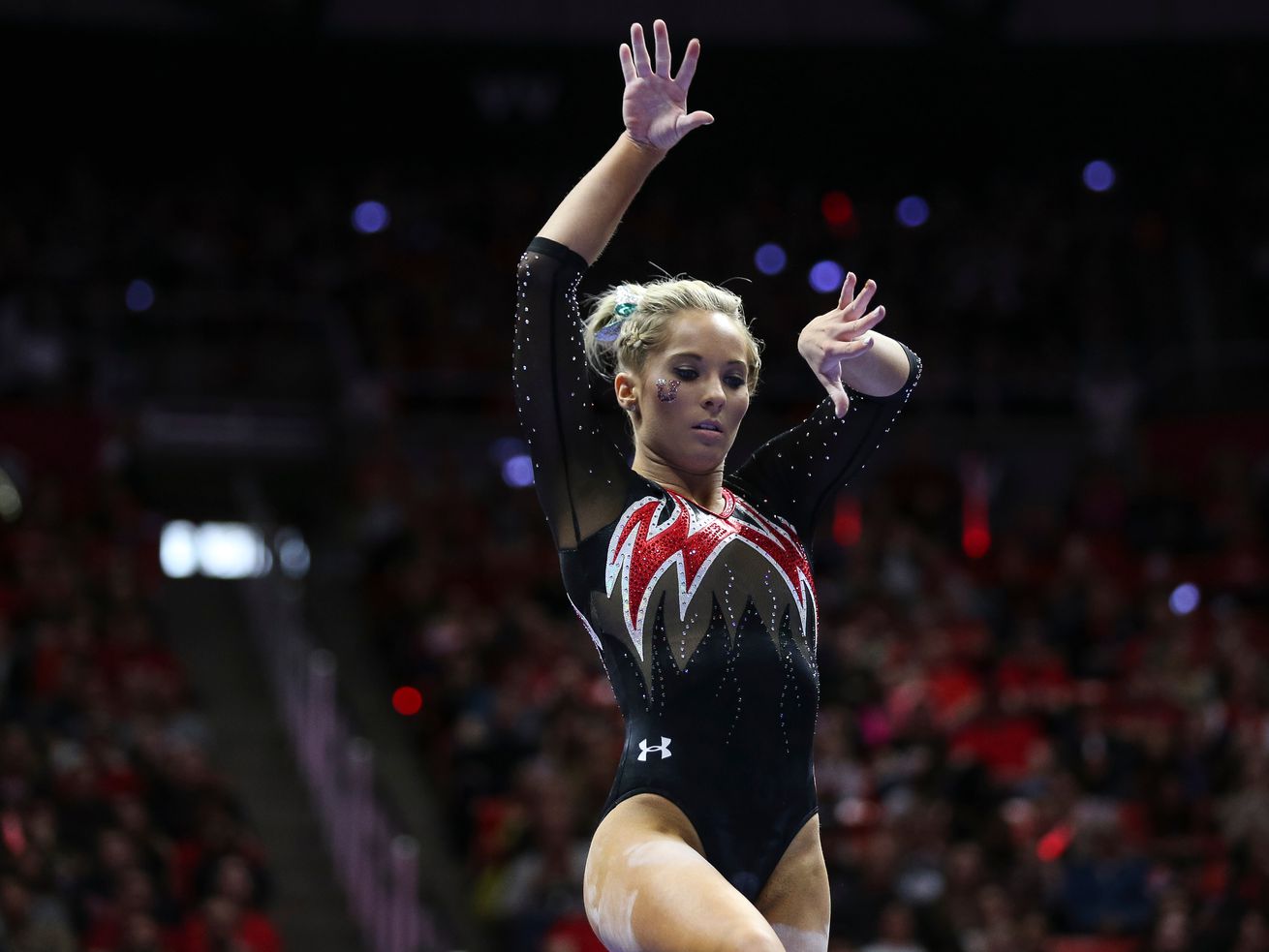 Utah’s Mykayla Skinner competes on the beam during a meet against Washington at the Huntsman Center in Salt Lake City on Saturday, Feb. 3, 2018. | Spenser Heaps, Deseret News

SALT LAKE CITY — On an ordinary day, a phone call from Jonas Harmer would have been welcome news to MyKayla Skinner. After all, what newlywed doesn’t want to hear from their spouse?

So when Skinner saw she was getting a call from Harmer on Monday, while on her way to yet another day of training at Desert Lights Gymnastics in Chandler, Arizona, it was nothing if not a pleasant surprise.

Then came the words: “Did you hear it is postponed?”

For nearly a year, Skinner had been training in hopes of competing in the Olympics. She had forestalled her senior season at the University of Utah and put her life on hold in a significant way for the chance of a lifetime.

When Harmer first said the words, that the Tokyo Games had been postponed, she honestly didn’t believe him.

“I realized then that it was really happening,” Skinner said.

On Tuesday it became official: The Tokyo Olympics are postponed until 2021. The news hit Skinner like a ton of bricks and the emotions, well, they flew all over …read more