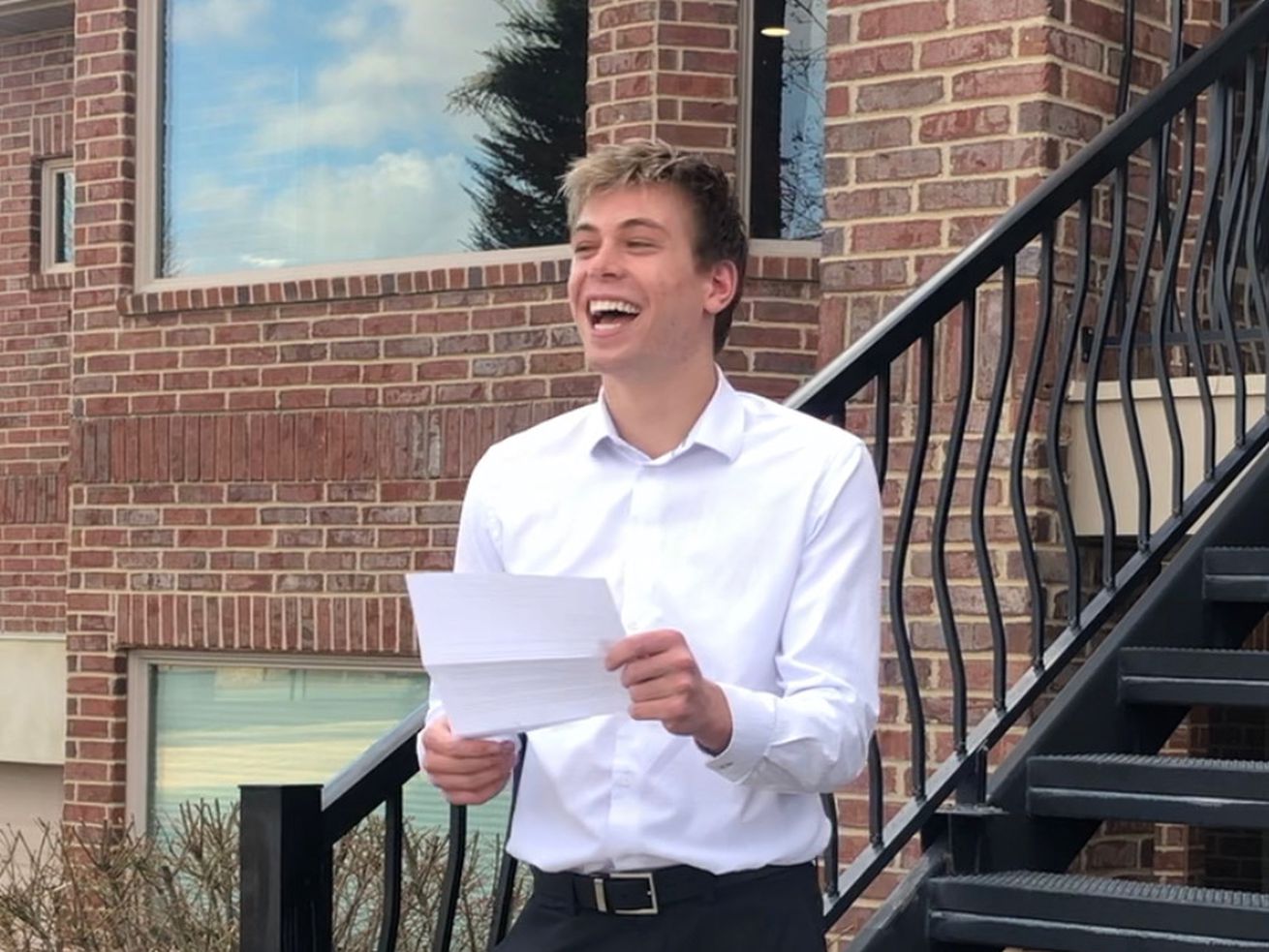 BYU basketball recruit Dallin Hall reads his call to serve as a missionary in the Philippines Olongapo Mission of The Church of Jesus Christ of Latter-day Saints to friends and family at his home in Plain City, Weber County, on Tuesday, March 17, 2020. | Provided by the Hall family

SALT LAKE CITY — When Utah’s Mr. Basketball opened his mission call last week, he was unaware of the irony it captured about the abrupt way the global pandemic has reshaped the Latter-day Saint missionary program.

An alert pinged Dallin Hall’s phone at about noon. The text included a link to his mission call, but the BYU recruit didn’t open it immediately. By the time he did, at 6 p.m., something dramatic had happened.

The Church of Jesus Christ of Latter-day Saints had announced it was sending home all of the Americans and non-native missionaries from the country where he was called to serve.

Hall once scored seven points in 17 seconds for Fremont High School. He wasn’t as smooth pronouncing the words as he read his mission call out loud to his family and close friends: He was called to serve for two years in the Philippines Olongapo Mission, where he would speak Tagalog.

“I was surprised at first,” he said, a fact captured in a photograph, “then excited.”

His mother knew the church was sending the missionaries home from the Philippines, but she was busy videotaping the family’s reactions. An uncle who served a mission in the Philippines told Hall the country is crazy for basketball. Finally an aunt told him the news.

Just like that, Hall became one representation of the changes affecting all 399 of the church’s missions and all of its 67,000 missionaries. Another is Karsyn Rushing, 21, who has been quarantined at home with …read more