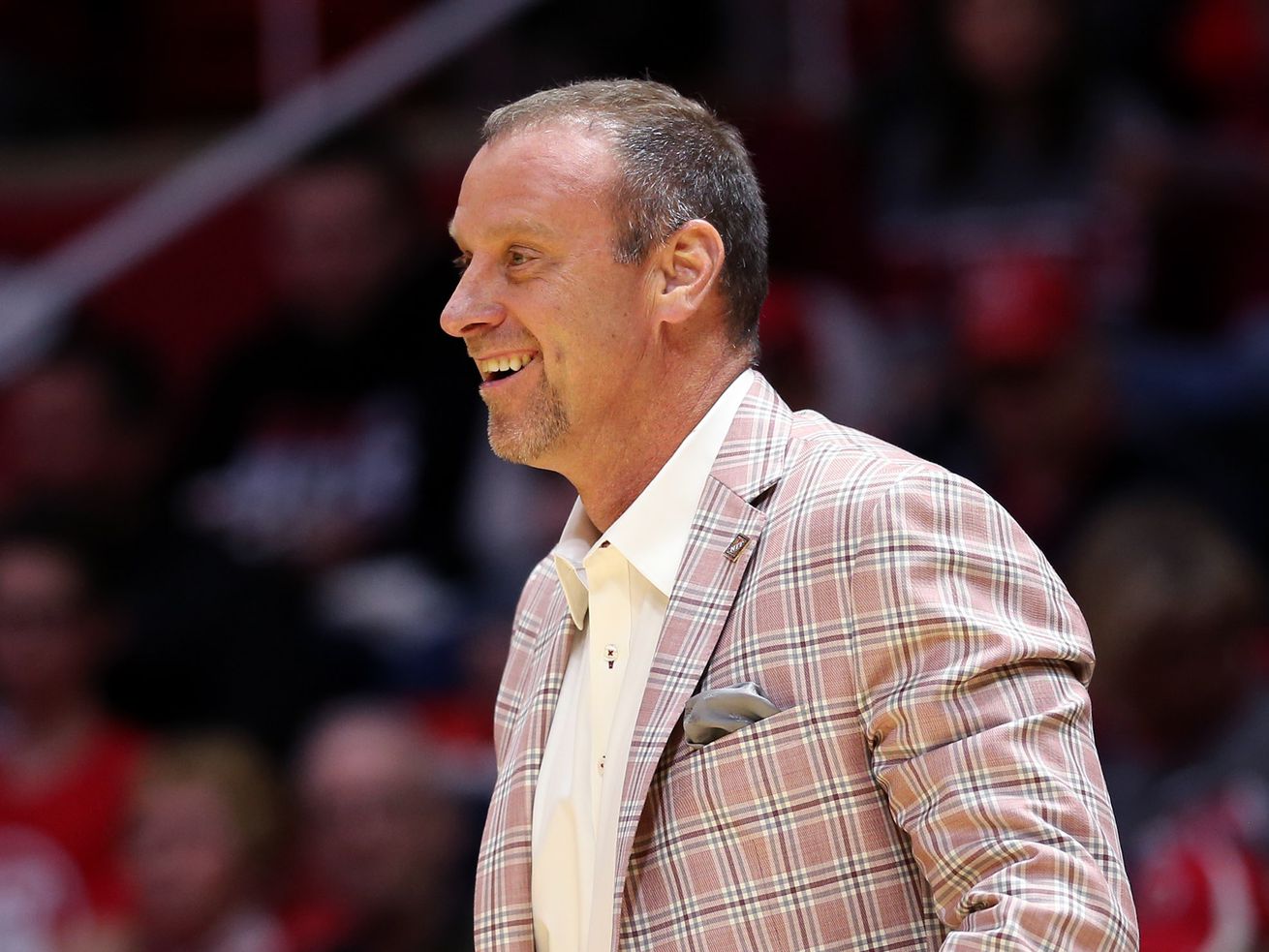 Utah Utes head coach Larry Krystkowiak smiles as he talks to one of his players as Utah and UC Davis play in an NIT basketball game at the Huntsman Center in Salt Lake City on Wednesday, March 14, 2018. Utah won 69-59. | Scott G Winterton, Deseret News

In normal circumstances, college basketball coaches usually remain very busy with their jobs at this point on the calendar even if their team’s season is over.

We are not in normal circumstances, however, and coaches have more time on their hands, especially given that in-person recruiting has been banned by the NCAA until at least April 15.

With that in mind, Stadium’s Jeff Goodman polled Division I coaches on what their favorite movie and TV show are. He reported that 337 of 342 coaches responded, and that list includes all six who lead teams in Utah — BYU’s Mark Pope, Utah’s Larry Krystkowiak, Utah State’s Craig Smith, UVU’s Mark Madsen, Weber State’s Randy Rahe and SUU’s Todd Simon.

Perhaps of most interest in this most lighthearted of polls is the fact that Big Sky foes Rahe and Simon have the same favorite movie, “The Shawshank Redemption.” There were no other same votes among the six coaches for either favorite TV show or favorite movie (Rahe’s favorite TV show is “Curb Your Enthusiasm,” while Simon went with “The Wire”).

Here’s the list of what all six coaches picked as both their favorite TV show and movie:

Movie: “The Pursuit of Happyness”