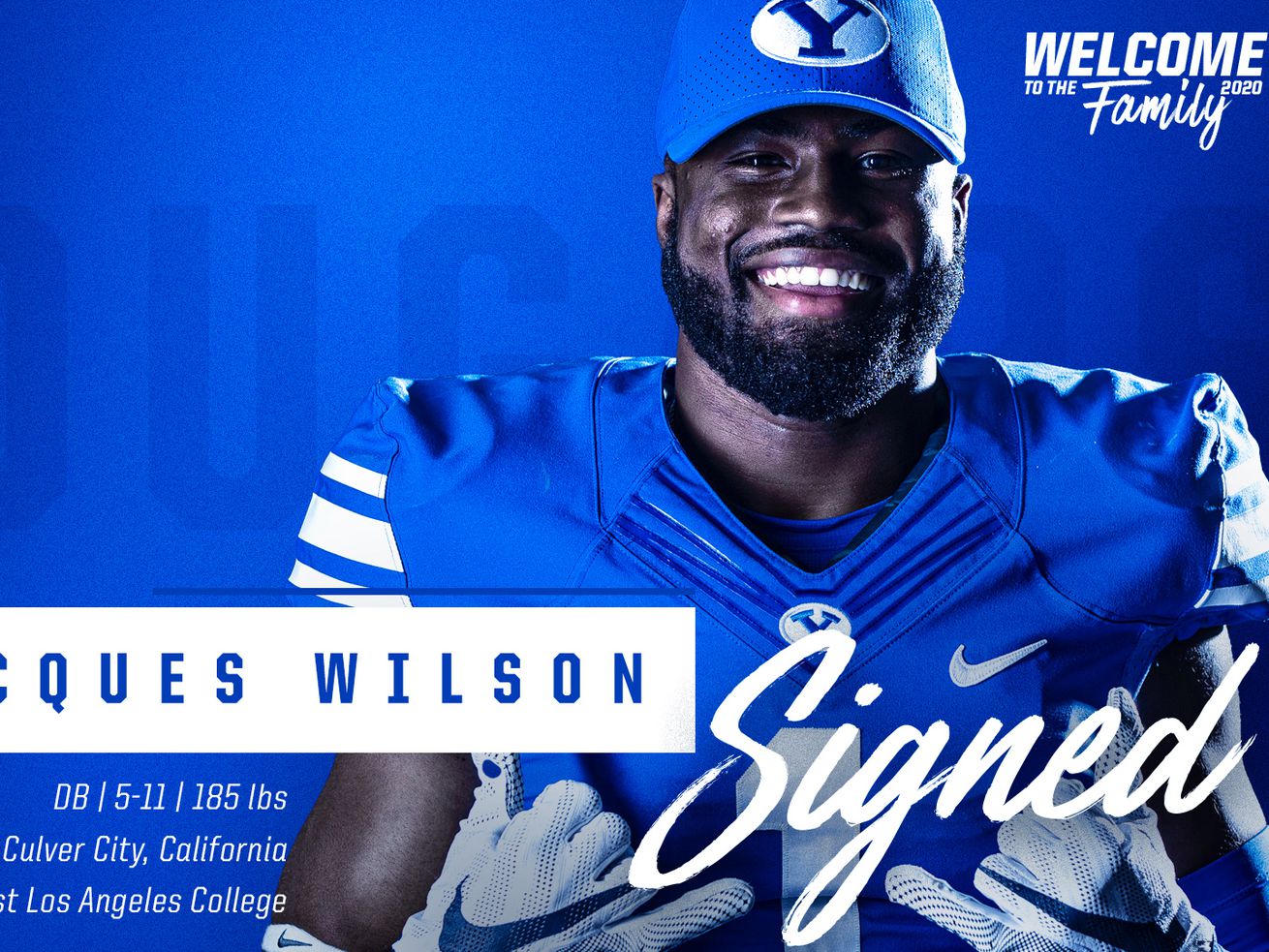 Wilson is a 5-foot-11, 170-pound cornerback from West Los Angeles College who will enter the Cougars’ program with two years of eligibility to contribute to a relatively deep cornerback group. In years past, junior college cornerbacks at BYU would be met with little competition for spots on the two-deep chart, but that won’t be this season.

Options to fill out the two-deep at cornerback include experienced players such as Chris Wilcox, DeAngelo Mandell, Isaiah Herron, Shamon Willis and converted linebacker Zayne Anderson, along with Keenan Ellis and Dmitri Gallow, among others.

So will Wilson’s name be listed on the two-deep roster come the start of the 2020 season?

We sat down with former BYU cornerback Ben Criddle to review Wilson’s film and to assess his chances of providing an immediate contribution. Criddle also hosts the radio program “Cougar Sports with Ben Criddle” on ESPN960.

What are your overall impressions of Jacques Wilson?

“I love that his first clip on his film isn’t an interception, but a forced fumble he causes by being aggressive, and then he’s able to recover that same fumble. That impresses me and it shows the type of mentality he has and how physical he can be. I love that.

“And his stats show that wasn’t just a fluke play, because he had four forced fumbles, which I absolutely love from someone playing cornerback. He also had nine interceptions, and yeah, he was very productive playing in junior college.

What other aspects of his film stand out?

“He shows good hips. He’s fluid. I also like how he flows to the football and he shows a good sense on how to keep his eyes on the quarterback while also keeping …read more