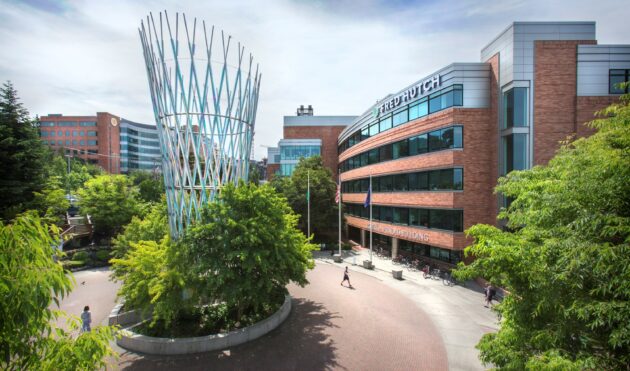 Seattle’s Fred Hutchinson Cancer Research Center is cutting about 70 jobs, about 2% of its workforce of more than 3,000 people, GeekWire has learned.

In internal messages about the job cuts, Fred Hutch officials are citing the impact of the economic downturn on the research institution’s budget. The layoffs are believed to be primarily in non-scientific positions. Fred Hutch has not yet commented publicly on the cuts.

Fred Hutch reported operating revenues of $714 million in its 2019 fiscal year, 56% of which came from contracts and government grants, 16 percent from gifts and philanthropic grants, and 6 percent from investment income. The 44-year-old organization is ranked first in National Institutes of Health funding among all U.S. independent research centers.

The institution is a life sciences and biotech powerhouse in the Seattle region, spinning off numerous startups and providing the scientific underpinnings for major companies including Adaptive Biotechnologies and Juno Therapeutics.

In addition to Fred Hutch’s core cancer research initiatives, scientists in its Infectious Disease Division have emerged as leaders in the effort to understand, track and reduce the spread of COVID-19 in the midst of the global pandemic.

Cancer research veteran Dr. Thomas Lynch joined Fred Hutch five months ago as its new president and director. Fred Hutch last week named a new board chair and made other changes in its board of trustees. The changes coincide with the June 30 end of the institution’s 2020 fiscal year.

Separately, Fred Hutch laid off 14 people as part of a broader restructuring of its internal data science initiatives in March, but said that decision was in the works for a few months and was unrelated to the economic fallout from the COVID-19 crisis.