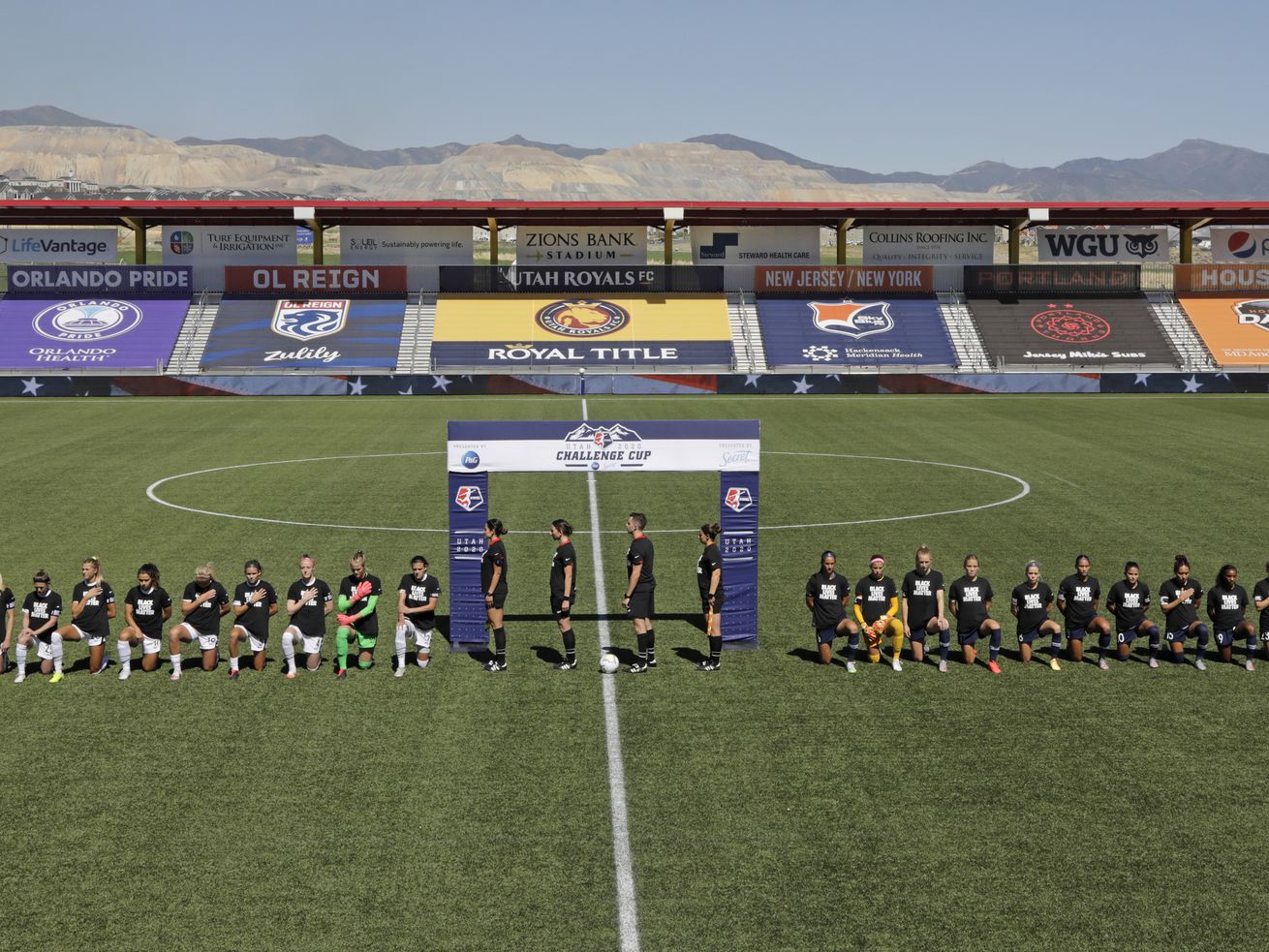 Players for the Portland Thorns, left, and the North Carolina Courage kneel during the national anthem before the start of their NWSL Challenge Cup soccer match at Zions Bank Stadium Saturday, June 27, 2020, in Herriman, Utah. (AP Photo/Rick Bowmer) | AP

SALT LAKE CITY — After last Saturday’s opening two matches of the National Women’s Soccer League’s Challenge Cup in Herriman saw most players kneel and a particularly poignant moment between Chicago Red Stars teammates Casey Short and Julie Ertz during the pregame playing of the national anthem, the league on Monday announced that the anthem will continue to be played, but players will be authorized to stay in the locker room for it if they desire.

In a statement, NWSL commissioner Lisa Baird said one of the goals of the tournament is to “support and empower players to use their platform to make the world a better place.” In that vein, she said, “we’re going to continue to play the national anthem, but with even more flexibility, and support each player’s right to express their individual views, or not.

The NWSL stands behind every player, official and staff member. Kneel on the field. Stand with your hand over your heart. Honor your feelings in the privacy of the locker room or at midfield. The NWSL is a league that was built on diversity and courage and those principles will continue to drive us forward.”

About an hour before the NWSL made its announcement, Utah Royals FC defender Elizabeth Ball, who is Black, met with local reporters via Zoom and said the team would be united in its actions Tuesday morning as the anthem played before its Cup opener against the Houston Dash.

“As a team, everybody is extremely supportive of each other. We are a united group. Kneeling is important to …read more