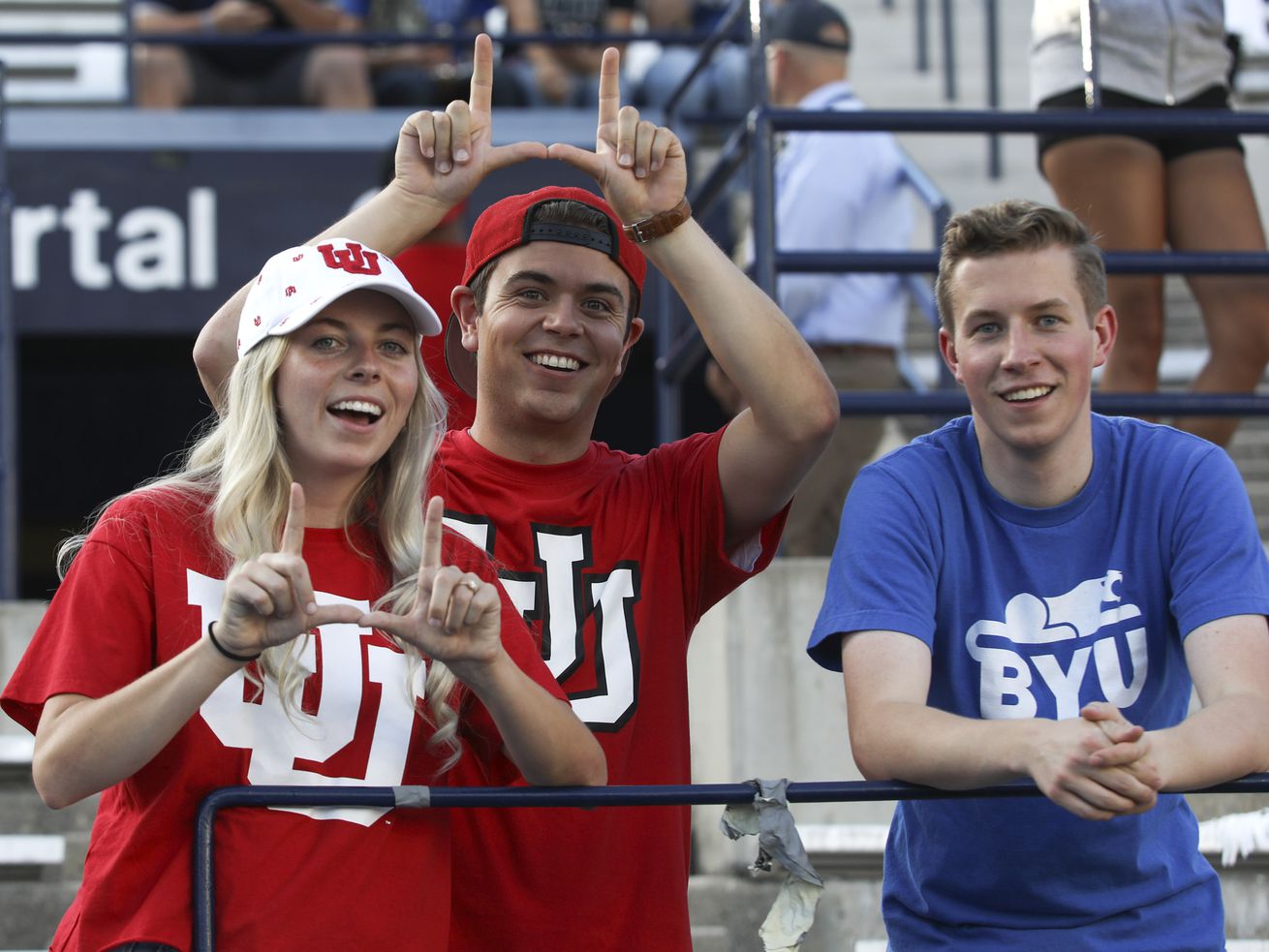 Utah fans Joseph Hallman, center, and his wife Jordan Wunderli, stand with Hallman’s cousin, Ben Young, prior to the start of the University of Utah at BYU football game at LaVell Edwards Stadium in Provo on Thursday, Aug. 29, 2019. | Steve Griffin, Deseret News

SALT LAKE CITY — Friday’s big news out of the Pac-12 was that Oregon and Oregon State called a cease fire on their “Civil War” — or at least their use of that name for their sports rivalries. Leaders from both schools said the name change was long overdue and important.

Far more interesting than that “Civil War” nickname is the fact that the winner of their annual rivalry game earns the Platypus Trophy (when it wasn’t stolen, lost or forgotten about over the decades).

Wait. The Platypus Trophy? It’s not because they’re fans of that spy animal from the Phineas and Ferb cartoon. (Mom, Phineas and Ferb gave Perry the Platypus to the Oregon Ducks football team!) This trophy came about because that semiaquatic egg-laying, duck-bill-and-beaver-tail-sporting mammal from Australia sort of resembles a combo of the schools’ mascots. An Oregon art student was selected to create an awesome trophy depicting that in 1959.

Oregon sports columnist John Canzano asked for new rivalry name suggestions for the Ducks and the Beavers, so I petitioned for “The Platypus Power Struggle” after learning about the trophy. If that doesn’t catch on, maybe they can call it “The Trail Mix.” Get it? The Oregon Trail? And they’re mixed together on various playing surfaces? No? Maybe I’m just hungry for a snack.

“The Oregon Wins Again Bowl” might be the most accurate nickname.

Based on Twitter responses, it seems many Oregonians will continue calling the rivalry the “Civil War” regardless of the schools’ desire to distance themselves from the battle between the …read more