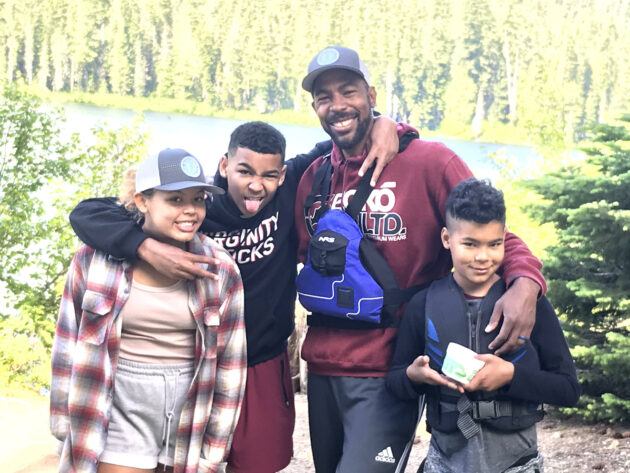 Chris Jones‘ family was in the water business, with his dad investing some 30 years in the sector, starting with his own water bottling plant in New Jersey. Jones worked for the company when he was younger, but he didn’t want to make it his life’s work. Instead, he pursued a career in marketing and tech startups.

His attitude recently changed. A woman named Doll Avant was working as CEO of his dad’s current company, Water Transit Solutions, when she became interested in the issue because of the crisis in Flint, Mich. People were anxious about water contamination, and Avant saw the potential for tapping into available data to help inform and educate them. She started investigating customer needs and demand, and developing business plans.

Avant warned Jones that she’d be recruiting him.

“I kind of chuckled. I always supported my dad, but I was never dying to get back into water. It was never a thing I was looking to do,” Jones said. “But what I liked about this business was it’s a tech business and focused on data and has a social impact component to it.”

Jones opted to go with the flow and a year ago became co-founder and chief operating officer of Aquagenuity. This week the startup was one of 200 companies awarded a $10,000 grant from WeWork through a program to support Black-owned businesses.

Jones works from Lake Forest Park, a city north of Seattle, while CEO Avant is in Atlanta. The company allows users to enter their zip code and access water quality data, as well as purchase water quality testing kits and purifiers. They’re looking at selling sensors to detect contamination.