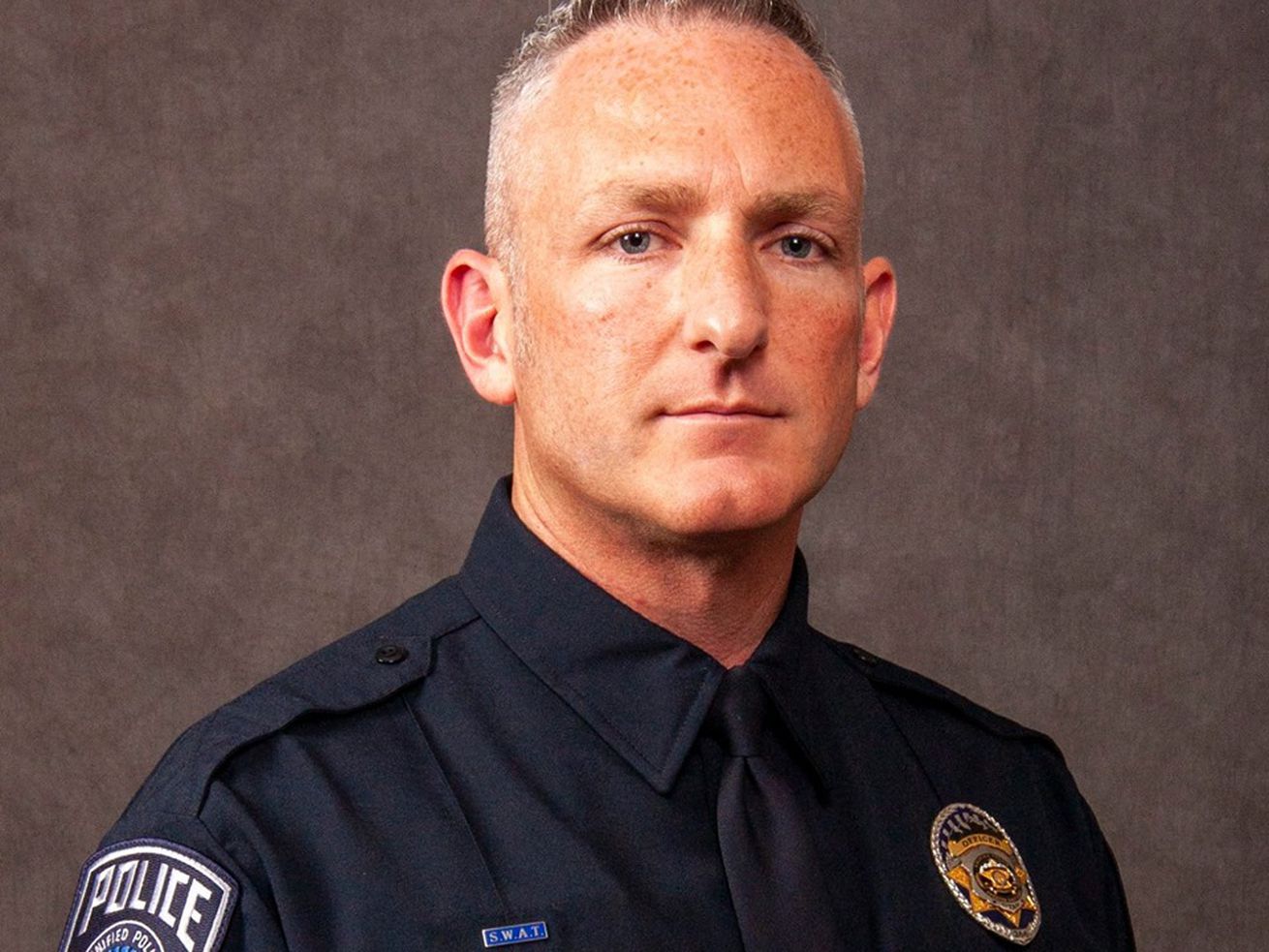 SALT LAKE CITY — A recently retired Unified police officer was killed in a motorcycle crash in Roy one week ago, the department announced on Friday,

Frank Hicks, 45, retired in June after serving with the Salt Lake County Sheriff’s Office and the Unified Police Department for 21 years. On Sept. 4, he was involved in a crash with another vehicle while riding his motorcycle near 5600 South and 1900 West in Roy.

While serving the police department, Hicks worked as a patrol officer, detective and a member of the SWAT team over his two-decade career. He most recently worked as a shelter resource officer at the Midvale Family Shelter.

“His stature would make a suspect rethink running or fighting, yet his voice could calm even the most upset and distraught victim. Frank was loved and respected by all he worked with, and will be sorely missed,” Unified police said in a prepared statement.

Hicks was also a sergeant major with the Utah Army National Guard. His family moved to Utah shortly after he was born in California, according to his obituary. Hicks graduated from Cottonwood High School.

“The freedom Jason felt when riding his bikes will never be replicated. In his short time after retirement, he was able to go on a few long rides,” his obituary stated. One ride was along the Oregon coast with his brother. Another was to the Sturgis motorcycle rally in South Dakota.

“He didn’t talk much but when he did, it was something either funny or important. Jason had high expectations for his friends, colleagues, and soldiers. Jason was a mentor and a leader to so many, it will be impossible to fill the gaping void left by his death,” the obituary states.

Hicks is survived by his parents, brother, niece and nephew. Funeral …read more