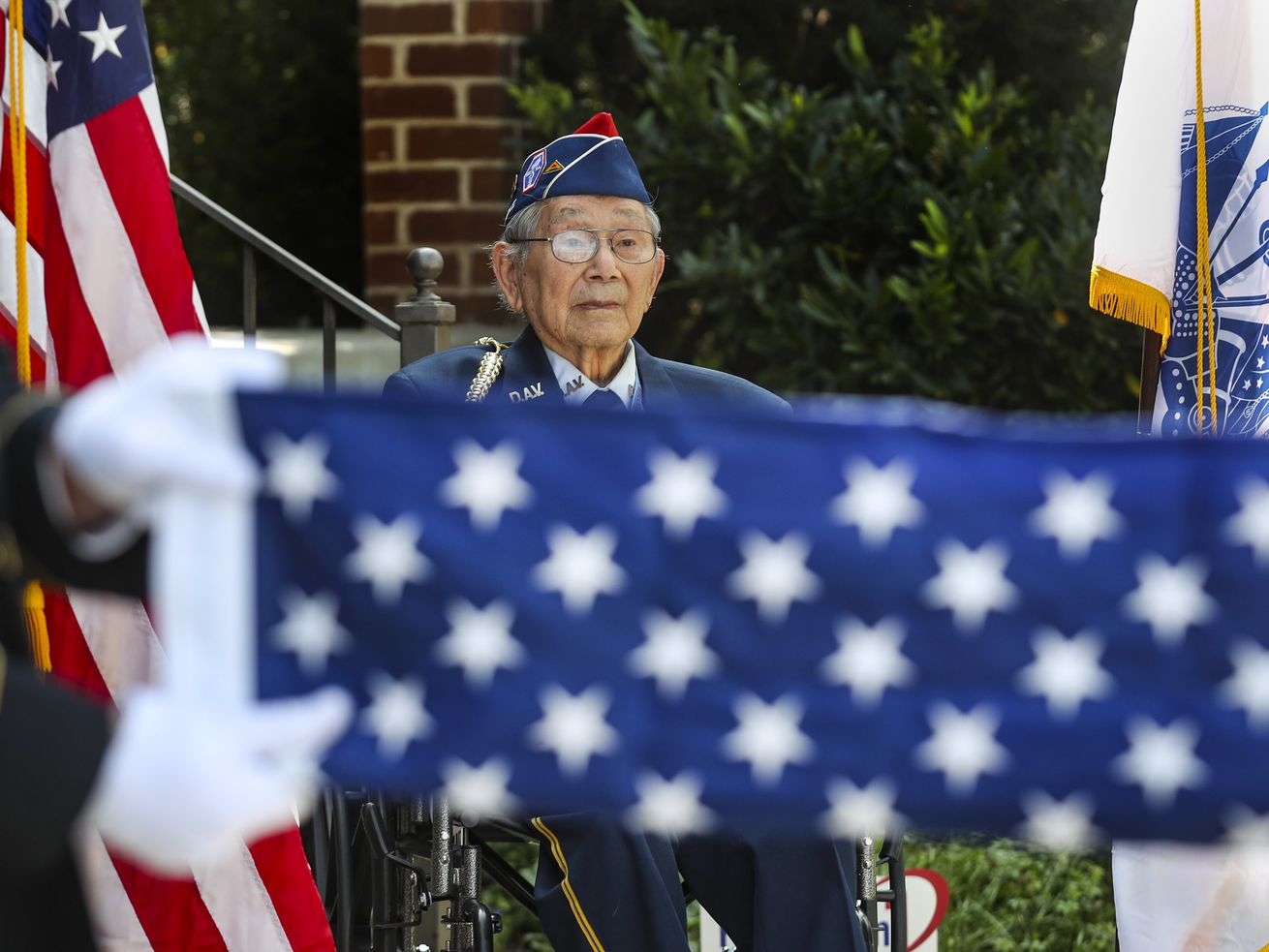 Nelson Akagi, a World War II Army veteran and Congressional Gold Medal recipient, watches as military personnel fold an American flag during an Honor Salute ceremony organized by Community Nursing Services outside of his home in Murray on Wednesday. Akagi was a college student in California when Pearl Harbor was attacked and told to return home immediately. By May, Japanese-Americans were stripped of their rights, property and classified as alien enemies. To avoid relocation into an internment camp, the Akagi family agreed to farm sugar beets in Idaho and was transported there by guarded train. In 1943, shortly after the U.S. government allowed Japanese-Americans to serve in the military, Akagi, then 19, volunteered for the Army, joining the Japanese-American 522nd Field Artillery Battalion of the 442nd Regimental Combat Team. Trained as a machine gunner, Akagi fought in key battlegrounds in Italy, France and Germany. He helped liberate many areas, including the Dachau concentration camp. In 2010, Akagi was recognized for his service with the Congressional Gold Medal, the highest civilian honor bestowed by Congress.