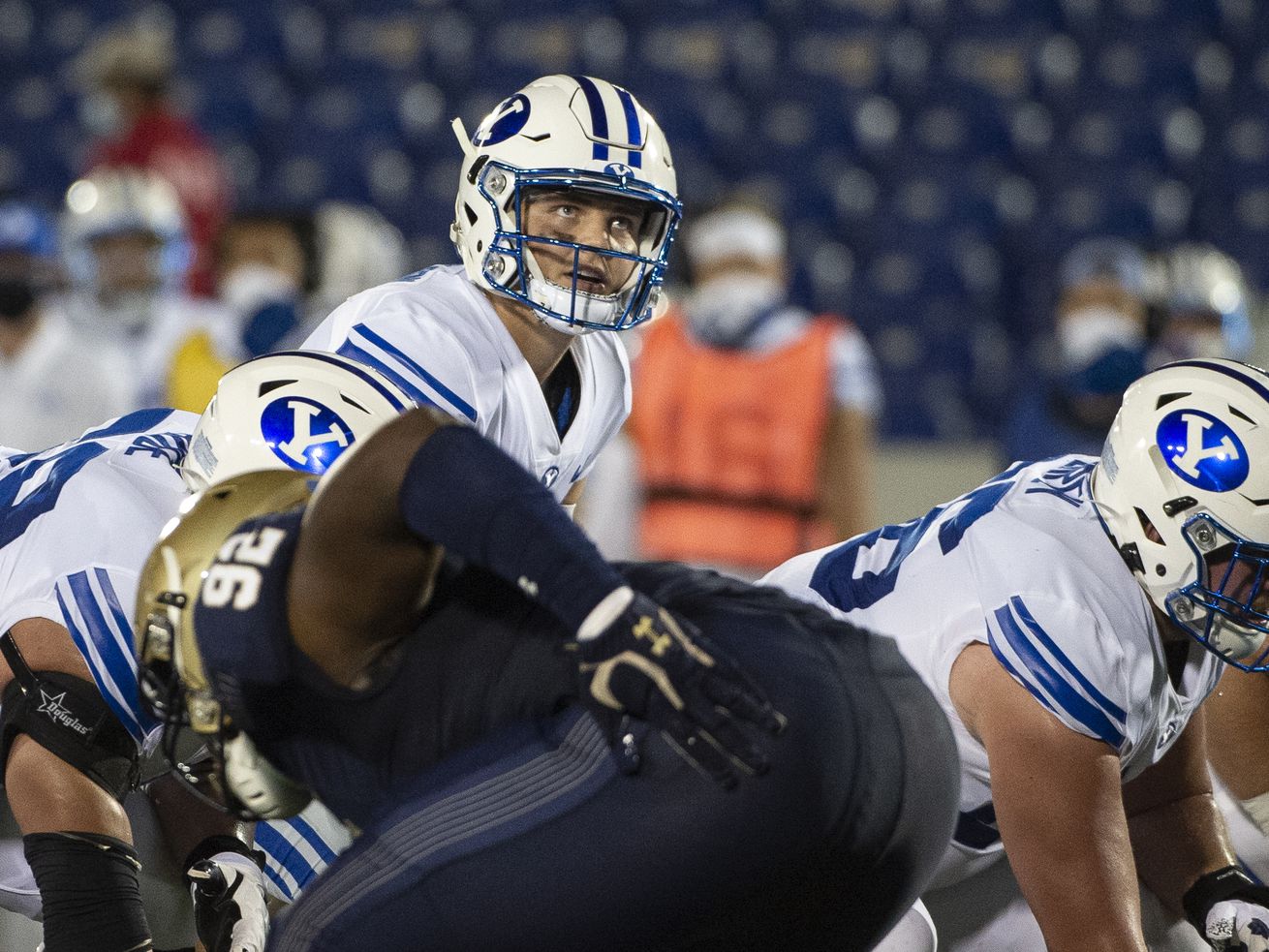 BYU quarterback Zach Wilson looks towards the game clock from the line during the first half of an NCAA college football game against the Navy , Monday, Sept. 7, 2020, in Annapolis, Md. | AP Photo/Tommy Gilligan

PROVO — Analyzing college football in the age of a pandemic can be a chore.

How many ways can you break down a win or a loss without schedule continuity, contingencies, quarantines, cancellations, rescheduling? How good is BYU’s offensive line? Pretty good, one might think. But how would it have done against Utah and the rest of the schedule that disappeared?

We will never know.

But against Navy on Labor Day in front of a national TV audience, BYU looked pretty solid on both sides of the line.

I asked QB guru John Beck, former Cougar and NFL quarterback, now a throw motion expert in San Diego, what he thought of Zach Wilson, the protection he got, and the running game that gained more than 300 yards.

Beck said a run game like the one BYU displayed against an undersized Navy front is the kind a QB likes because it keeps his uniform pristine and his body healthy.

“Any offense that can establish a run game like that really puts the defense in a bind because they can’t manage the box,” Beck said Tuesday.

Beck said it was very clear after the first series against Navy that BYU had total control of the box. It just remains to be seen in the analysis business if BYU’s offensive line can duplicate that kind of performance the rest of the season.

“Any offense that can establish a run game like that really puts the defense in a bind because they can’t manage the box.” — John Beck

Against some, perhaps most of this reconstituted schedule, maybe.