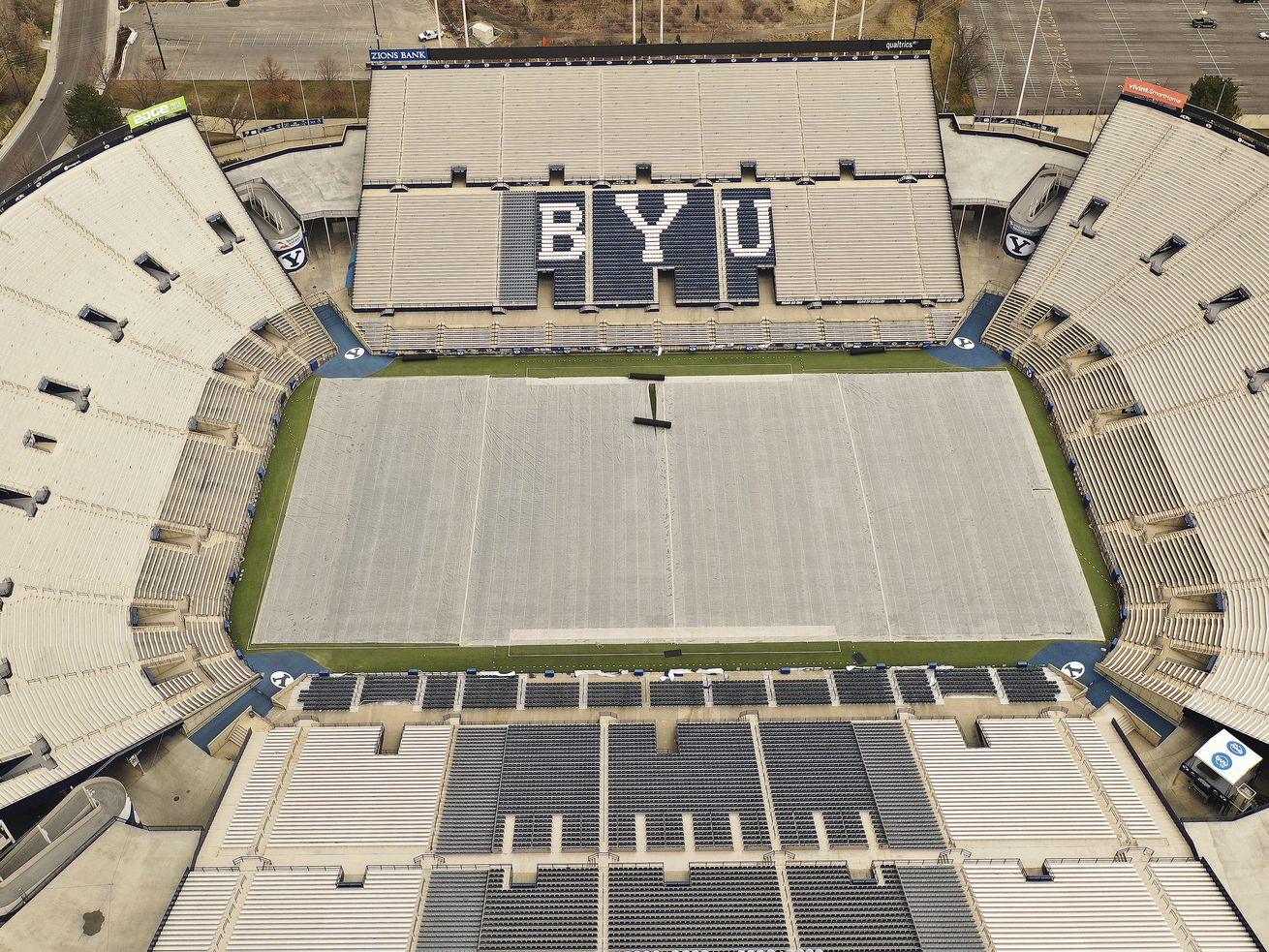 Lavell Edwards Stadium on the BYU campus in Provo is pictured on Wednesday March 11, 2020. The school announced Wednesday that multiple upgrades will be in place by the start of the 2021 campaign. | Jeffrey D. Allred, Deseret News

When more fans are allowed back into LaVell Edwards Stadium for BYU football games this fall, they’ll have an enhanced experience, as the school announced Wednesday morning that new video boards, LED ribbon boards and a new sound system will be installed in time for the 2021 season.

After a year in which athletic programs around the country took huge hits financially because of the pandemic, the upgrades will be entirely funded by Nu Skin, a longtime sponsor of BYU Athletics.

Beside the new display boards, a new single point sound system will replace the sound system in the north end zone, which the school said “will significantly enhance the audio experience for those in attendance.”

Construction will begin this month, and they will be completed in time for the 2021 season. BYU is scheduled to open the campaign on Sept. 4 against Arizona in Las Vegas, and the home opener is set for Sept. 11 against rival Utah.