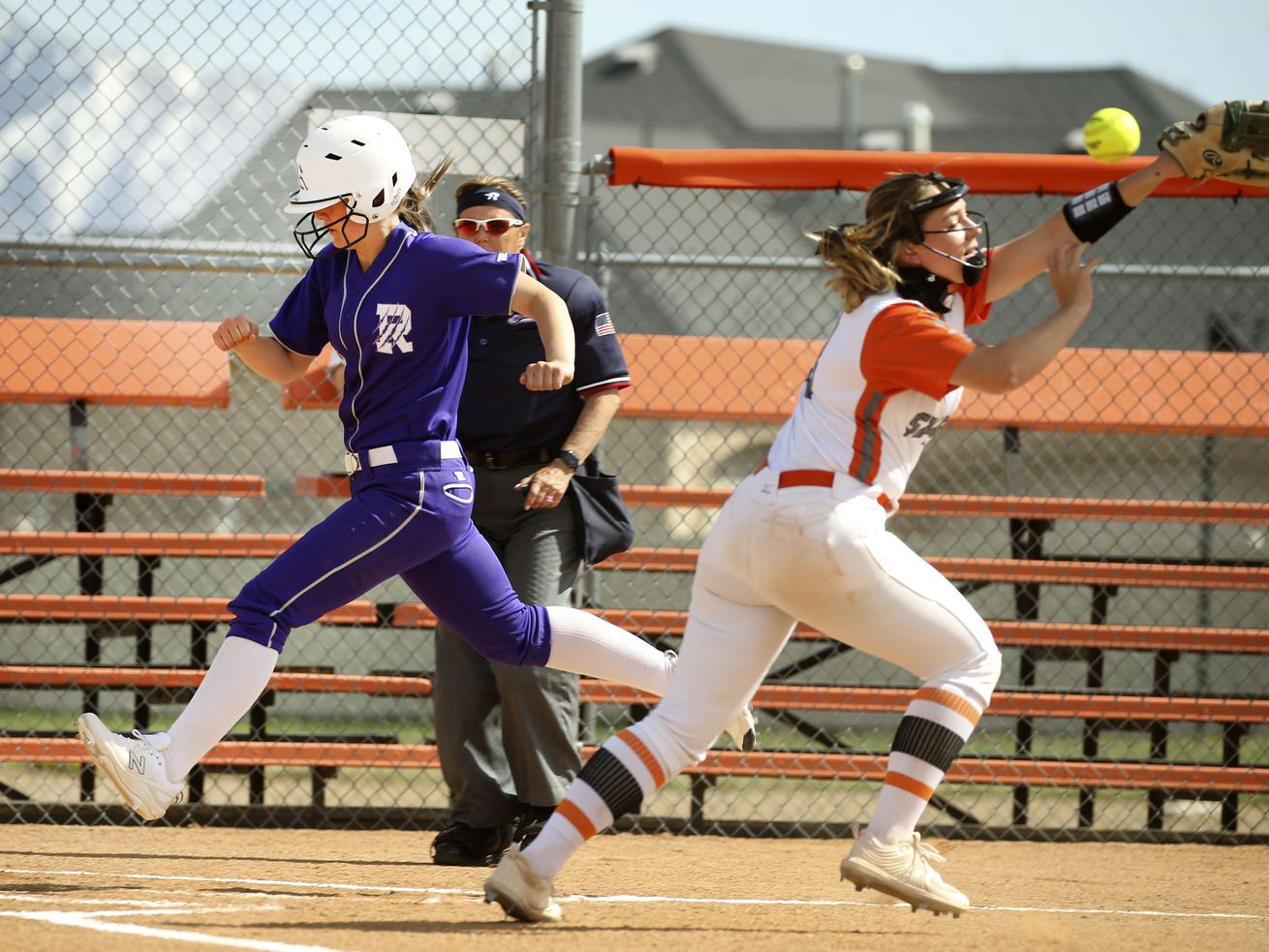 Even though Riverton ended up beating Murray by 17 runs during Wednesday’s game at Riverview Junior High, there was a moment in the fourth inning when Riverton coach Katelyn Elliott could sense the slightest momentum shift.

How Elliott handled the moment, and the philosophy she’ll likely continue to use all season, are big reasons Riverton is one of the favorites in 6A this season.

To be blunt, Riverton is loaded on the mound with two aces.

Between senior Chloe Borges and junior Kaysen Korth, Elliott has a pair of hard-throwing pitchers at her disposal who she can mix and match however she sees fit.

Against Murray, they combined to face just 23 batters, with Korth facing 12 batters and striking out seven while allowing one hit. Borges came on in relief and faced 11 batters, striking out six and allowing zero hits.

“They’re both phenomenal pitchers,” said Elliott. “It’s really freeing as a pitcher to know that you’ve got somebody coming in behind you, so they can go out and be free out there and maybe try pitches they would’ve if they were up tight.”

Korth got the starting nod, and after mowing down Murray’s hitters through the first three innings, she gave up a bloop single to Murray’s Ellie Christensen to lead off the fourth inning.

With his team only trailing 2-0 at the time and pitcher Anika Salvesen looking strong on the mound through four innings, Murray coach Eric Christensen elected to play small ball and had Oakleigh Harman sacrifice bunt Christensen to second base.

That was enough for Elliott to make a pitching change. She could’ve easily left Korth in the game, which …read more