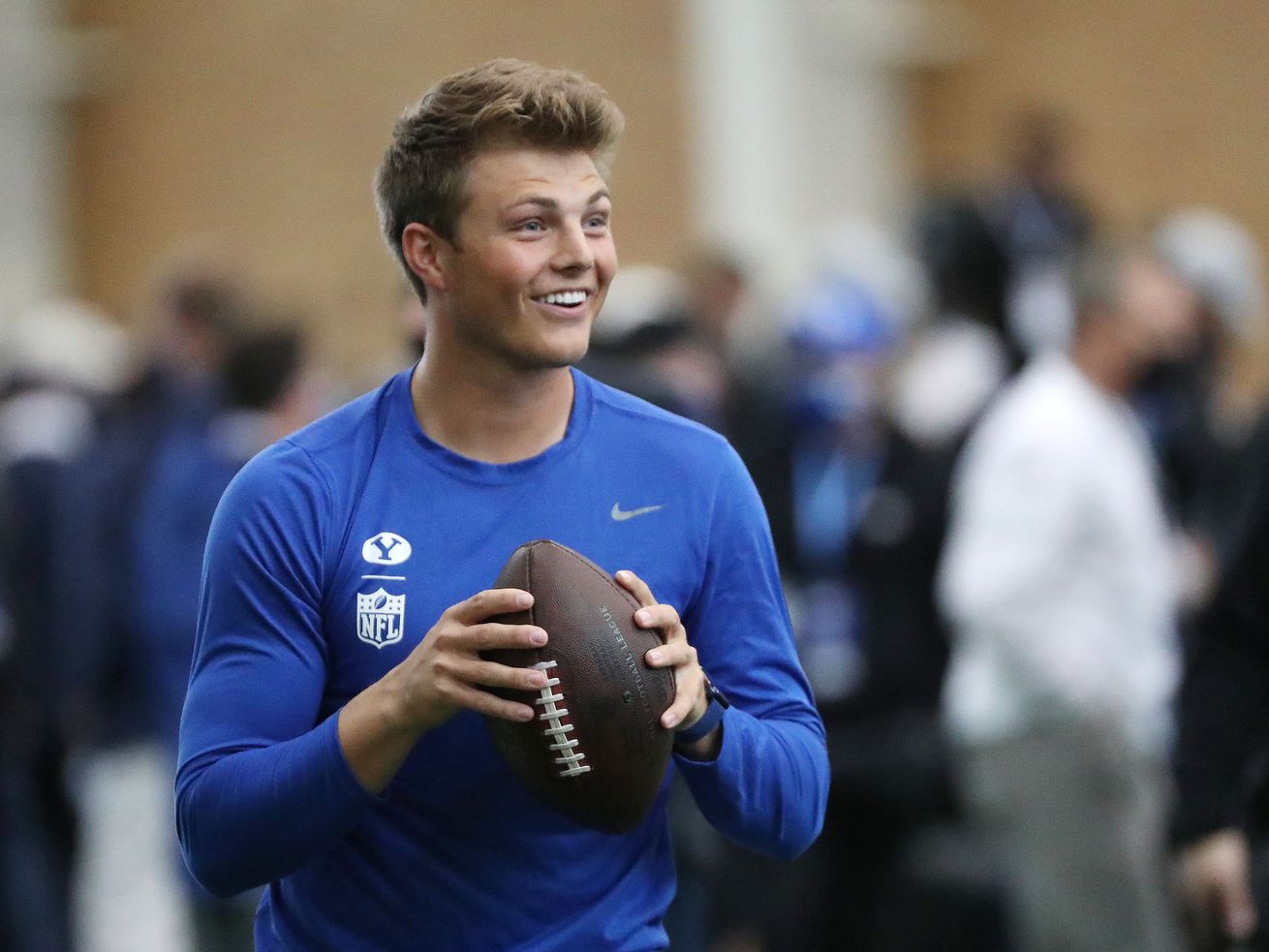 Quarterback Zach Wilson warms up during BYU’s pro day in Provo on Friday, March 26, 2021. Wilson is projected to go early in the first round of the NFL draft, perhaps No. 2 overall to the New York Jets. | Jeffrey D. Allred, Deseret News

Sorry, Jason Ah You. All that impressive work you and your gang did to stage a top-drawer BYU pro day didn’t really matter to most of the NFL media herd.

With or without that day, the horde already had what was needed to create layer upon layer of Zach Wilson hype: They had film.

The Wilson hype machine has become an organic phenomenon this winter and spring.

The media pack, and throw a multitude of NFL scouts into that swarm, have been on Wilson like bees on honey.

It’s a sweet anthem for BYU fans and fingernails on the blackboard for haters.

As for the Jets, this likely means they’re all-in on Zach Wilson, which I obviously approve of. My #1 QB in this draft, feels like I am watching Mahomes again. Exceptional throwing, best arm in the draft, amazing off-schedule.

It’s only getting louder and more frequent.

It isn’t going away.

And leading up to the NFL draft, it’s going to get higher and louder and thicker.

The latest comes from ESPN NFL insider Field Yates, whose breakdown of Wilson was pure saccharine.

Well, he does fiddle in fantasy football. But his report of Wilson is still sugar.

He’s works for the biggest sports voice in the game.

Yates starts his TV segment, now on YouTube, with a script that begins: …read more