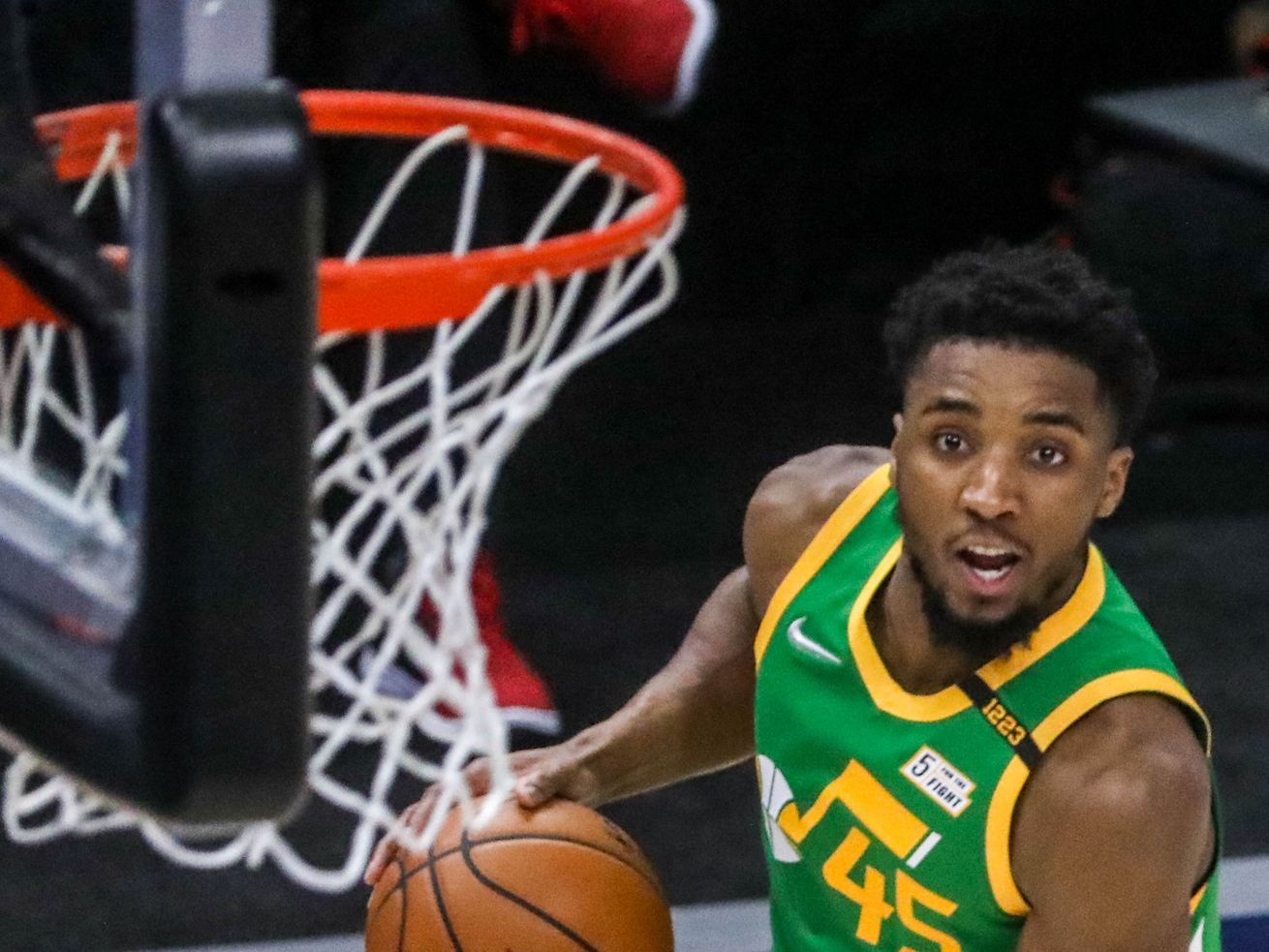 The Utah Jazz beat the Portland Trail Blazers 122-103 on Thursday at Vivint Arena on the second night of a back-to-back to break a two-game skid.

It was a 40-19 third quarter from the Jazz that separated what had been a close game up to that point. The Jazz weren’t even necessarily shooting the ball well, but they outrebounded the Blazers 19-6, including picking up five offensive boards while the Blazers had zero for the quarter. The Jazz finished the game with a 58-41 rebounding advantage, a big turnaround from their poor rebounding effort in Phoenix.
While the defense and rebounding were really good for the Jazz in the third quarter, there was also a huge difference in their spacing and passing in that quarter. There was a return of the blender, which is a nice sign for the Jazz.
Donovan Mitchell sparked that third-quarter run, scoring 13 of his 37 points in just over 10 minutes on the floor in that stretch.
Rudy Gobert’s passing has been on another level lately and he had quite a few really impressive passes on Thursday, including a behind the back pass to Miye Oni at the 3-point line, but Oni missed the shot. Gobert also was showing off what he can do when he goes up strong and uses his footwork in the post.

Oni got some extra playing time against Portland because Jordan Clarkson missed the game with a right ankle sprain. Not only did Oni play really well, as he usually does, but his defense was really a thing of beauty most of the night, especially on a play that needed to be …read more