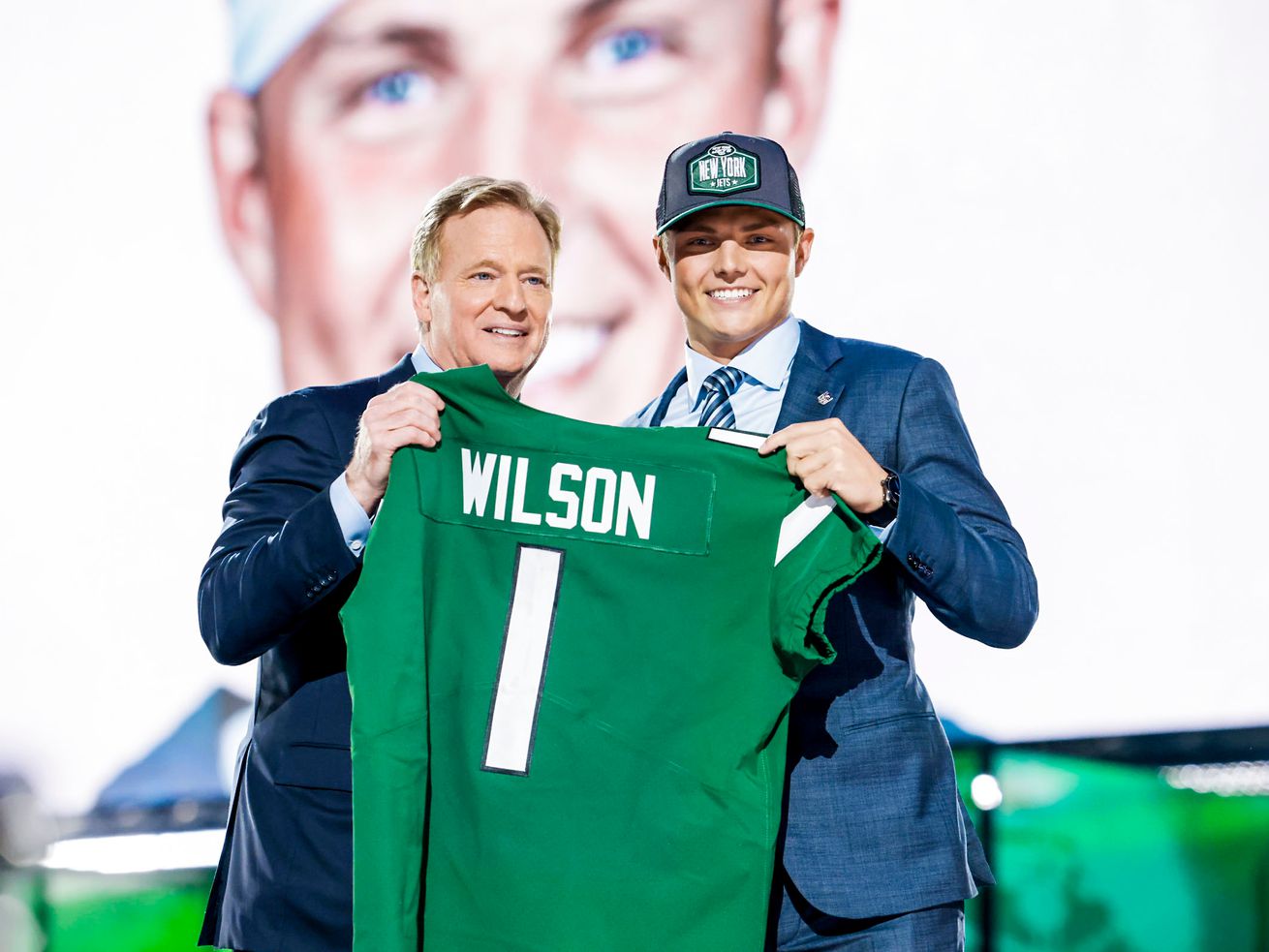 BYU quarterback Zach Wilson, right, poses for a photo with NFL commissioner Roger Goodell after the New York Jets used the No. 2 overall pick to select Wilson in the 2021 NFL draft on Thursday, April 29, 2021, in Cleveland, Ohio. | BYU Photo

‘Zach’s Fifth Avenue,’ as internet wags starting calling him moments after the New York Jets picked him, said the club is ‘going to the Super Bowl’ to the delight of Jets nation

CLEVELAND — Before he slapped hands with overjoyed New York fans lining the runway at a makeshift stage adjacent to Lake Erie, hugged vaccinated NFL commissioner Roger Goodell and promised some of the most long-suffering patrons in the league that the Jets are “going to be a special team, baby” and “are going to the Super Bowl,” former BYU quarterback Zach Wilson shared a special moment with his parents, siblings and former coaches in the famed “green room” waiting area in Cleveland on Thursday night.

“We made it,” Wilson whispered to each as he hugged them and his girlfriend, Abbey Gile. “How amazing is this?”

For a few unforgettable minutes, the fresh-faced kid from Draper, a Salt Lake City suburb some 20 minutes away from Utah’s capital city, owned the country’s spotlight, and started to win the hearts of the denizens of its biggest city. As almost everyone expected, the Jets selected Wilson with the No. 2 pick of the 2021 NFL draft.

“I had a pretty good idea, but I wasn’t certain that I would be picked by the Jets,” Wilson said in an eight-minute news conference nearly an hour after the selection. “Just the emotions that went into it is what I will remember, and how excited I was to be in that situation and hugging both my …read more