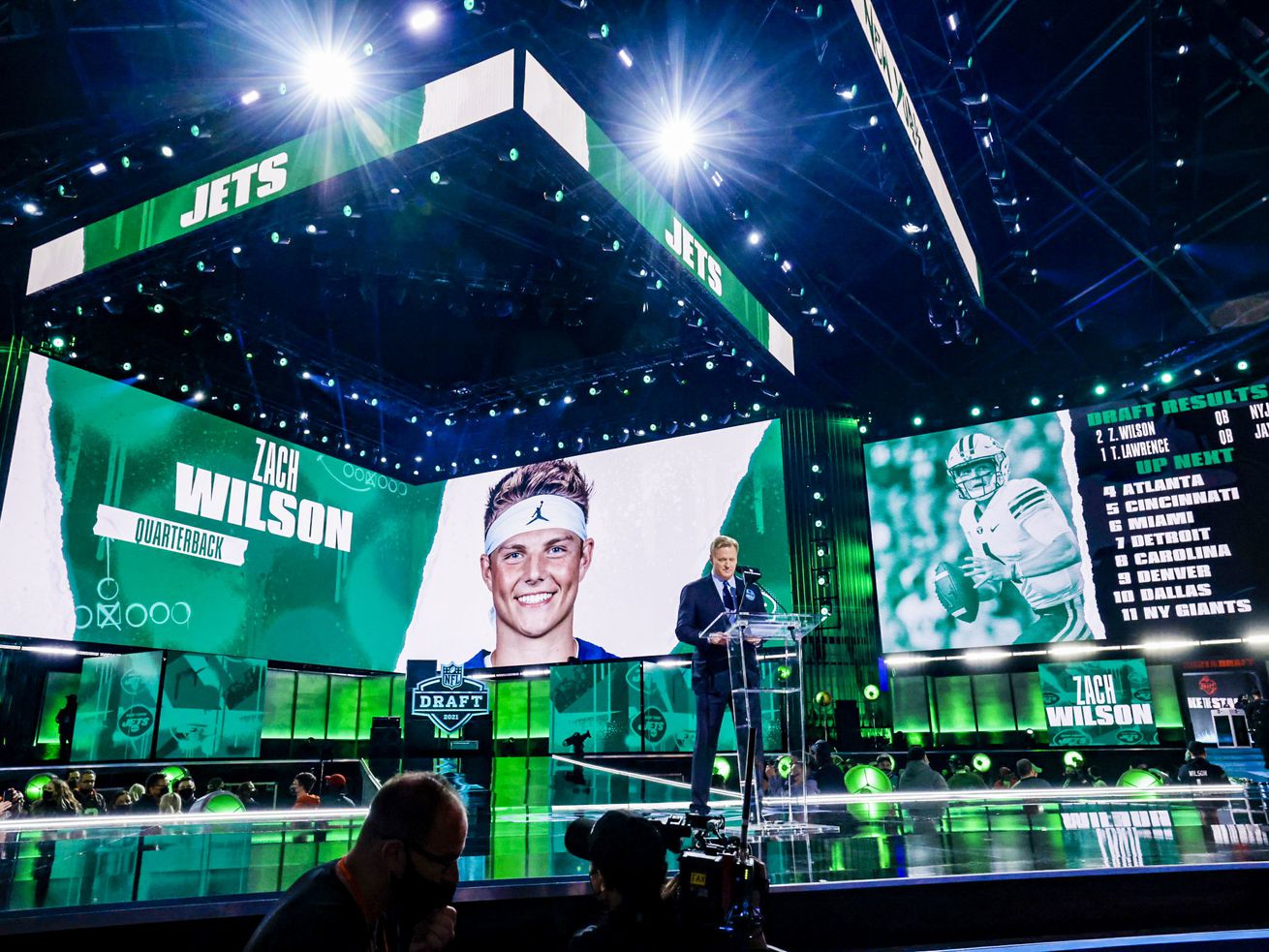 NFL commissioner Roger Goodell announces that BYU quarterback Zach Wilson is the No. 2 overall pick to the New York Jets in the 2021 NFL draft on Thursday, April 29, 2021, in Cleveland, Ohio. | BYU photo

It’s been all but a foregone conclusion for a long time now that the New York Jets would take BYU quarterback Zach Wilson with the No. 2 pick in the NFL draft on Thursday night, but nevertheless, there was still some great reaction on Twitter when it finally became official.

From BYU alums and fans

I have mixed emotions…I’m stoked for Zach and I’m sick for Zach. He’s got a tough road ahead of him but if anyone has the mental toughness to do it, Zach does. Let’s go! #NFLDraft2021 #BYUFootball

And @BYUfootball puts another QB in the league. This tweet was brought to you by @Verizon #VerizonPartner but mostly @UtahCoachWhitt.

We are all @nyjets fans. Congratulations @zachkapono1. You’re going to be awesome. pic.twitter.com/teyubmQIPO

The Zach Wilson Era has begun…