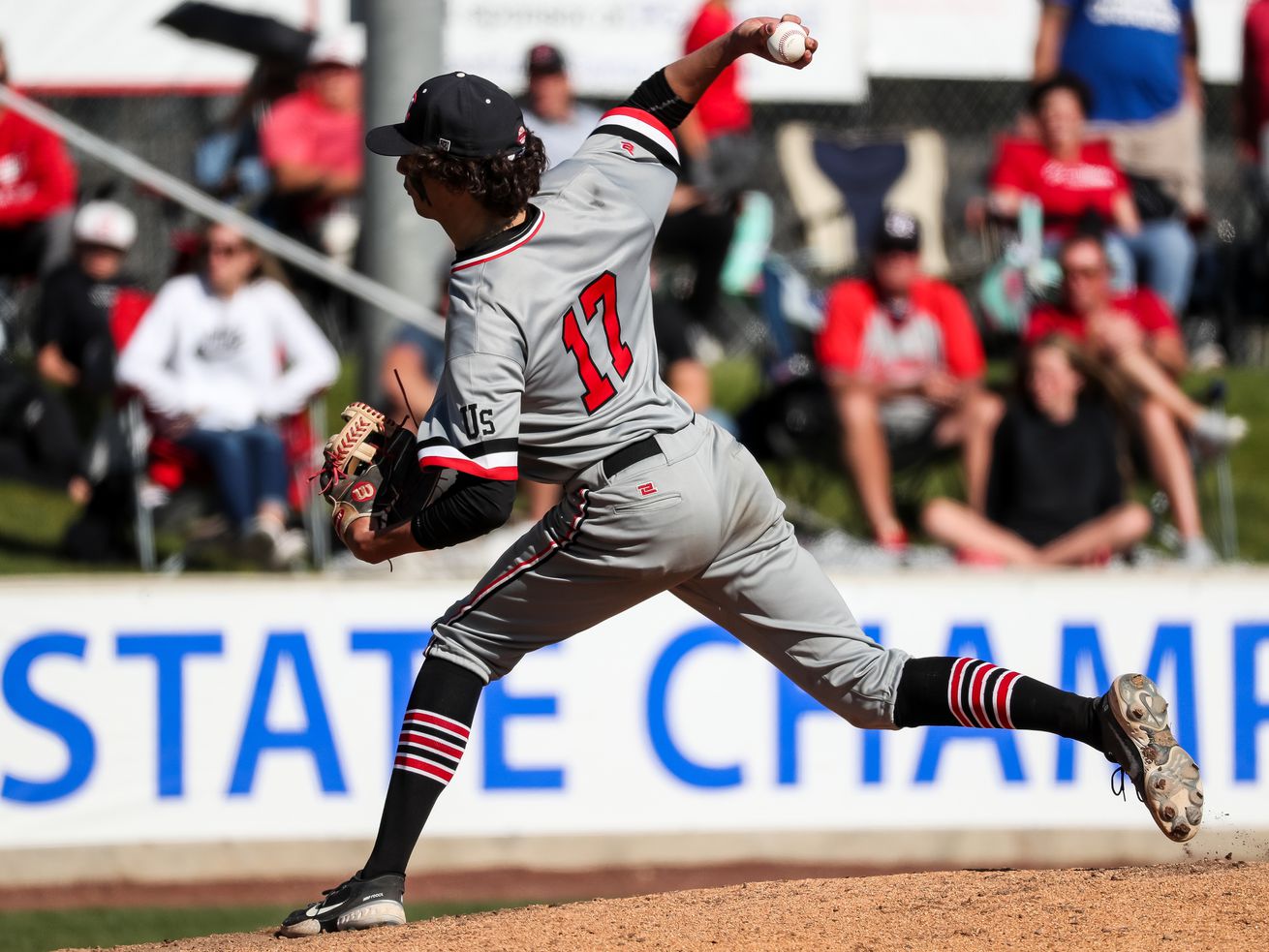 It’s rare when undefeated baseball teams square off in May, so naturally the hype surrounding the opening game of No. 2 Pleasant Grove vs. No. 1 American Fork on Tuesday was sky high. The bleachers were packed behind home plate, with fans packed up and down both baselines.

While the energy of every pitch and out was palpable in the first couple innings, by the third inning the showdown had become a one-sided affair with all the cheering coming from the visiting third base dugout.

American Fork scored four runs in the third inning, three in the fourth and three more in the fifth, and with Dalton Smith painting the corners from the mound those 10 runs were enough for the mercy rule to kick in as American Fork rolled to the 10-0 victory to improve to 19-0 on the season.

“It was fun, we were all excited for this game, but we were focused also. We were ready to play these guys. We wanted good competition,” said American Fork No. 9 hitter Dax Newman who went 3 for 3 with a double and home run.

All nine American Fork hitters recorded a base hit, even more impressive when you consider they were all condensed in the third, fourth and fifth inning.

Most of American Fork’s hits in the third and fourth innings were singles, but they added up to a couple of big innings that gave Smith plenty of run support.

Smith only allowed two hits and struck out four as Pleasant Grove only had one runner reach second base.

“Dalton Smith on the bump is just an incredible leader, super impressed by his …read more