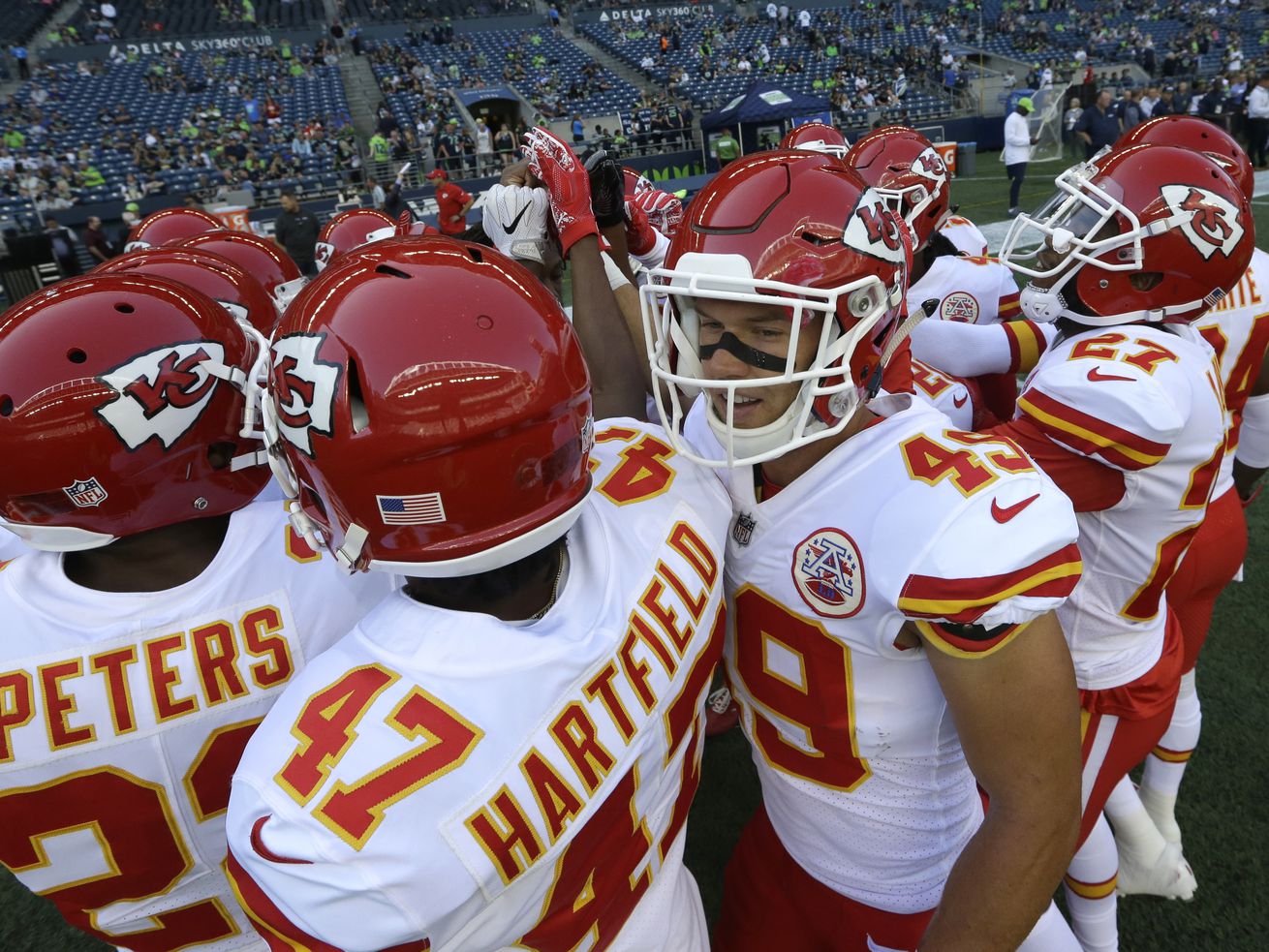 Kansas City’s Daniel Sorensen (49) huddles with teammates before a preseason game in Seattle in 2017. Sorensen is one of several Latter-day Saints playing in the NFL. | Elaine Thompson, Associated Press

Editor’s note: This is the first of a two-part series on what it’s like to be a Latter-day Saint football player in the NFL.

What is life in the National Football League like for a Latter-day Saint?

A number of former college players who belong to the global faith are about to find out.

BYU’s Zach Wilson and Oregon’s Penei Sewell were among the top players selected in this past weekend’s 2021 NFL Draft. Wilson was the second overall pick by the New York Jets and the Detroit Lions took Sewell at No. 7.

NFL teams drafted four other Latter-day Saint players on Thursday, Friday and Saturday, then signed an additional six as undrafted free agents over the weekend.

DAN LOH, Associated Press
Former Philadelphia tight end Chad Lewis reacts after catching the winning touchdown pass against the Dallas Cowboys Sunday, Oct. 26, 1997, in Philadelphia. Lewis is one of many Latter-day Saints who have played in the NFL.

Lewis was a rookie and undrafted free agent signee when he approached then-Philadelphia Eagles offensive coordinator Jon Gruden during his first NFL training camp and asked point blank if he would make the team.