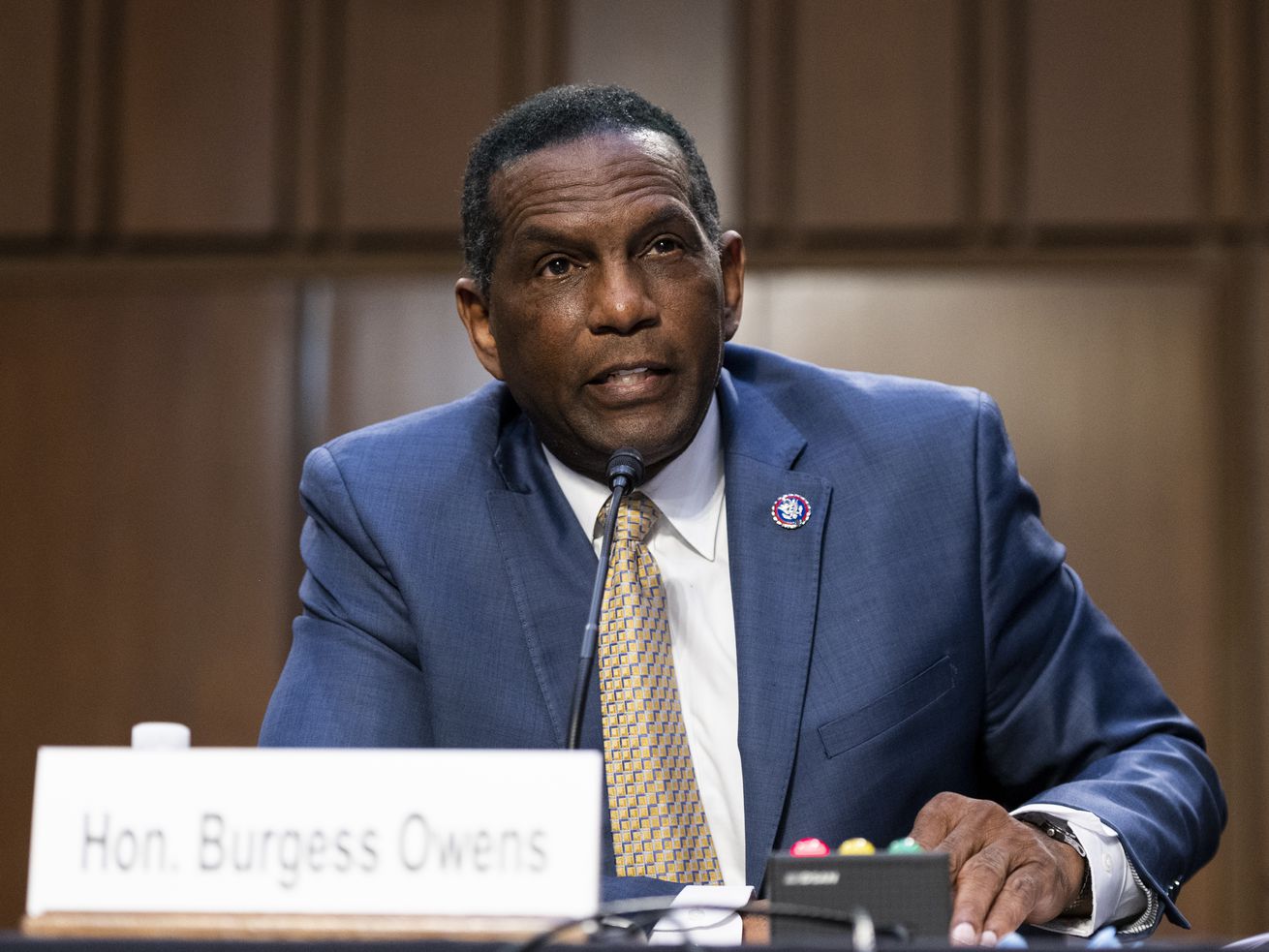 Black perpetrators, not white supremacists, are responsible for the large number of deaths in Black neighborhoods, Rep. Burgess Owens said Thursday in a House committee hearing.

“I keep hearing from my friends across the aisle about white supremacy, but based on the unconscionable high death tally of Black Americans in their own communities, it’s evident that evil white supremacists is not our greatest threat. It is evil Black perpetrators, predators living among us,” he said.

Owens’ comments came during a House Judiciary Committee where lawmakers grilled FBI Director Christopher Wray on a variety of topics, including the U.S. Capitol riot and recent ransomware attacks on businesses.

Owens didn’t ask any questions but used his allotted time to talk about murder and crime rates in the United States.

“I ask my fellow lawmakers not to continue to think this plague of evil is normal, shrug our shoulders and turn the page,” He said. “It’s time for us to work together to end the policies that’s keeping too many poor, Black Americans, living mostly in urban cities, living in fear, illiteracy, joblessness, hopelessness and anger.”

Owens did not cite any specific policies in his brief speech.

The first-term congressman referred to a USA Today story reporting that there were more than 20,000 murders in the U.S. last year, the highest total since 1995 and 4,000 more than 2019. Preliminary FBI data for 2020 points to a 25% surge in murders — the largest single year increase since the agency began publishing uniform data in 1960.

Owens said looking at the numbers, he was going to guess that white on Black crimes, Black on white …read more