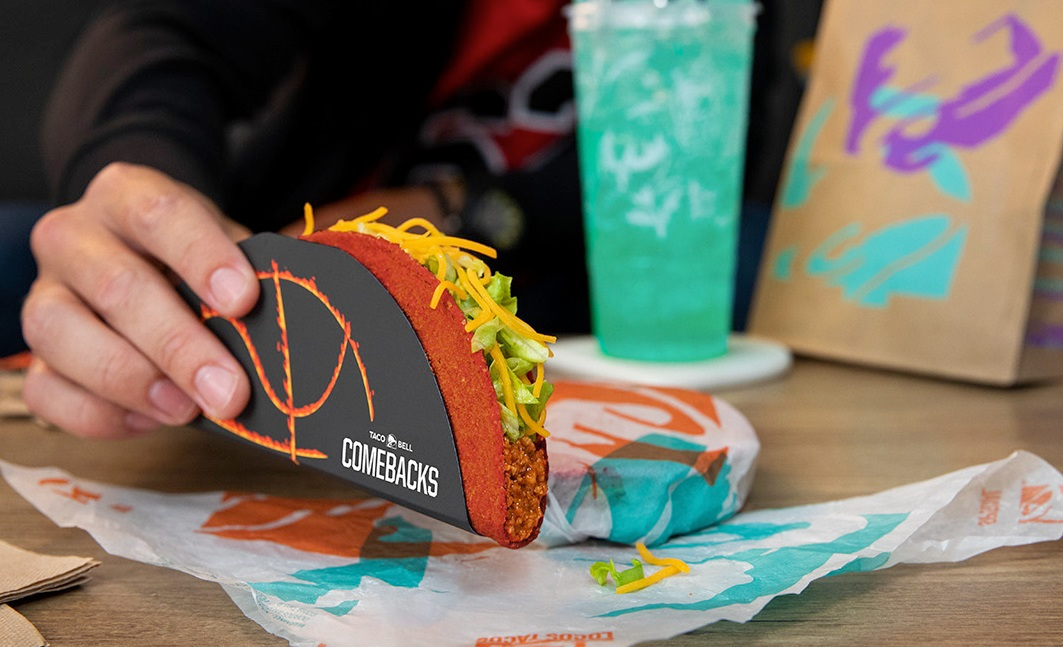 Taco Bell will give away Flamin’ Hot Doritos Locos Tacos on Thursday, July 22, thanks to the Milwaukee Bucks.

The Irvine-based fast food giant is making good on a promotion called called Taco Bell Comebacks, which was tied into the NBA Finals.

If either team in the finals came back from being behind at halftime to win a game, that victory would trigger the taco giveaway.

The Bucks trailed the Phoenix Suns by five points at halftime in Game 6, but came back 105-98 to win the game and the title.

Taco Bell’s offer is for one free taco per person while supplies last at participating locations in the United States.

Flamin’ Hot Doritos Locos Tacos were briefly on the menu in 2020 and brought back for a limited time for this promotion.

People who have the Taco Bell app can get early access to the tacos today, July 21.