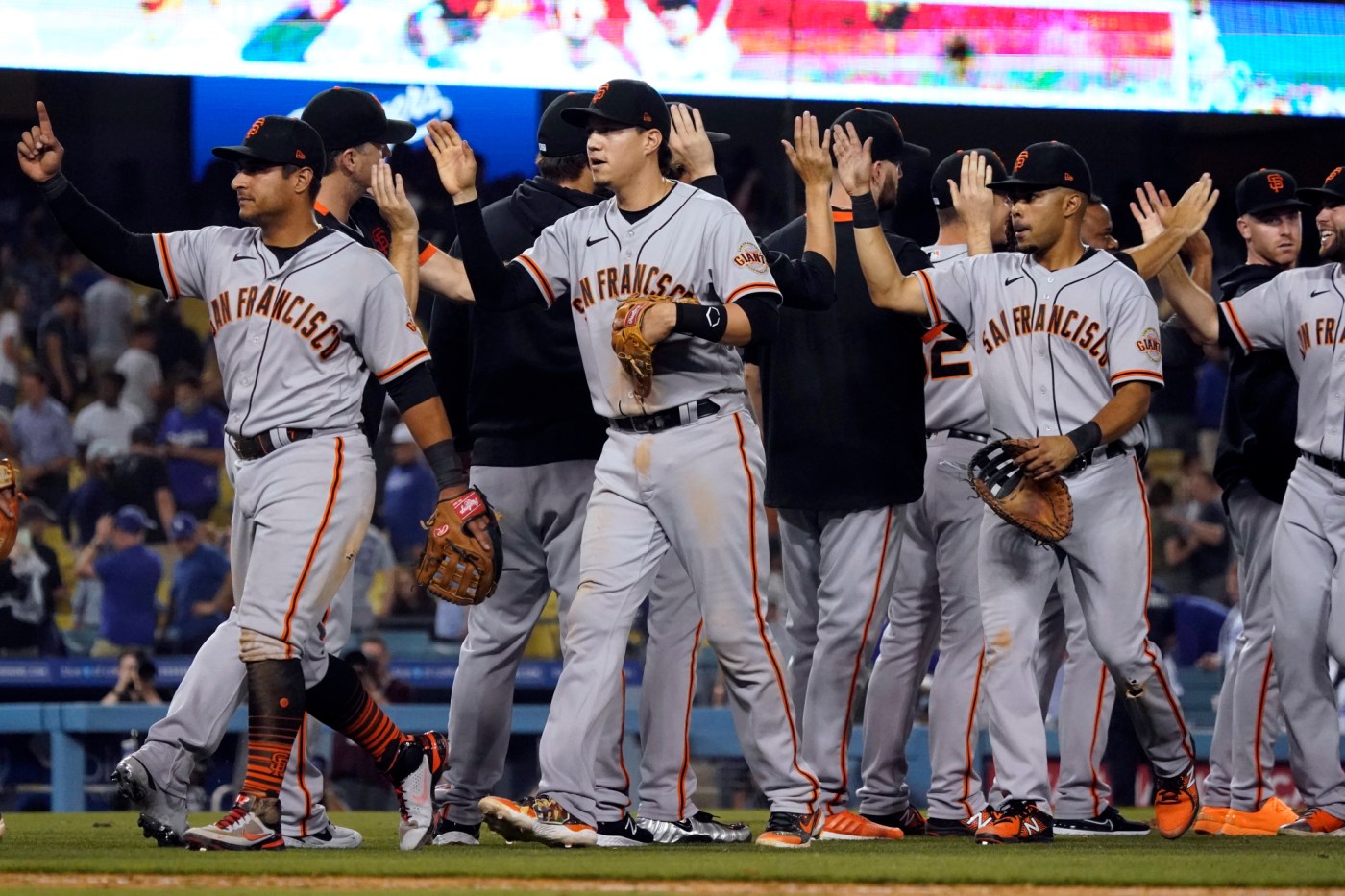 LOS ANGELES — The last time a Budweiser product was featured so prominently in the Giants clubhouse, Madison Bumgarner was splashing a six-pack of suds over his face following a 2014 NLCS victory.

Bumgarner’s signature celebration was more subdued when he led the Giants to a Game 7 win over the Kansas City Royals to secure his third career World Series ring, but sipping on one beer is still a way to commemorate a special win.

After closing out a 4-2 come-from-behind win over the Dodgers on Wednesday night in Los Angeles, Rogers entered the Giants’ “Zoom room” and confirmed to reporters he planned to enjoy an adult beverage.

“Absolutely I’m going to have a celebratory Bud Light,” Rogers said with a laugh.

Before and after: Fans return to Giants, A’s games following a season away

Only 24 hours earlier, Rogers was drowning his disappointment with the same beer.

“I’m going to have a Bud Light and rinse this one off and be ready tomorrow,” Rogers said Tuesday.

Oh was he ready.

A night after …read more