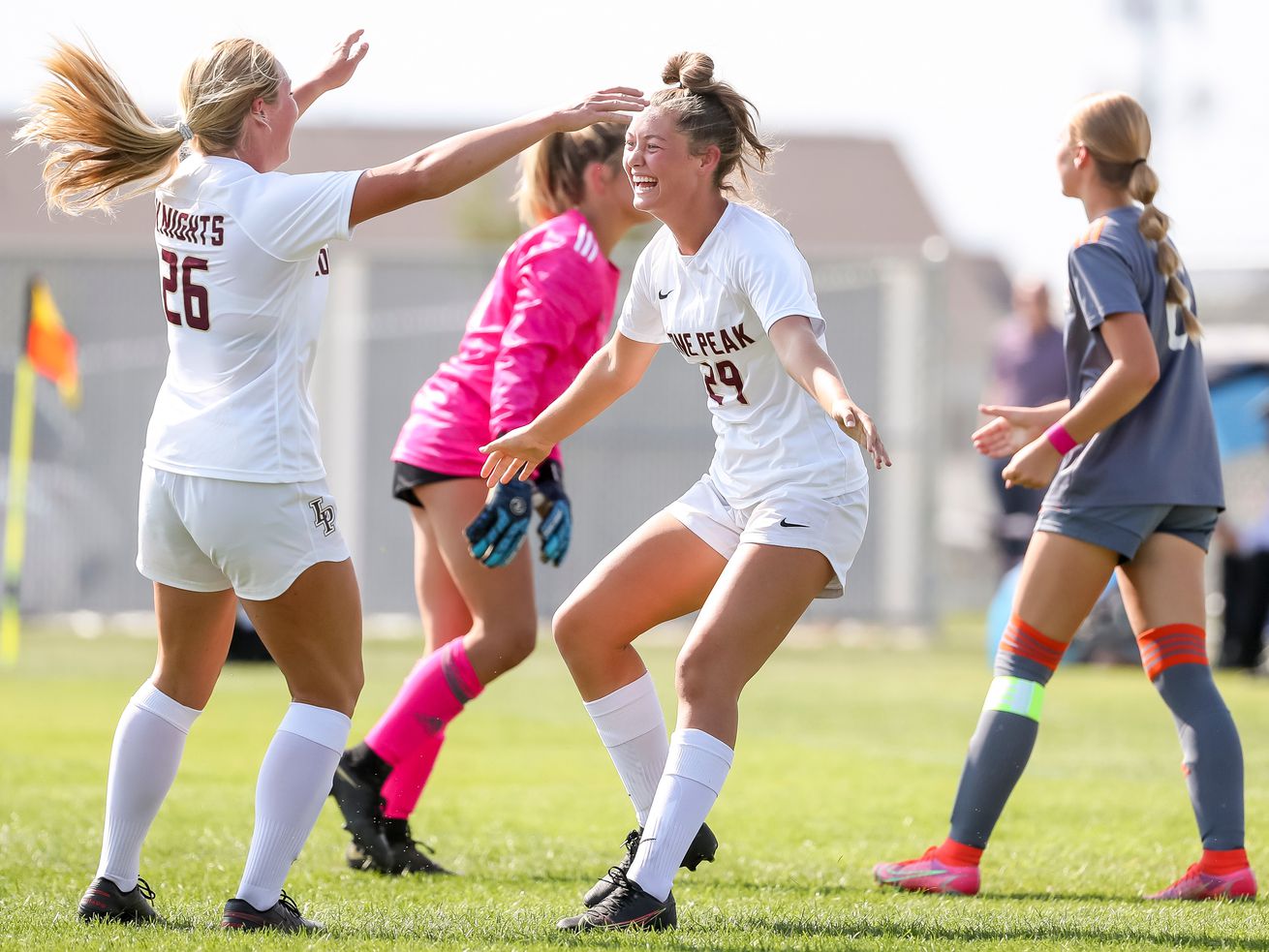 When news broke to the Lone Peak Knights girls soccer team that senior forward Camryn Jorgensen would miss the remainder of the season with a Lisfranc injury, they were emotional, not only because Jorgensen had played her final high school soccer game, but also because they knew that losing Jorgensen would be significant on a team with state title aspirations.

“Without question the girls realize that Cam was probably the best player we have because she does a little bit of everything,” Lone Peak head coach Shantel Jolley said. “She’s literally one of those players that’s all over the field doing absolutely everything…losing her leaves a big hole on our team.”

In their Thursday afternoon matchup with Skyridge, the Knights each Jorgensen’s No. 11 written on their right legs, a symbol of not only their support of Jorgensen, but a reminder that each player had a responsibility to fill the void left by the forward’s unwelcomed departure.

“We’re hoping they can each play a little bit like Cam does,” Jolley said when asked about having Jorgensen’s number written on her player’s legs. “We wanted to play for her. It’s been an emotional week for (the team), so having that reminder that Cam is done helped them play for her and play like her at the same time.”

The message appeared to work to perfection, as Lone Peak handled a challenging Skyridge side with relative ease, cruising to a 4-0 victory that gave the Knights the lone claim to first place in Region 4 and a 10-0 overall record to go along with it.