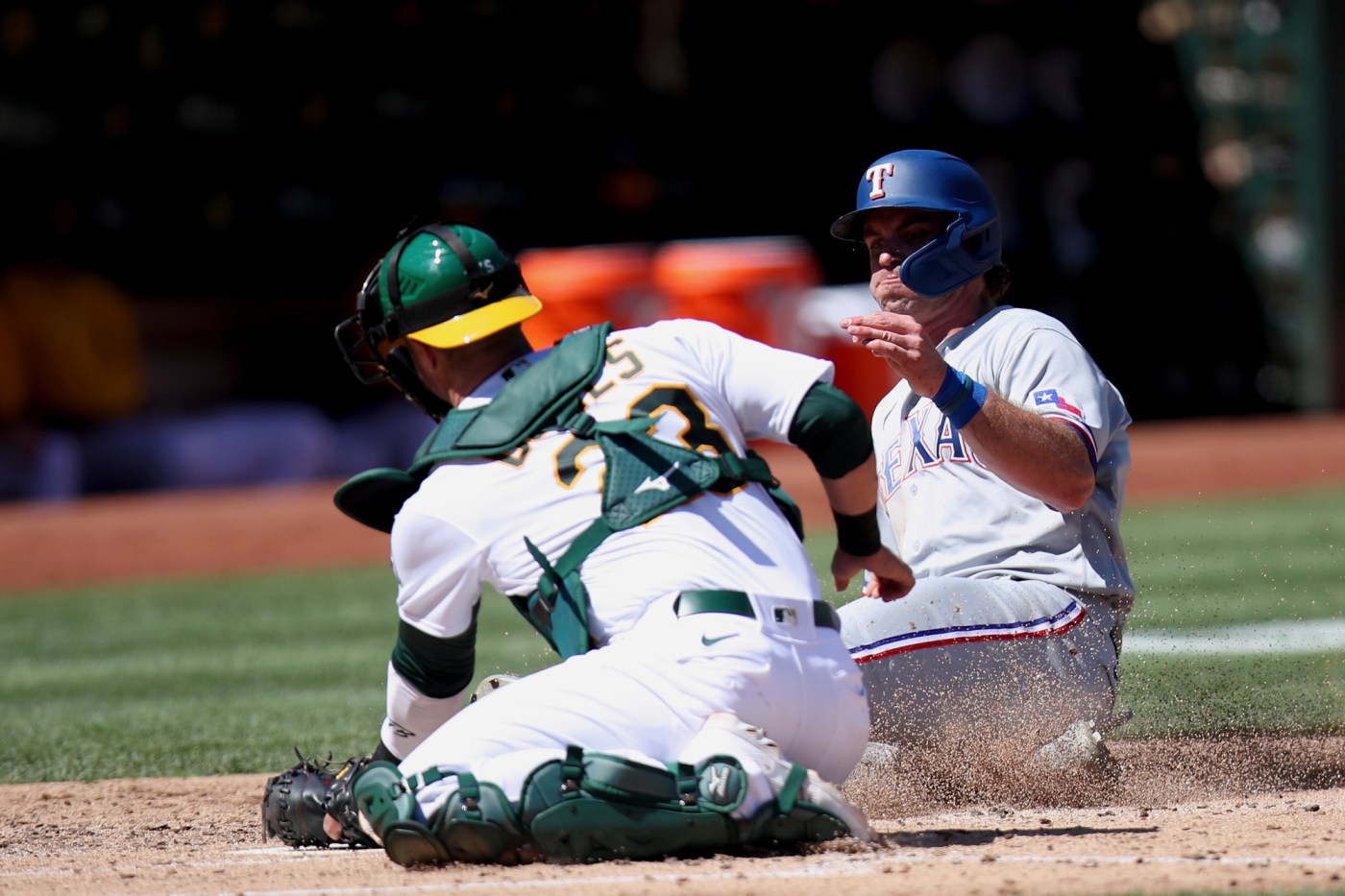 OAKLAND —  The Oakland A’s entered the eighth inning with a four-run lead and left it with a one-run deficit as their bullpen’s struggles resurfaced at the worst time.

The A’s lost to the Texas Rangers, 8-6, on Saturday afternoon with three of the team’s most sturdy late-inning relievers at their most vulnerable yet.

Sergio Romo gave up a two-run home run to DJ Peters and an RBI double to Yohel Pozo, leaving the game to Andrew Chafin with two outs. But former A’s catcher Jonah Heim — traded to Texas with Khris Davis for Elvis Andrus — hit his hanging 0-2 slider for a go-ahead two-run home run 447 feet. Yusmeiro Petit gave up a solo home run in the ninth.

“A lot of it has to do with — we had a pretty decent pecking order for a while,” manager Bob Melvin said. “Lou was doing the closing for a while, when you take your closer out there you do things a little differently. He had a good game last night, we see where we go from here. But, shoot, we have a lot of confidence in Romo and Chafin finishing off that game. It just didn’t happen.”

The A’s bullpen is in apparent disarray since Lou Trivino pitched himself out of the closer’s role. The A’s have the arms to step up, but at this point in the season stepping up takes its toll. Chafin entered his save opportunity with a .474 opposing hitters’ OPS ranked second among Major League relievers. One hanging slider led to his third blown save.

“He’s been really good about burying his slider,” Melivn said. “That must have been the first slider he hung all year.”

Romo picked up a save in two of his last four appearances, but left most of his pitches over the plate in …read more