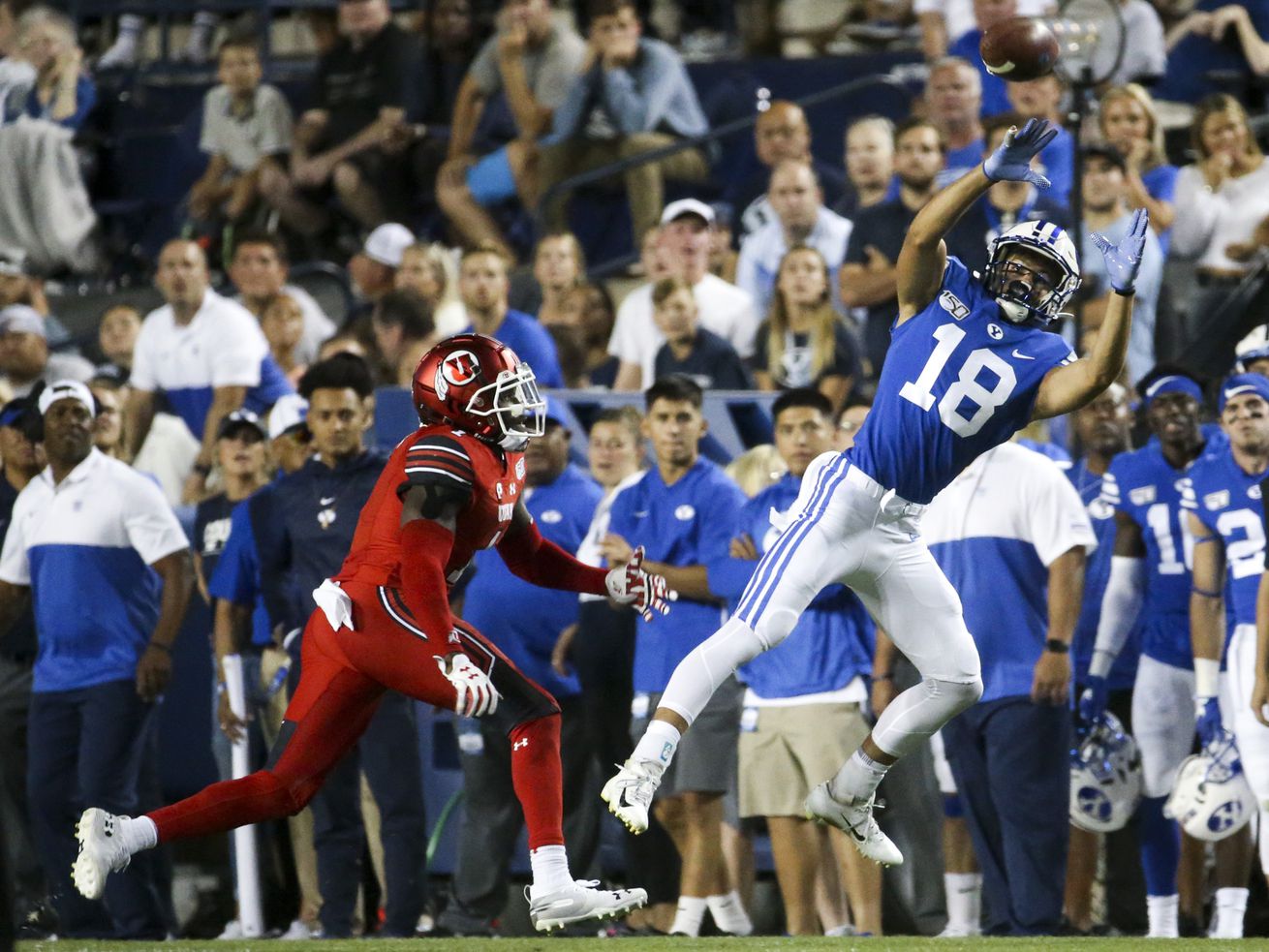 BYU wide receiver Gunner Romney hauls in a pass while being defended by Utah defensive back Jaylon Johnson during game at LaVell Edwards Stadium in Provo on Thursday, Aug. 29, 2019. | Colter Peterson, Deseret News

Utah is hardly the only Power Five team that schedules FCS opponents, but not playing BYU annually isn’t right

The BYU-Utah rivalry game is back after a one-year break that was forced by the pandemic. There is no sporting event in Utah that is anticipated more than this showdown. Too bad it’s going away for a while. The Utes and Cougars aren’t scheduled to play again until 2024.

Here we go again. This is a tired subject, one that keeps resurfacing because of wrongheaded thinking on the Hill. Picking up where his predecessor left off, Utah athletic director Mark Harlan has tried to justify why the Utes aren’t playing the Cougars the next two seasons.

“We play nine conference games, which is more than some conferences. You’ve got to figure all those are going to be battles,” Harlan told the Deseret News earlier this year. “We play BYU, but some years we might take a year or two off. In general, I would like to see another premier opponent when we can that matches up and makes sense to complement that overall philosophy.”

Chris Hill, the school’s previous AD, came more to the point in 2012, when the Utes decided to not schedule football games with BYU in 2014 and 2015. Hill reasoned that it was too much to play the Cougars when they had scheduled Michigan those years.

“What we have to do is make sure we don’t come close to overscheduling,” Hill told the Salt Lake Tribune at the time. “I can’t expect us to play …read more