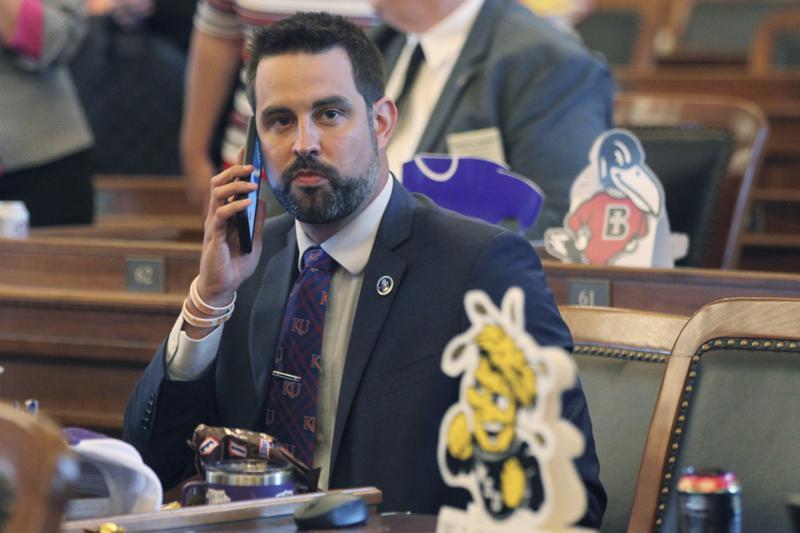 TOPEKA, Kan. (AP) — A Kansas legislator who was accused of kicking a high school student in the groin while substitute-teaching accepted a year’s probation under a plea deal Monday.

State Rep. Mark Samsel, 36, was originally charged with battery after confrontations with two boys in an art class on April 28 in Wellsville. Under the deal, he pleaded guilty to misdemeanor charges of disorderly conduct.

Samsel agreed not to use social media for personal purposes or have any contact with the two students other than writing letters of apology to both.

The lawmaker said in a Facebook post last month that “extreme” stress caused him to have “an isolated episode of mania with psychotic features” in the classroom. He disclosed that he was undergoing mental health treatment and surrendered his state substitute teacher’s license.

When he began talking at length about a Black youth who he said had tried to kill himself because “both his parents are women,” one of the students put in his earbuds. Samsel pushed the student against a wall, threatened to “unleash the wrath of God” and kicked the student in the testicles, according to a police affidavit.

A criminal complaint filed by Franklin County Attorney Brandon Jones accused Samsel of having made physical contact with two 15- or 16-year-old students “in a rude, insulting or angry manner.” A third charge alleges that Samsel caused “bodily harm” to one of the students.

According to the affidavit, Samsel said he only “demonstrated a kick” to the boy. He also said God told him to do what he did.