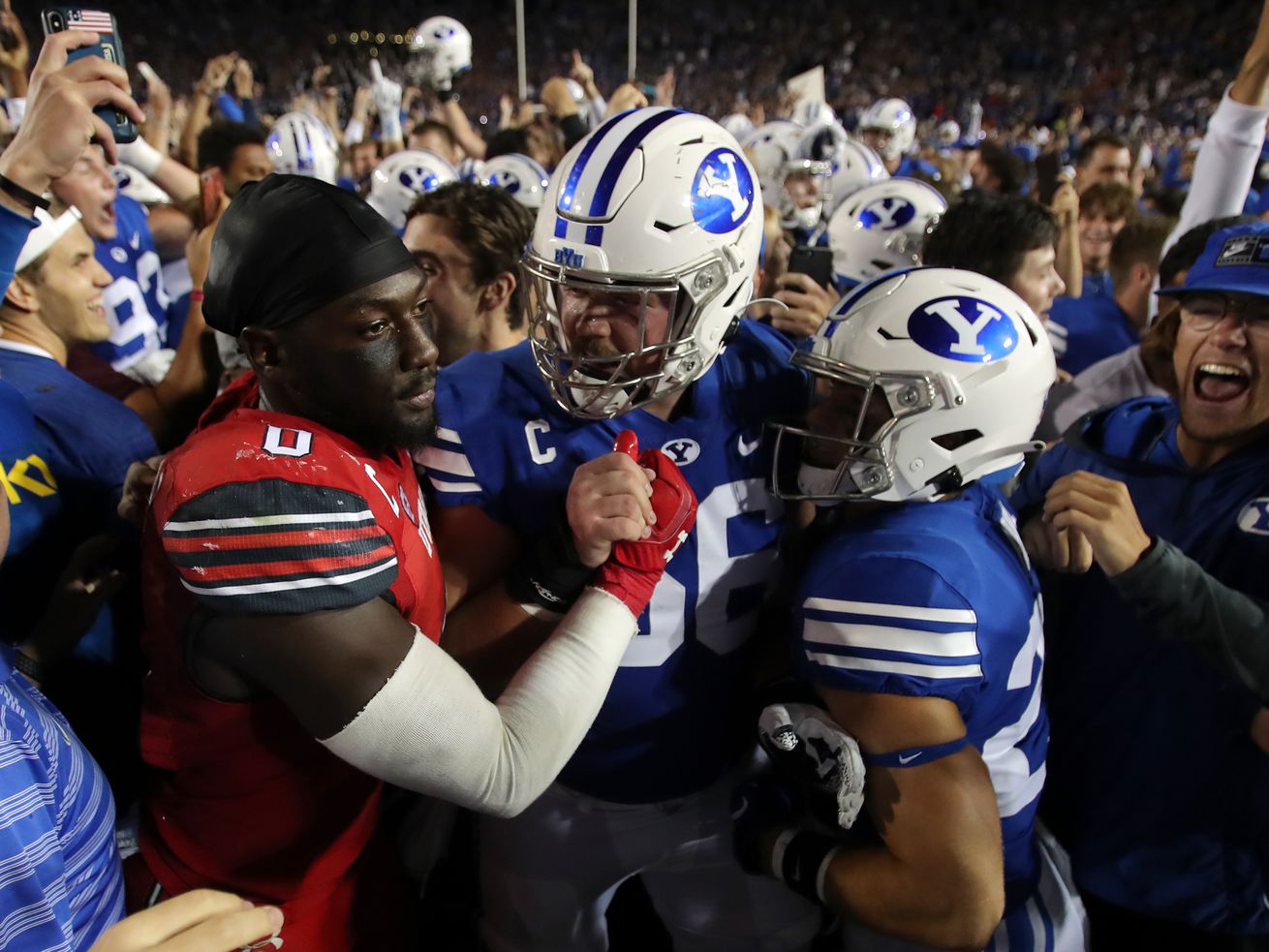 James Empey and R.J. Willing went about their business largely unnoticed in those two victories, but that’s only because they were doing their job well

James Empey and R.J. Willing will always share one thing in common — they both engineered victories over rival Utah, while remaining just outside the center of attention.

Empey’s Cougars are marching on from Saturday’s 26-17 victory against the No. 21 Utes, which snapped a losing streak that began just after Willing’s Cougars beat Utah 26-23 in 2009.

Sandwiched between those two wins are the well-documented nine straight defeats.

BYU fans bought all the tickets and stormed the field on both nights, celebrating their heroes, while both Empey and Willing left without much fanfare.

That’s life at the center position.

“It’s a tribute to the guys playing their butts off, the coaches preparing us and Jaren getting out of trouble with his feet a little bit. We were able to get it done when it mattered most.” — BYU center James Empey

“Once a lineman, always a lineman,” Willing said. “Your name is not supposed to be known if you are doing your job.”

Both centers did their jobs in those games very well.

Empey, a 6-foot-4, 303-pound junior from American Fork, powered an offensive line on Saturday that escorted the BYU runners to 219 rushing yards — the most against the Utes since 1996, while not allowing any sacks.

“It’s a tribute to the guys playing their butts off, the coaches preparing us and Jaren getting out of trouble with his feet a little bit,”said Empey. …read more