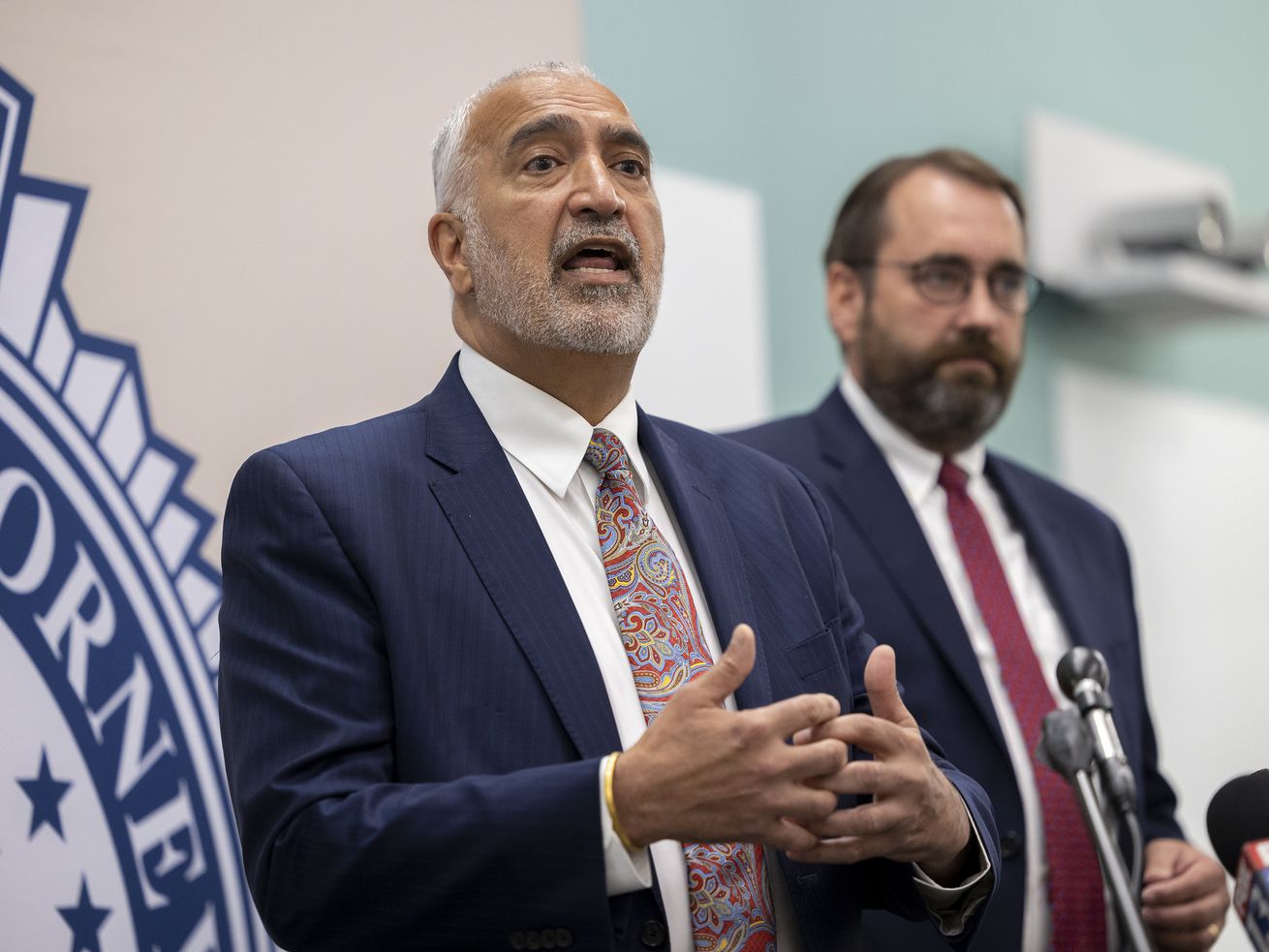 Calling it “a false hope,” “a big lie” and a “fraud,” the attorneys of three counties in Utah — two Democrats and a Republican — stood together Tuesday to call on state lawmakers to eliminate the death penalty.

Salt Lake County District Attorney Sim Gill, Utah County Attorney David Leavitt and Summit County Attorney Margaret Olson all announced they had signed an open letter, along with Grand County Attorney Christina Sloan, who was not present, calling on Gov. Spencer Cox and the Utah Legislature to repeal the state’s death penalty statute and replace it with a penalty of 45 years to life.

“It has failed to deter violent crime,” Gill said. “Available evidence shows that the death penalty does not have a deterring effect. It does not prevent people from committing murder or other violent crimes.”

In their letter, the four county attorneys called the death penalty a “grave defect” in Utah law that creates a liability for victims of violent crime, the due process of defendants, and for the public good. The group also laid out their reasons for calling for a repeal of the death penalty, saying that:

It does not deter violent crime.
There is a racial inequity in how it is applied.
Victims are retraumatized because of how many years a death penalty case can be appealed before being carried out.

“Instead of the death penalty providing closure to victims, the constitutional appeals that follow mean a death sentence will take decades to impose if it ever happens,” Olson said. “Since the year …read more